This is the first of two postcards depicting the legendary Paul Bunyan and his companion Babe, the Blue Ox. This particular statue pair is located in Ossineke, MI, near the old US Highway 23. Originally, Babe was constructed alone in 1938, without any legendary attribution, as a white bull overlooking the town as a symbol of good luck. In 1950 a new owner of the property painted the statue blue, and in 1953 added the Paul Bunyan statue. In 2006, the statues were  moved from the hill to a town park and restored a year later. 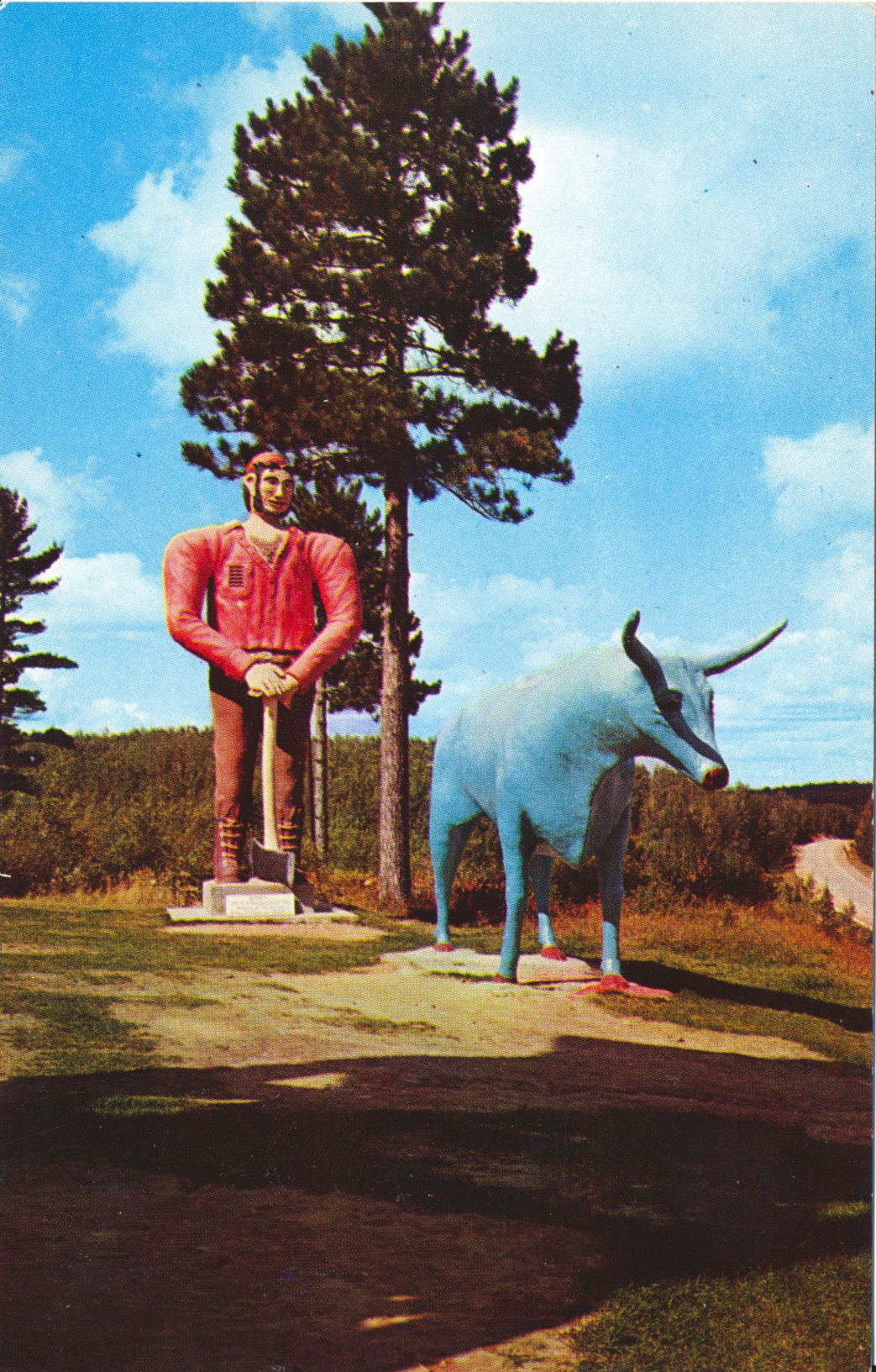 –The hillside location is obvious from the view and the presence of the highway in the lower right. This postcard is dated 1957.