This monument tells a very unusual story, and is located in the Temple Square in sight of the Mormon Temple, visible in the right background. 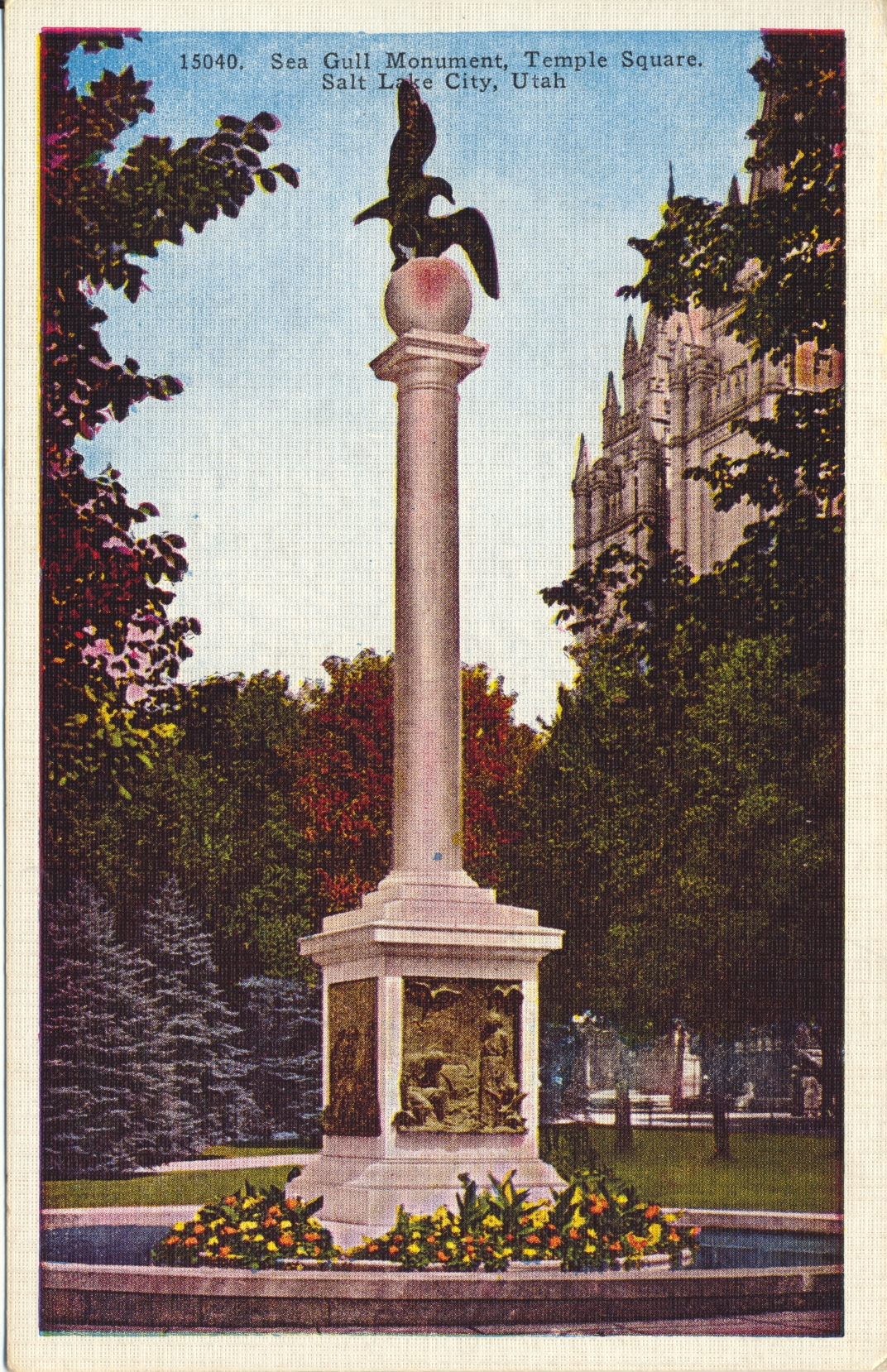 The Sea Gull Monument, situated in the famous Temple Square, was erected in commemoration of the miraculous delivery of the Mormon pioneers from starvation when a plague of crickets threatened destruction of their crops in 1848 and 1849. Flocks of sea gulls appeared and preyed upon the destroyers until the pests vanished and the people were saved.