This long view of the road leading to the State Capitol in Salt Lake City emphasizes the so-called Eagle Gate. This picture appears to be a colorized photo rather than an artist’s rendering. 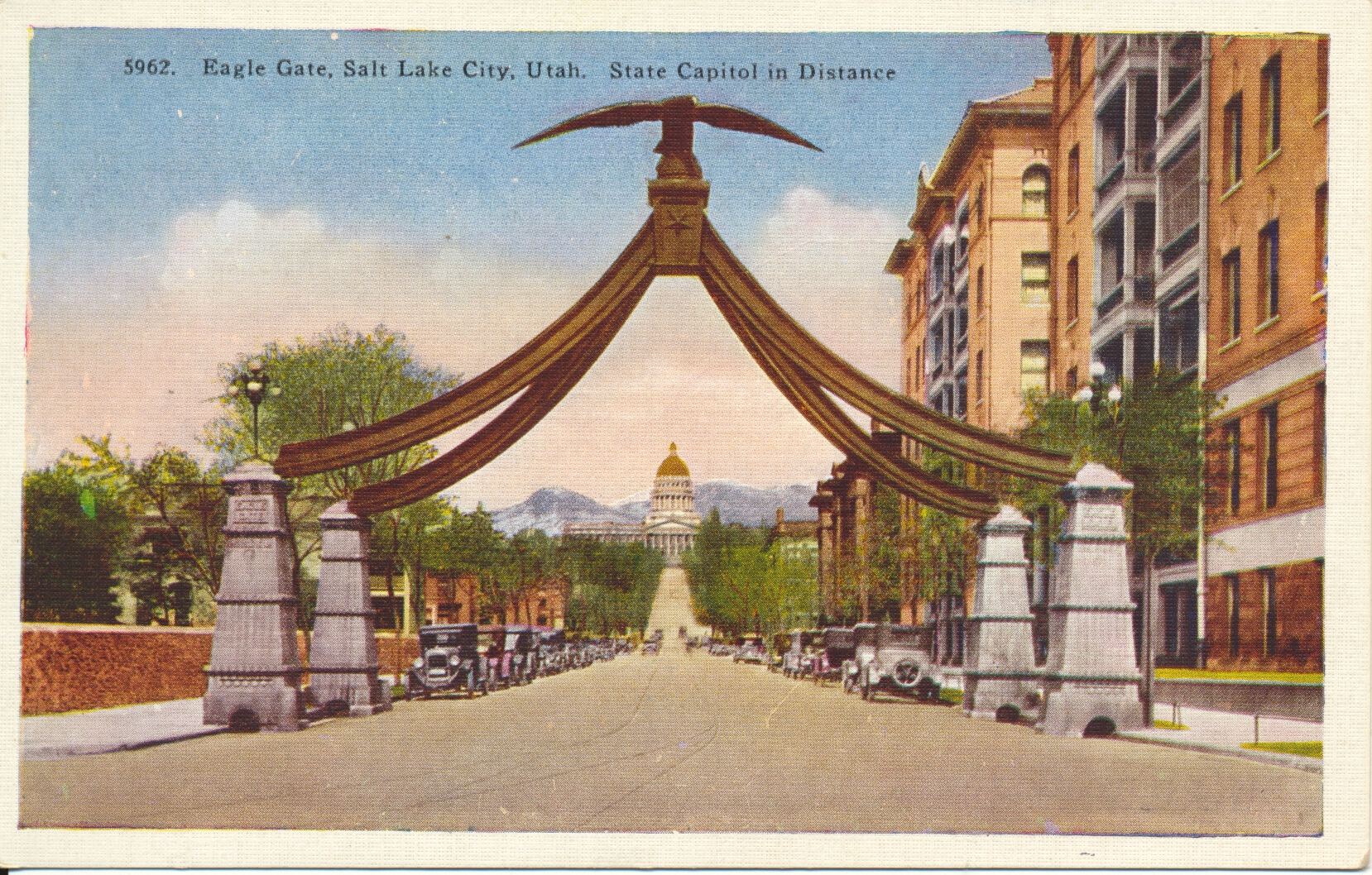 Eagle Gate, as it is called, is immediately east of the Bee Hive House; it was originally the gateway leading into the President Young’s private grounds. The eagle was carved from wood.

–While this card has a marking of the 1947 Centennial, the image shows only cars from the 1930s and earlier, and not a single car from the 1940s. It is likely this image was made before the Second World War, and the card published in the late 1940s with the older image.