We now move inside the Tabernacle itself and reveal the massive organ and choir population as presented in this era. 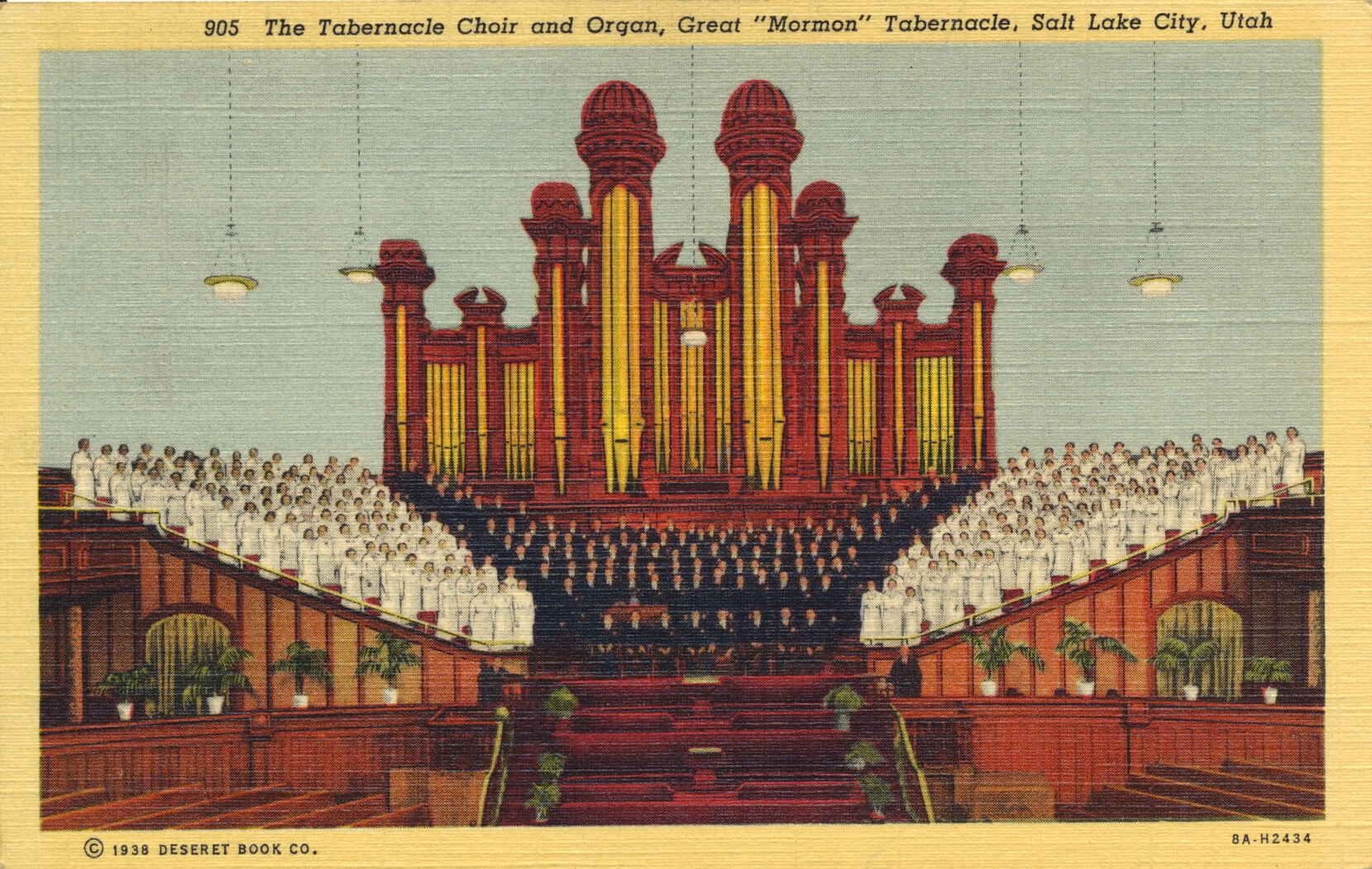 The “Mormon” Tabernacle Choir is a volunteer, unpaid organization with a membership of 325. It is famous for rite long, continuous serve in the “Mormon” Church, its many years of national weekly radio broadcasts and its frequent concert tours.

The Great Organ of nations renown was originally built in 1867 by Utah artisans. It has been thoroughly rebuilt and enlarged front time to time until it stand today the peer of, if not superior to, any pipe organ in existence.

–A comparison of this image with another posted previously on this site here shows that the arrangement of the singers has changed considerably in the intervening years. This earlier image shows the women completely separated (likely sopranos from altos) by the male contingent. In the other image, from the 1960s, the women and men are on opposite sides of the risers in single groups. It is not known if this was done to improve the quality of the performance, or simply to present a specific image for that card producer. However, this is an artist’s rendition, while the other is an actual photograph.