Closing in some from the previous card, and descending to ground level, the artist has rendered the Temple building at night with the appearance of lights on the upper half of the towers. 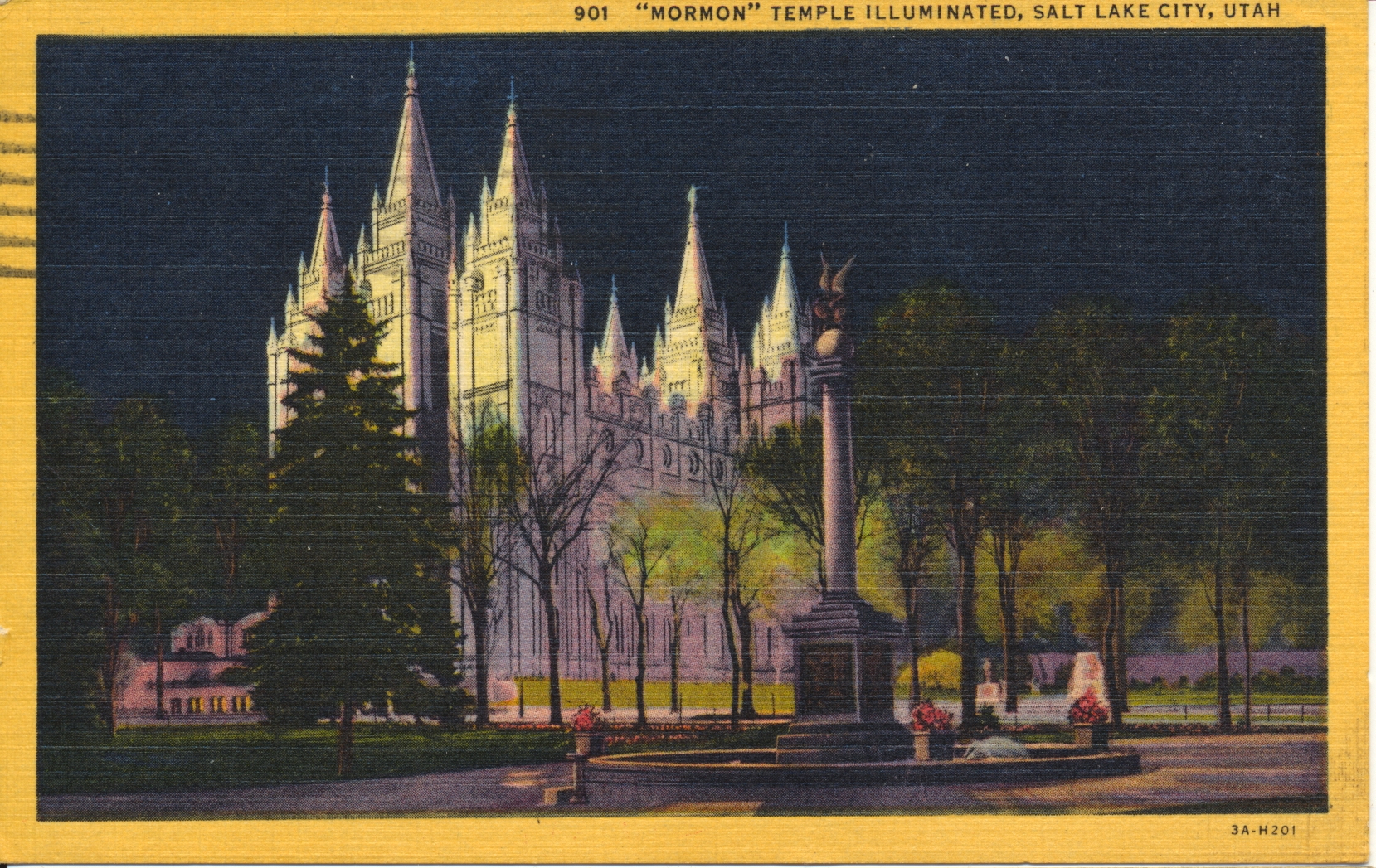 THE ‘MORMON’ CHURCH, whose official designation is the Church of Jesus Christ of Latter-Day Saints, was organized in Fayette, Seneca County, New York, April 6, 1830, with six members. The week of April 6, 1930 was celebrated as Centennial week wherever a unit of the Church was then located. The illumination of all ‘Mormon’ Temples was part of the ceremonies. The Church now has approximately 1,000,000 members.

–Obviously, now that nearly 75 years have passed, there are far more members of the LDS church. This card dates from the 1940s.