This image starts a two week visit to Utah, featuring several notable sites. First off is a long view of the salt beds at the edge of the Great Salt Lake, at a time when they were extensively mined for salt.

Most notable about this card is the perforation and thread along the right edge. This indicates that when first sold, the card had a small cloth bag of salt attached to the card. Like most such cards, the salt bag was detached and inspected or displayed. However, there are two cards with the bags still attached that will be displayed at the end of these two weeks. 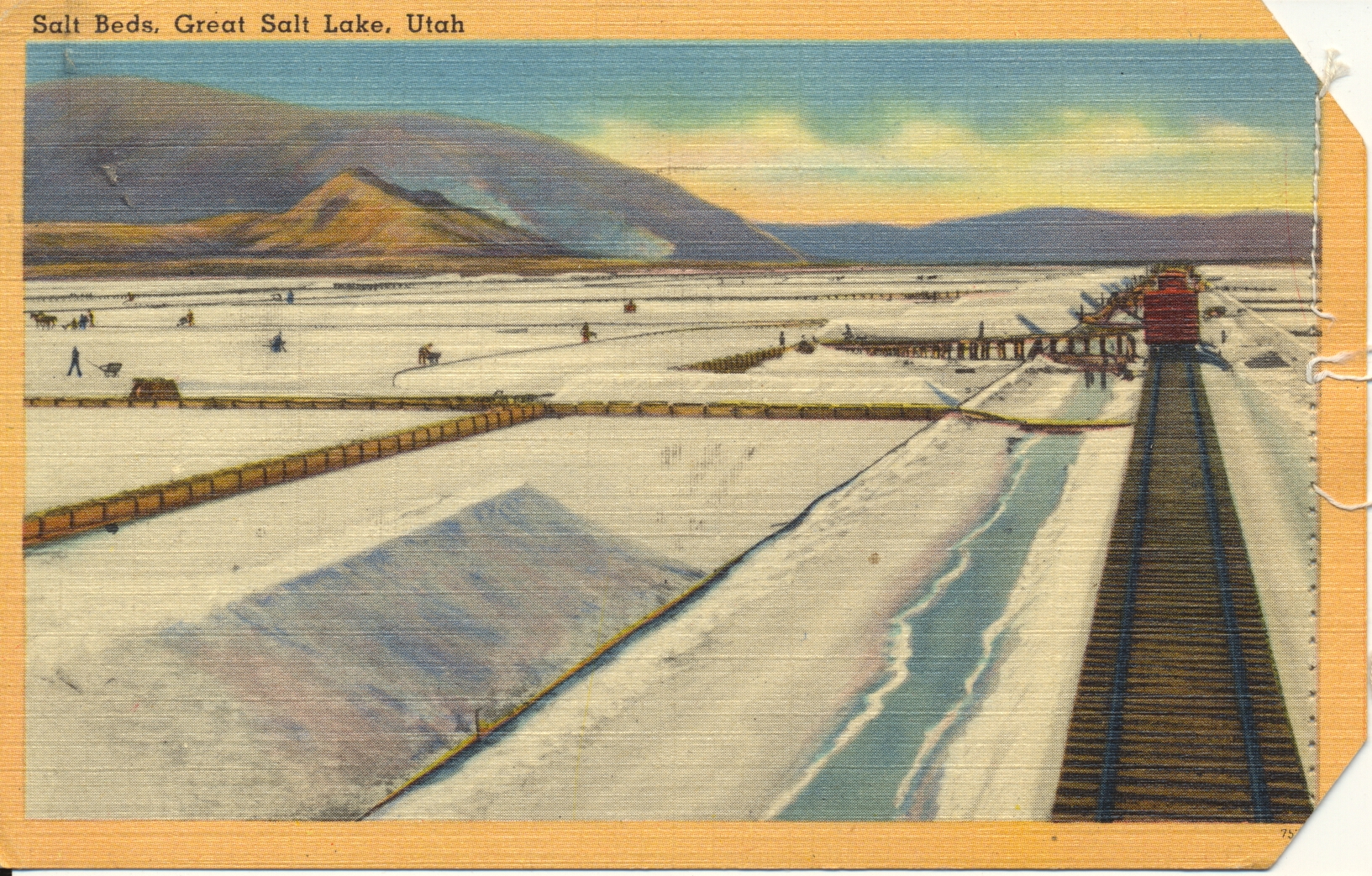 Great Salt Lake, located 15 miles west of Salk Lake City, is the largest of its character in the world. The water is about 22% solids and one may float upon it surface without effort. Thousands of tone of salt, obtained by solar evaporation, are produced annually by the industries on its shores.

–Postage for these was an additional penny at the time, bringing the total postage from 2 cents to 3. Postcards like this one are now prohibited by the Postal Serivce, as the attached bags would foul or damage the address reading machines.

This postcard was used, and is dated July 1948