This picture is taken from almost the same vantage point as the previous image, but emphasizing the right side of the falls and with no person posed in the photo. 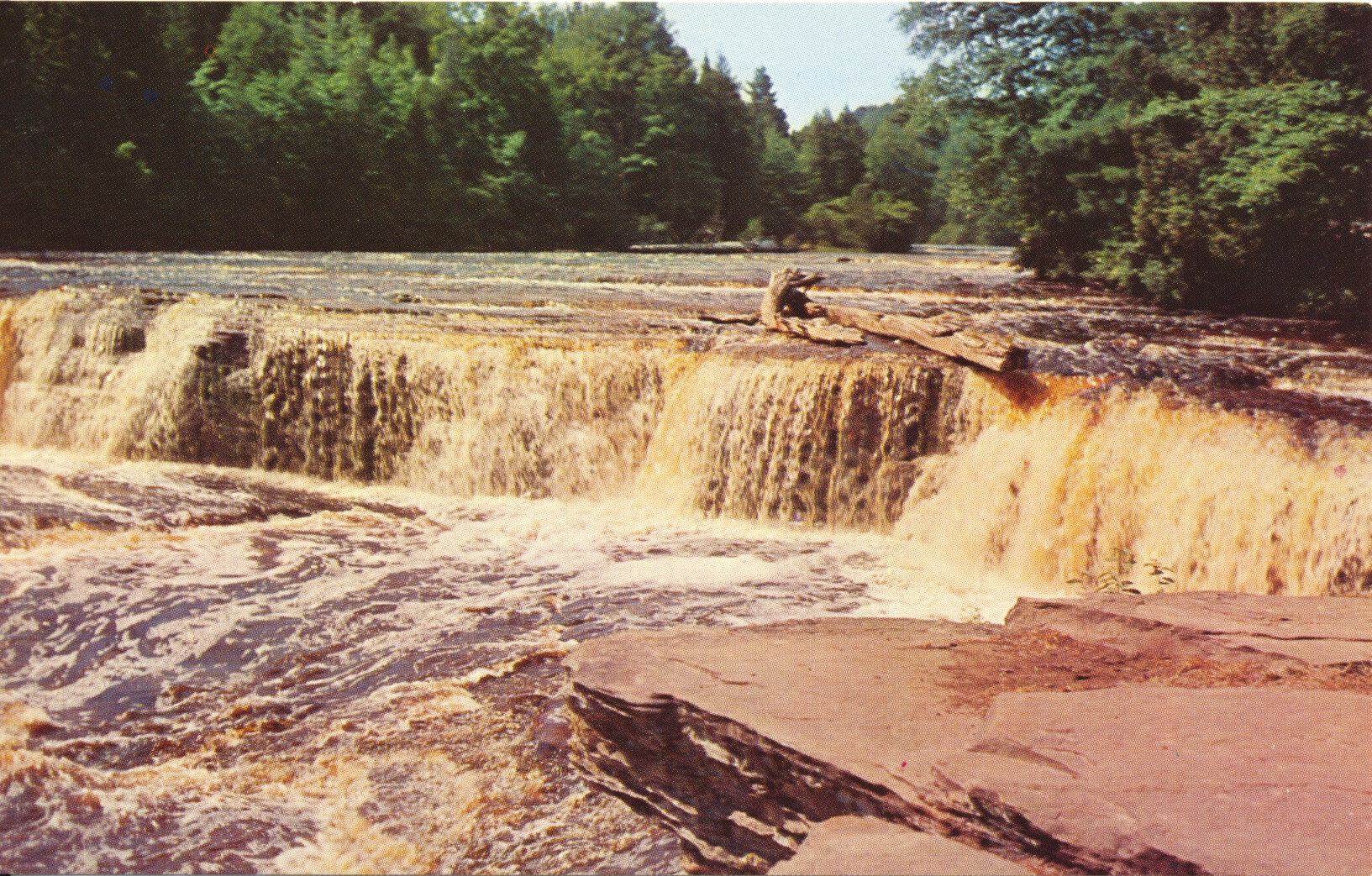 Here can be seen the “golden” waters as they cascade over the jutting rocks. This color give rise to the nickname of “Golden River” which the Tahquamenon is often called.

–Of note is the presence of the driftwood which has snagged at the top of the falls. Even though  a part of this area is shown in the previous image, the wood was not perched there at the time the other photo was taken. This image is dated 1958.