The last card from the Fort Bridger set is a photo of a typical freight wagon used in the 19th and early 20th centuries for moving goods across the far West before the arrival of gasoline engines and motorized trucks. Even when the early automobiles and trucks arrived, many were not able to haul as much over varied terrain as these venerable old wagons. 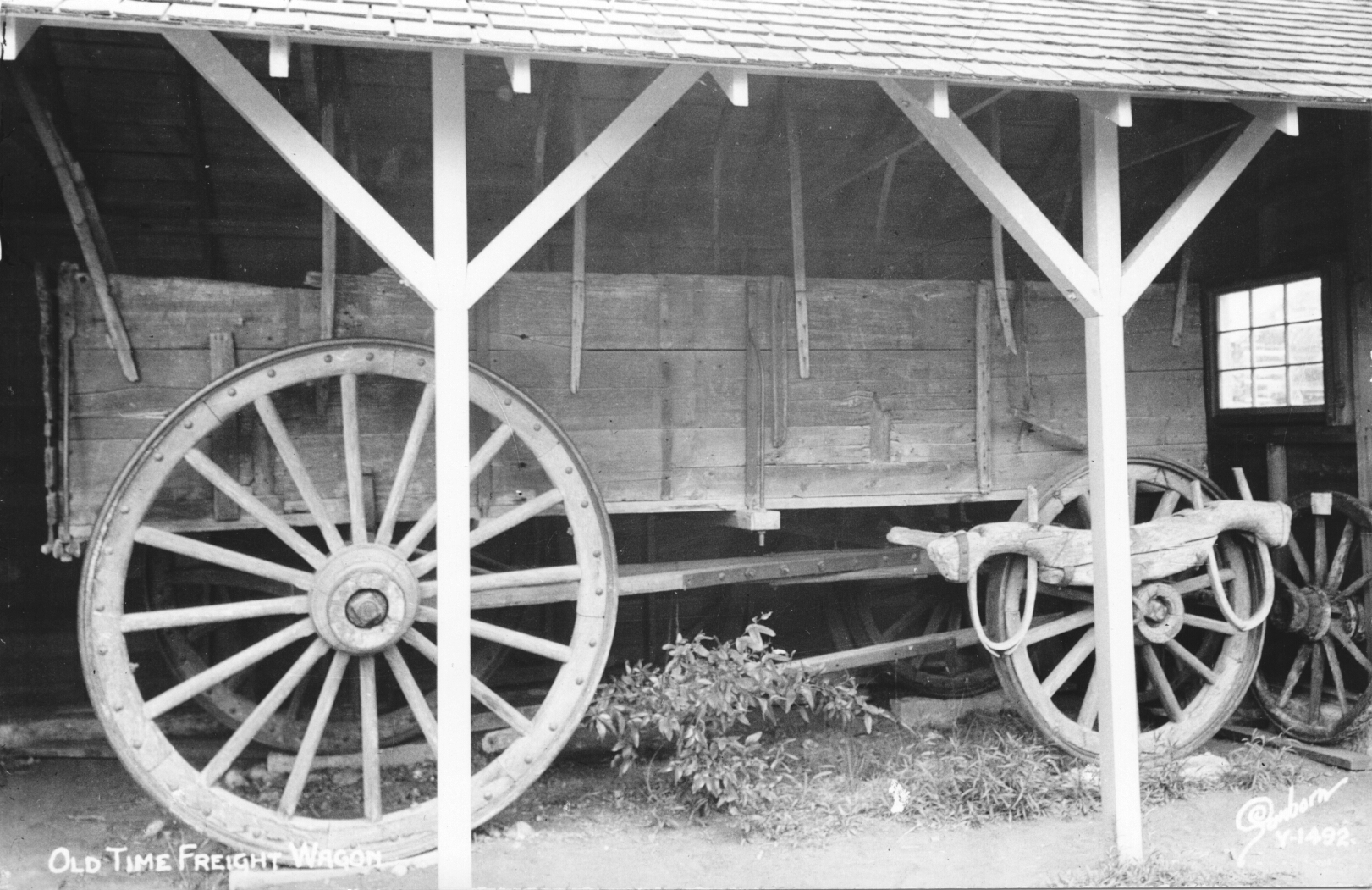 Such wagons have been preserved and put on display in various parts of the country, including Santa Barbara, California at their Carriage Museum.

This picture has no additional description for the wagon maker or type, but the photo is part of a series dating to the 1950s.