This card begins a series of images of the old frontier post of Fort Bridger, Wyoming. This particular image is a drawing of the post as it looked in 1889, one year before the US Army abandoned it permanently. The image dispels some incorrect notions of the nature of frontier forts during the Indian Wars of the late 19th Century. 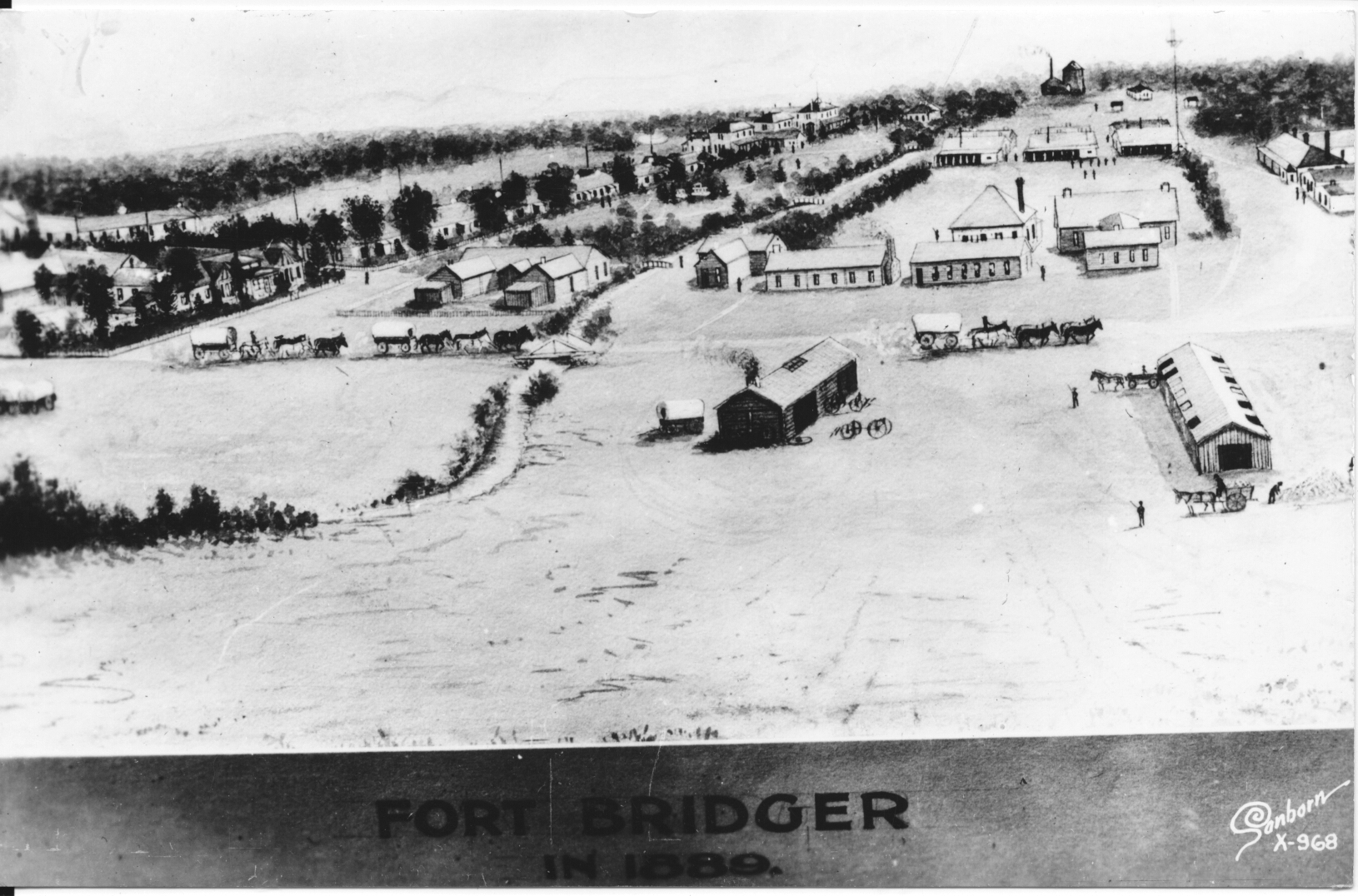 Most notably, there is no continuous high palisade wall surrounding the entire fort, as is commonly depicted in fiction. In truth, there was often a shortage of good lumber in many frontier areas, so what wood was usable was put to building living and working structures instead of a defensive wall. This settlement had walls at various times during its existence, but these were not present at many Army forts here and elsewhere.

Indeed, Fort Bridger was not even built as a defensive outpost against the local Native American tribes. It was built long before, as a fur trading center and resupply point for the Oregon Trail migrants. The buildings shown were not part of that trading post, but built by the US Army after the original post was destroyed.

The card itself was likely made in the early 1950s. There is no additional information on the back of the card.