This image is the oldest adobe residence still standing in the city of Santa Fe, New Mexico. It and the church pictured earlier are both part of the Barrio de Analco Historic District. This house is quite small and dark inside, but the thick walls provide a respite from the summer heat. 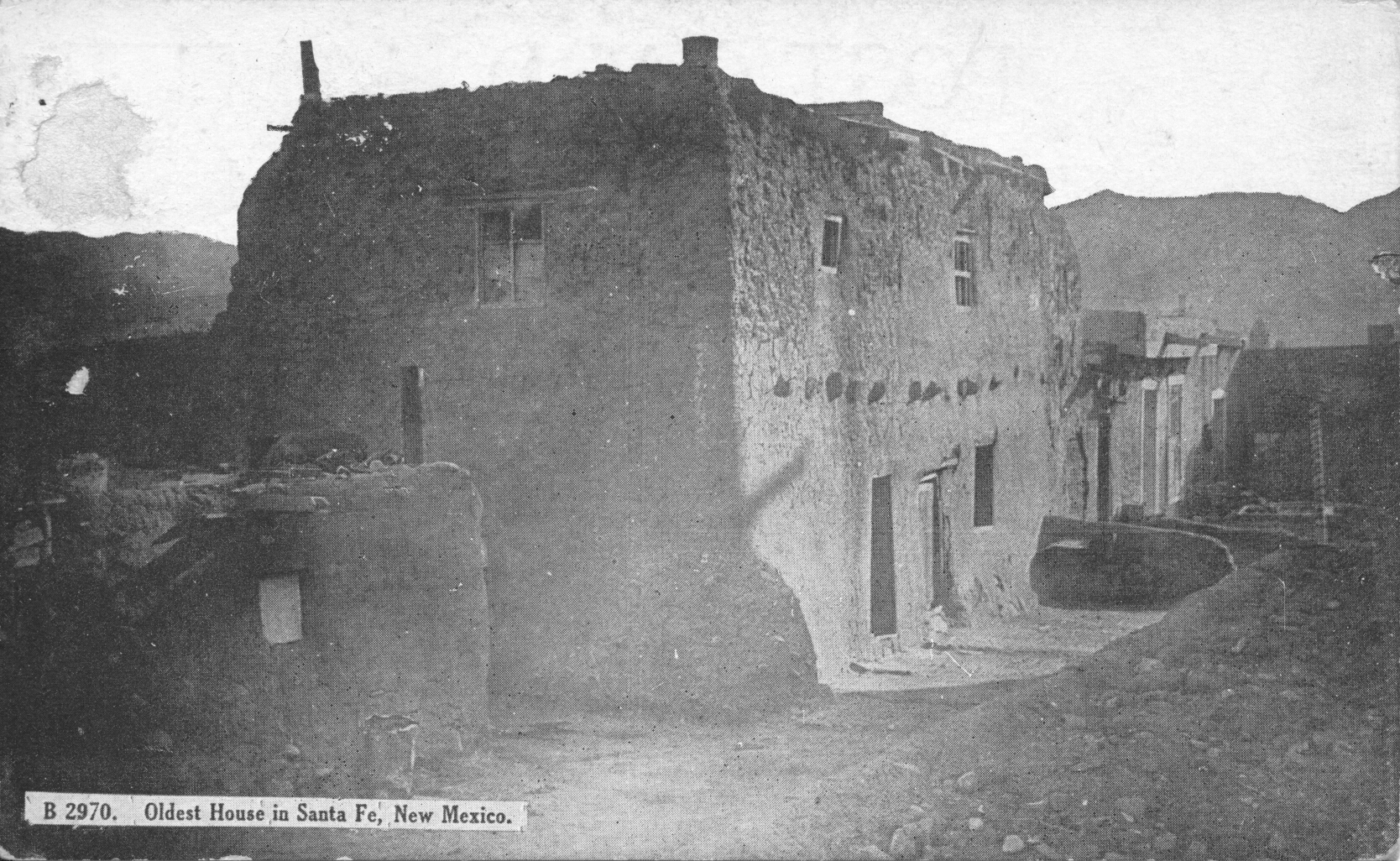 This was he residence of the Indian Chief of Tiguex, now Santa Fe, N. M. Coronado with 1,100 men in 1540, made this very old town his headquarters, until his return to Mexico in 1543, but only 100 men went with him. Those who remained formed the first settlement of Europeans in what is now the United States. Coronado and many other Governors occupied this house until the Old Palace was built in 1620, or shortly thereafter.

–It is likely much of this description is based on legend, as more recent scholarship contradicts some of the details. This photo cannot be precisely dated, but the card itself is dated 1908, so the picture is likely from the beginning of the 20th century.