The next image in this series shows the damage suffered by the church tower and other components from the storm of 1872. The restoration was not begun until 1888, likely because these missions were no longer under the control of the Catholic Church, but instead had been turned over to the local governments, many of which were poor or very remote from the missions they now administered. 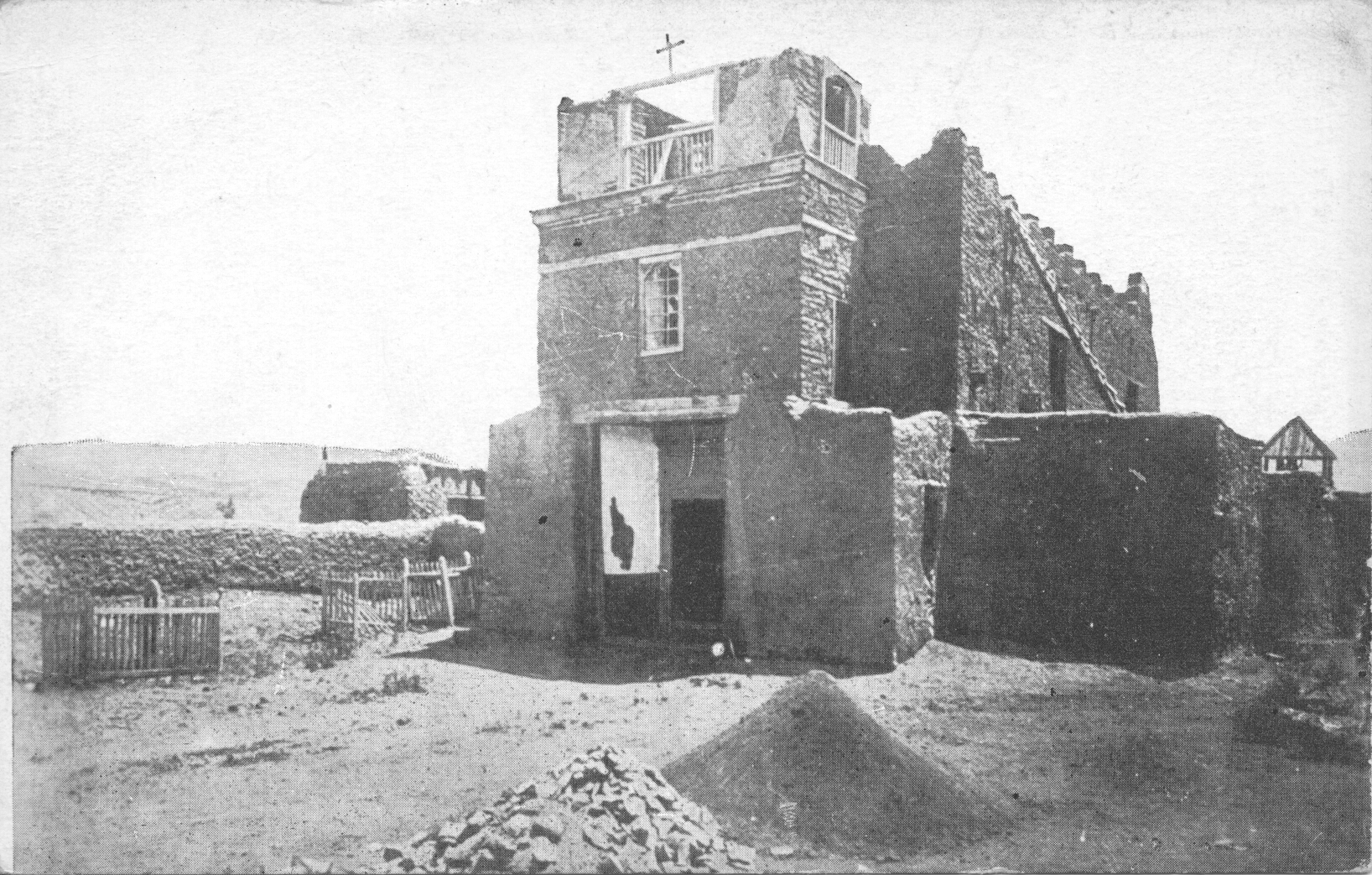 This represents San Miguel Church, Santa Fe, New Mexico as it was up to 1872. The upper portion of the tripe tower fell in 1872. In 1888, the toper and front of the church were repaired as now seen. This adobe church (ad-o-bay) was built of large sun-dried bricks. The walls are from three to five feet thick, with inside and out side covered with a thin layer of mud. The church is a wonder to all who see it.  It fronts on the old Santa Fe Trail.

–The image could date from almost any time after the 1872 storm and the 1888 reconstruction, but most likely dates from just after the storm when only minor emergency repairs and cleanup had been completed. The card itself is dated 1908.