This starts a series of very old photos of the San Miguel Mission, as it is now known, located in Santa Fe, New Mexico. It is an active church today, and claims to be the oldest church in North America. It can be seen to be in poor condition, a result of the secularization of the missions after Mexican independance. The image shows the church shortly before a storm which toppled the triple tower. 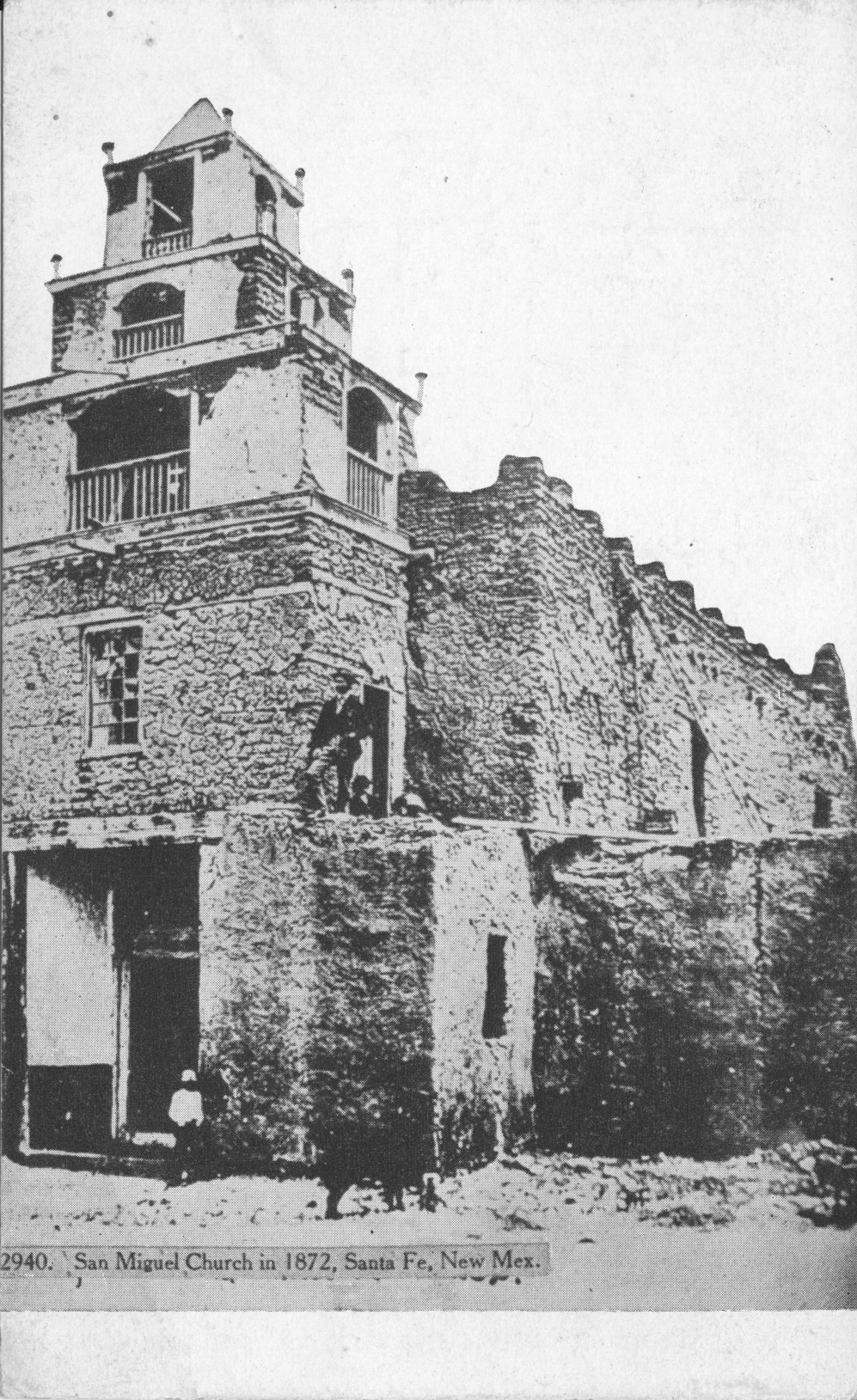 Santa Fe, N. M., 1872, was visited by a severe storm and the triple tower of the Old Church was destroyed. It was rebuilt, as now seen, in 1888, and the buttresses built against the front, with its adobe wall to the left. Chamuscado, in 151 [sic], came as far as Tiguex, now Santa Fe, and left three Franciscans. In 1582 Espejo, with a small party, flung that the Fathers had been killed. They soon all returned to Mexico. Oñate in 1607, with his colony, joined the people of Tiguex and made it the capital. It was then called Santa Fe de San Francisco.

— The correct date for Chamuscado’s expedition is 1581. The photo is clearly labelled as dating from 1872, but the card itself is copyrighted 1908.