Next postcard image is of the bridge above the river in Watkins Glen State Park. This image was obviously black and white originally, then creatively colored by an inspired illustrator. 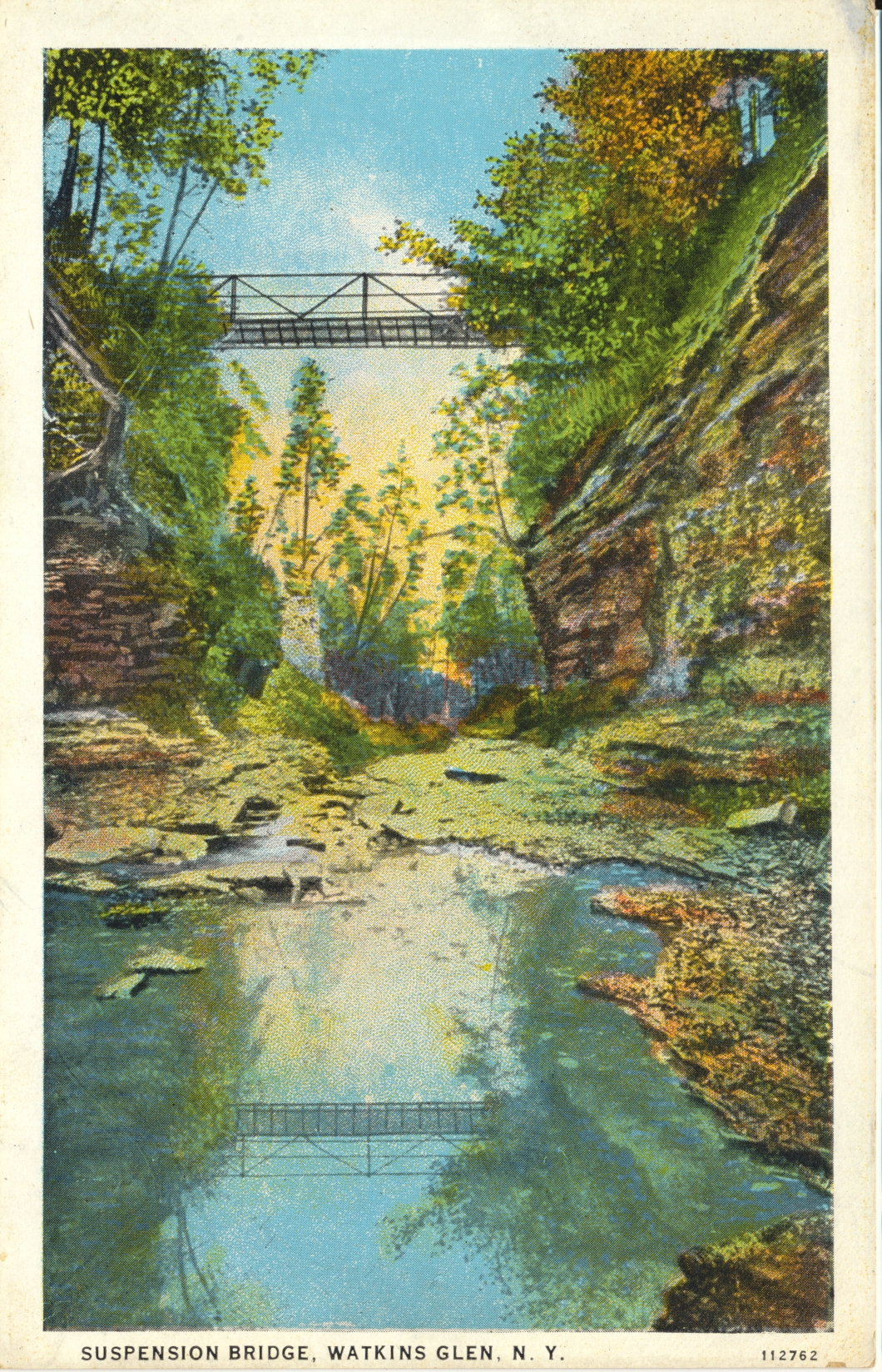 There is no description on the back of the card. It is believed this card is later than the previous one, which did not have a series number in the lower corner, and is tentatively dated from the 1940s.