This is an image of the legendary Stutz Bearcat, a model built, with interruptions, from 1911 until 1934. This example appears to be from 1917, based on the step-over sides, the external gearing, and the right hand drive. 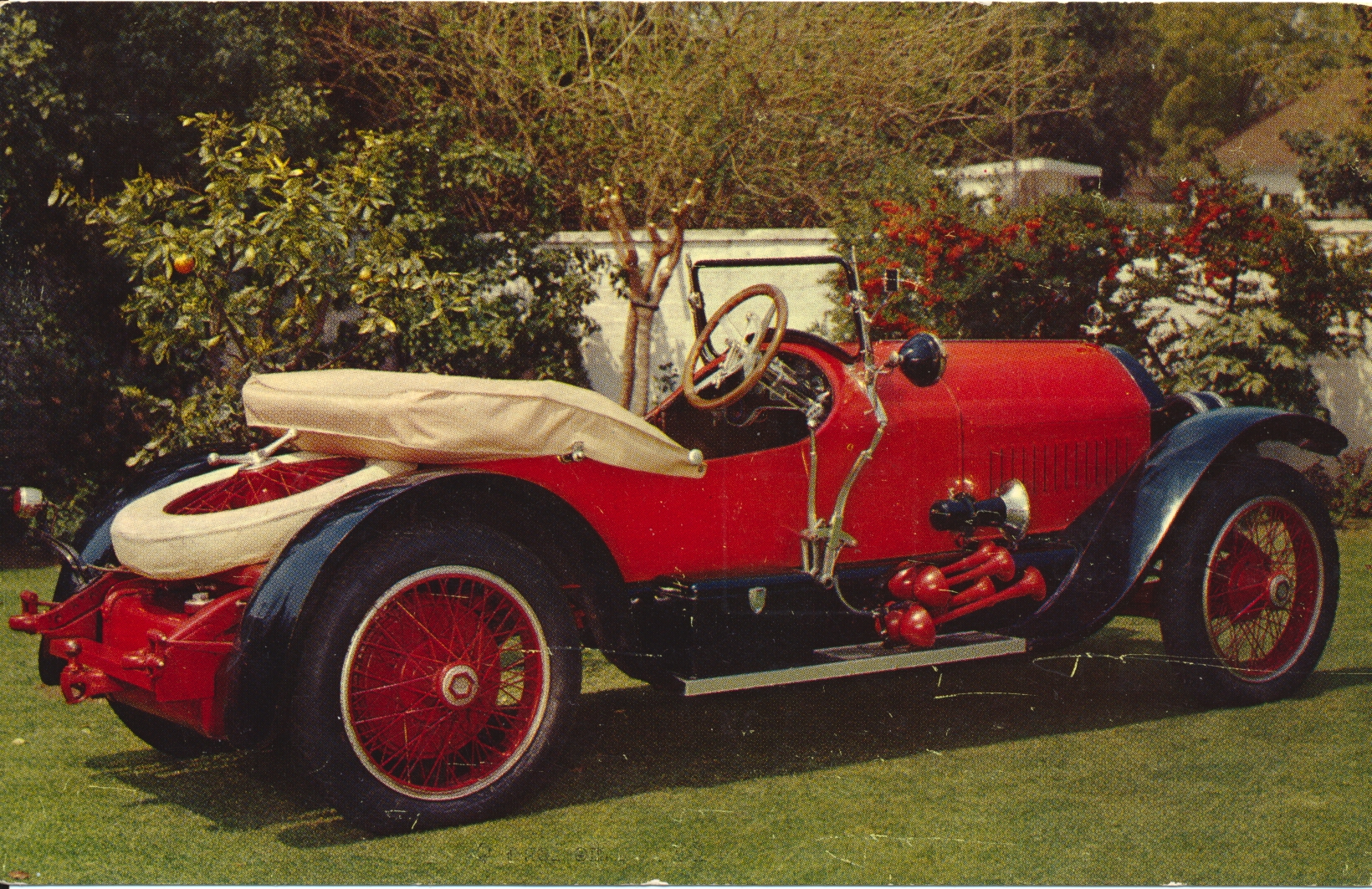 The name was considered so valuable and iconic that it was reused in other completely different designs and by other manufacturers several times over later decades. It became a car that other sporty roadsters were compared to even into the 1950s and 1960s.

This image is on a card used as a marketing promotion for the Gezon Motor Sales Company of Grand Rapids, Michigan, to remind customers to have their current cars serviced. This card was used, and is dated 3 January 1957.