This week’s folio is images of various civic and commercial structures in Pittsburgh, Pennsylvania. Historically contentious because of competing claims between the French, English and colonists, this area was primarily a military base for much of its early years. A settlement grew in the fork of the river which became the city. 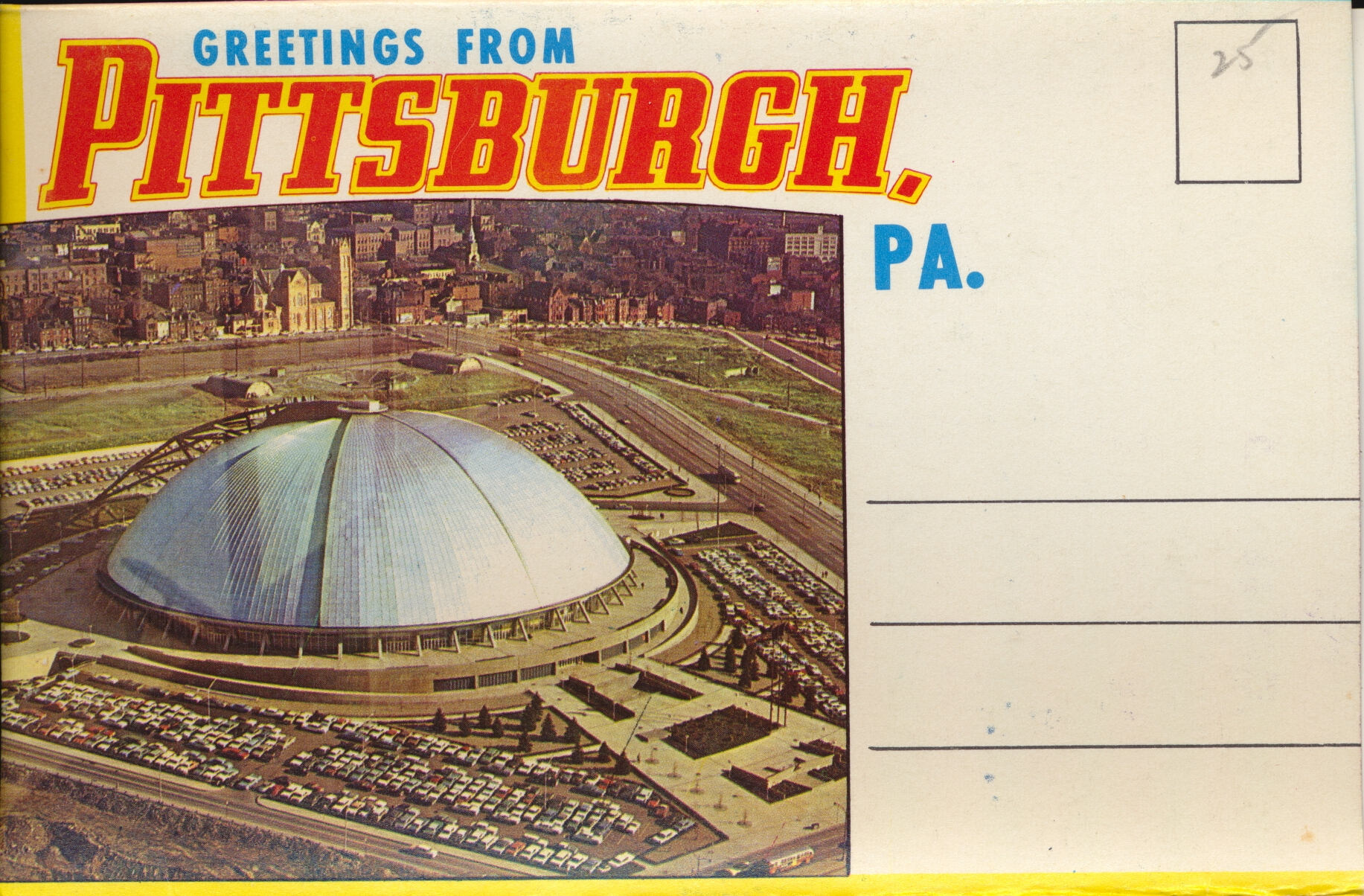 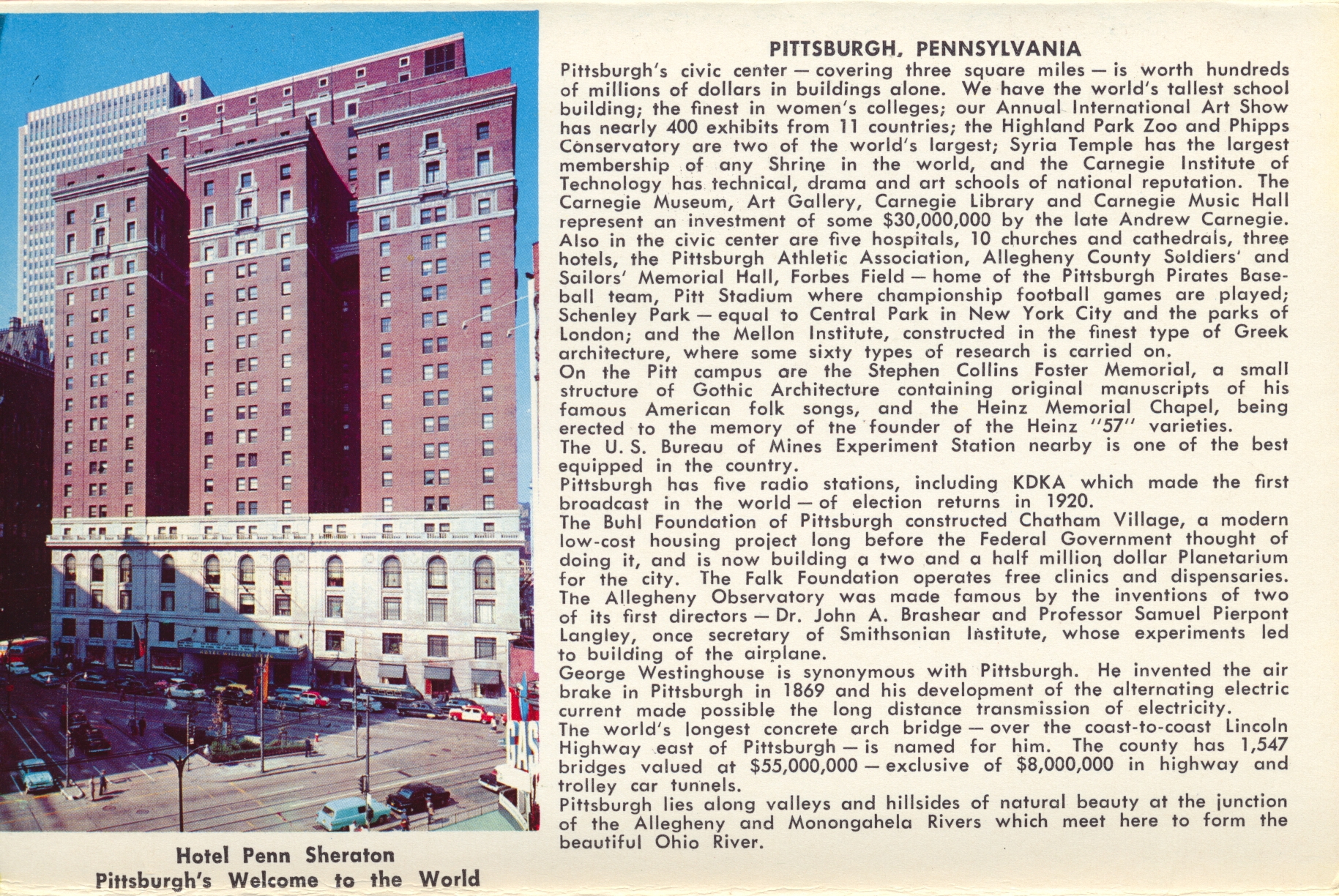 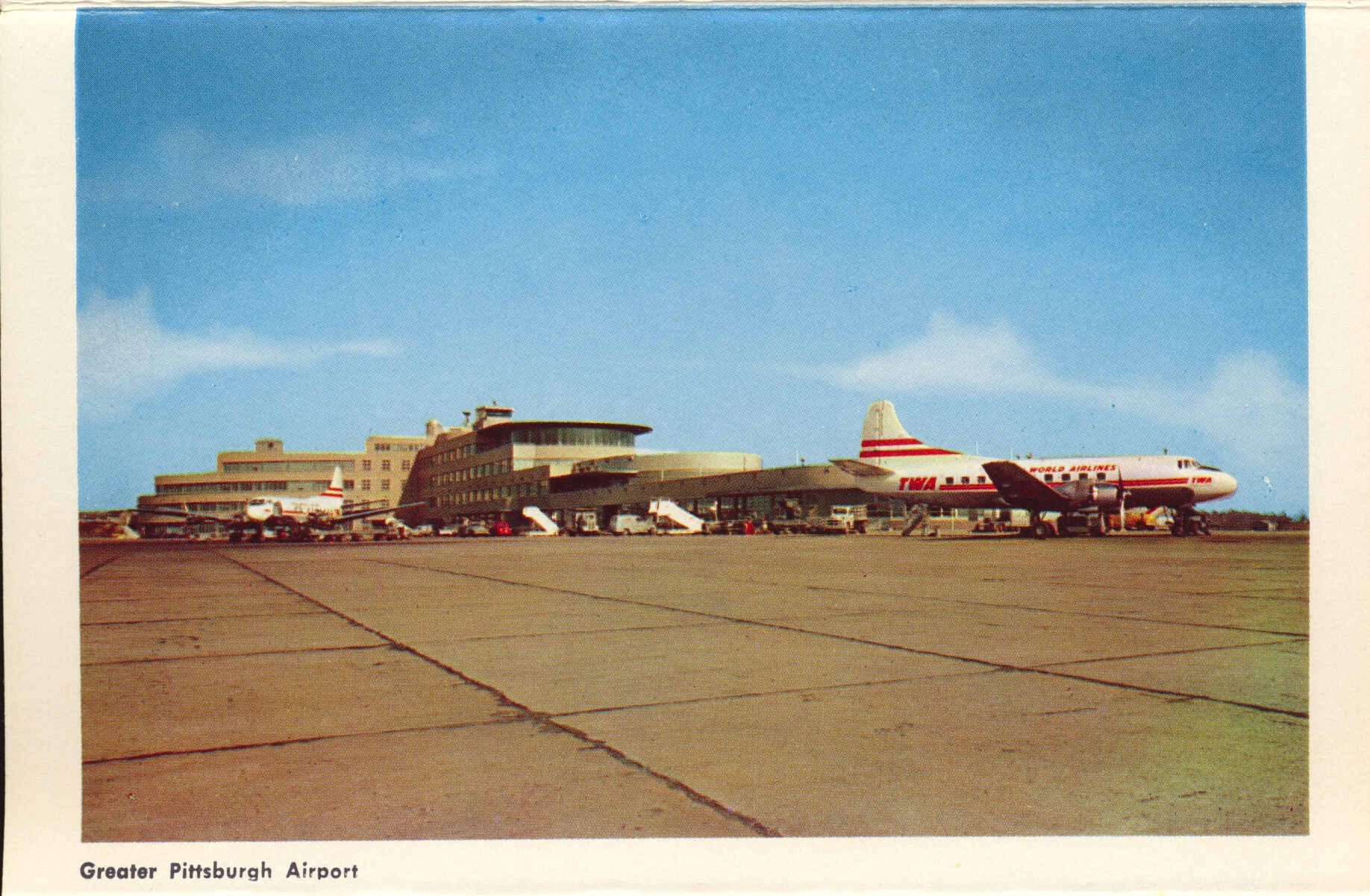 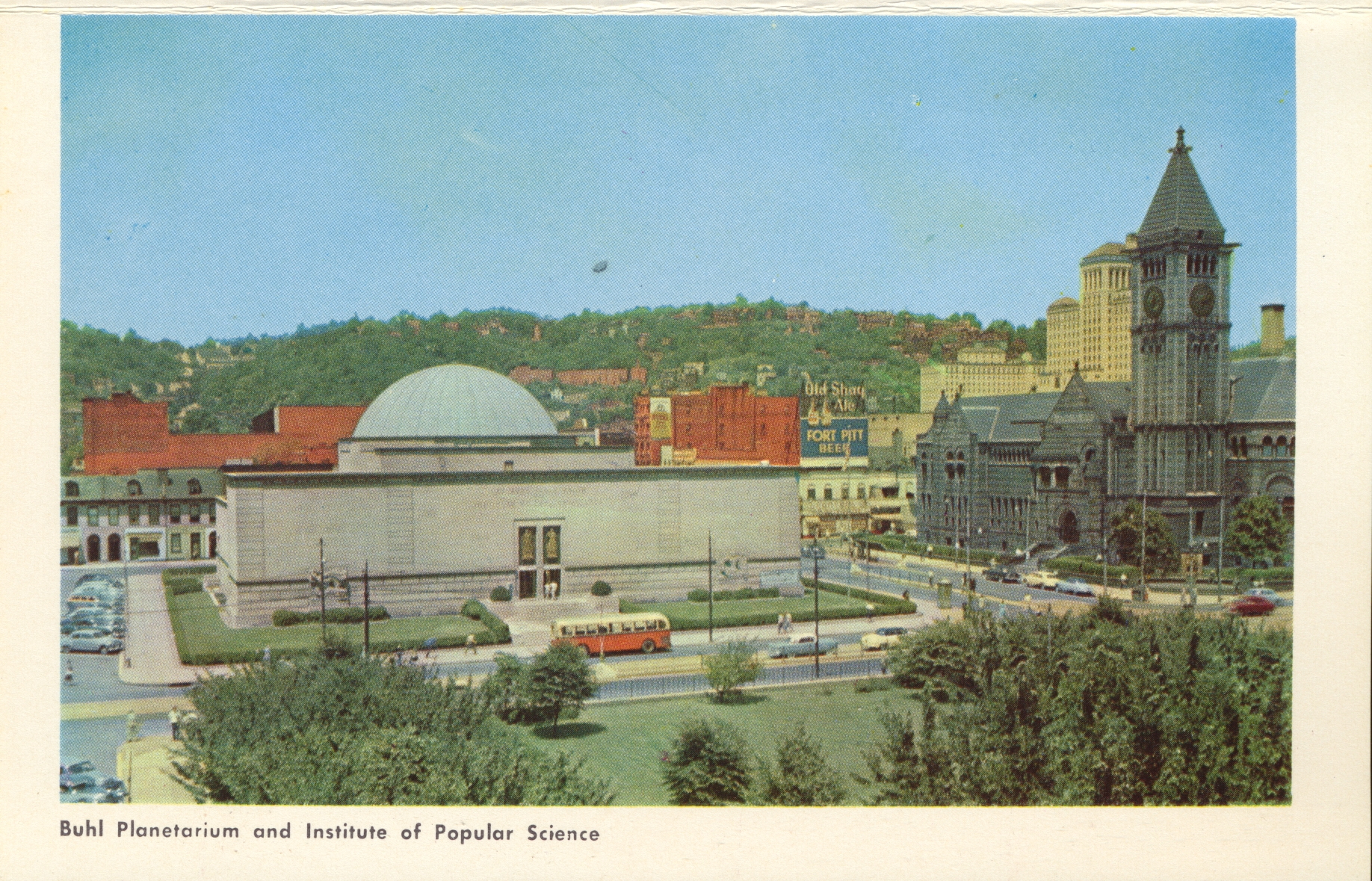 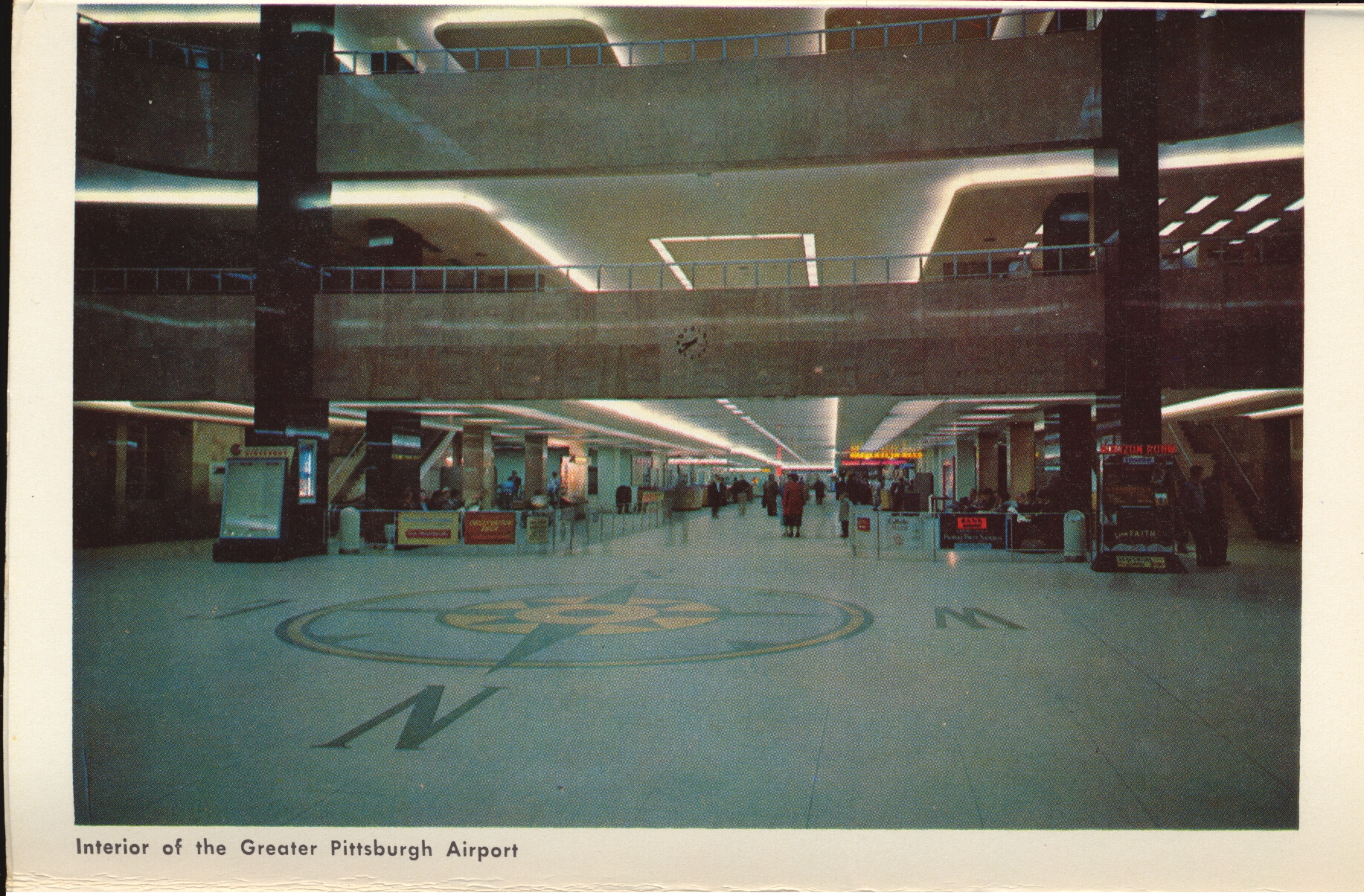 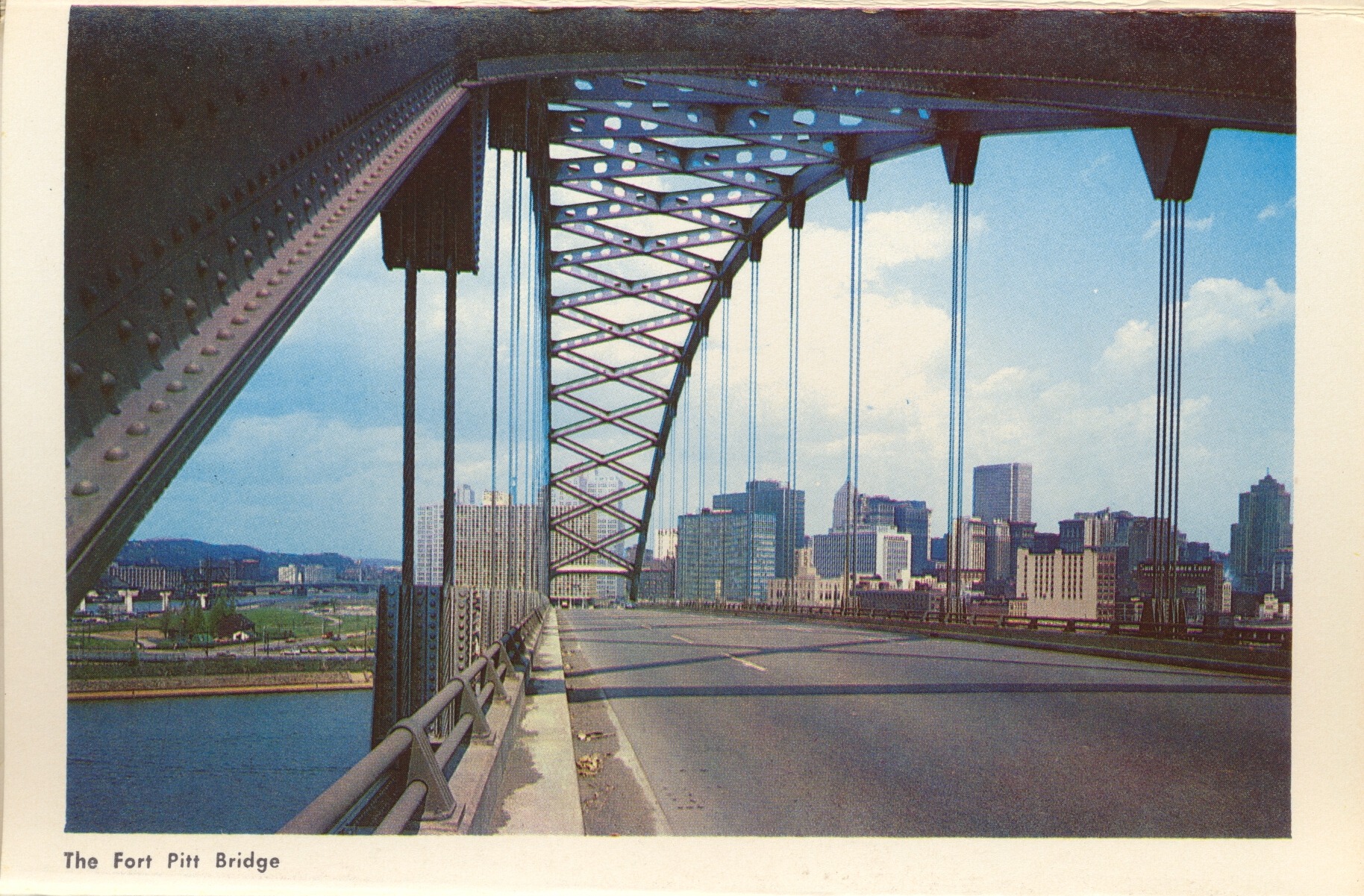 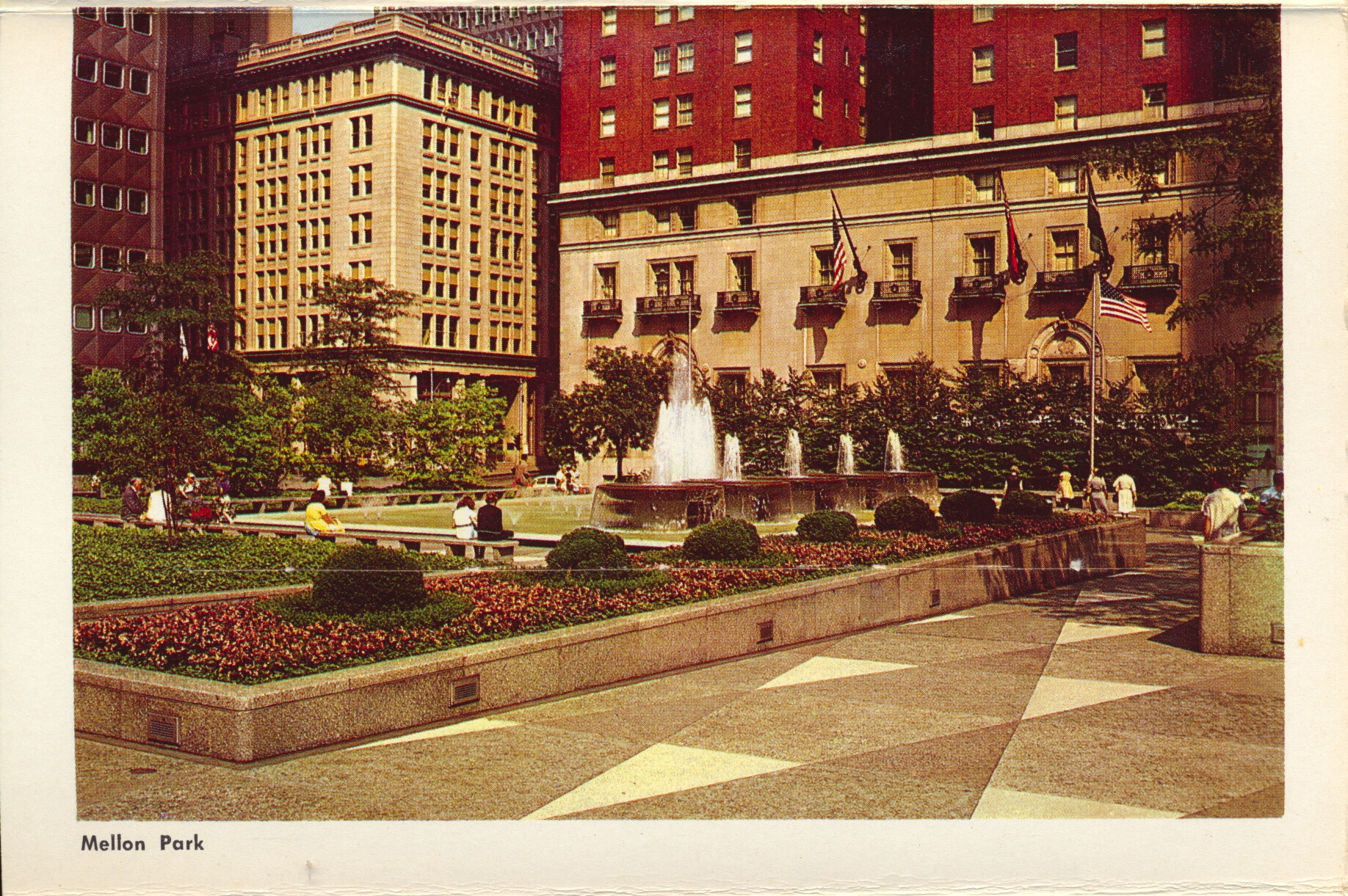 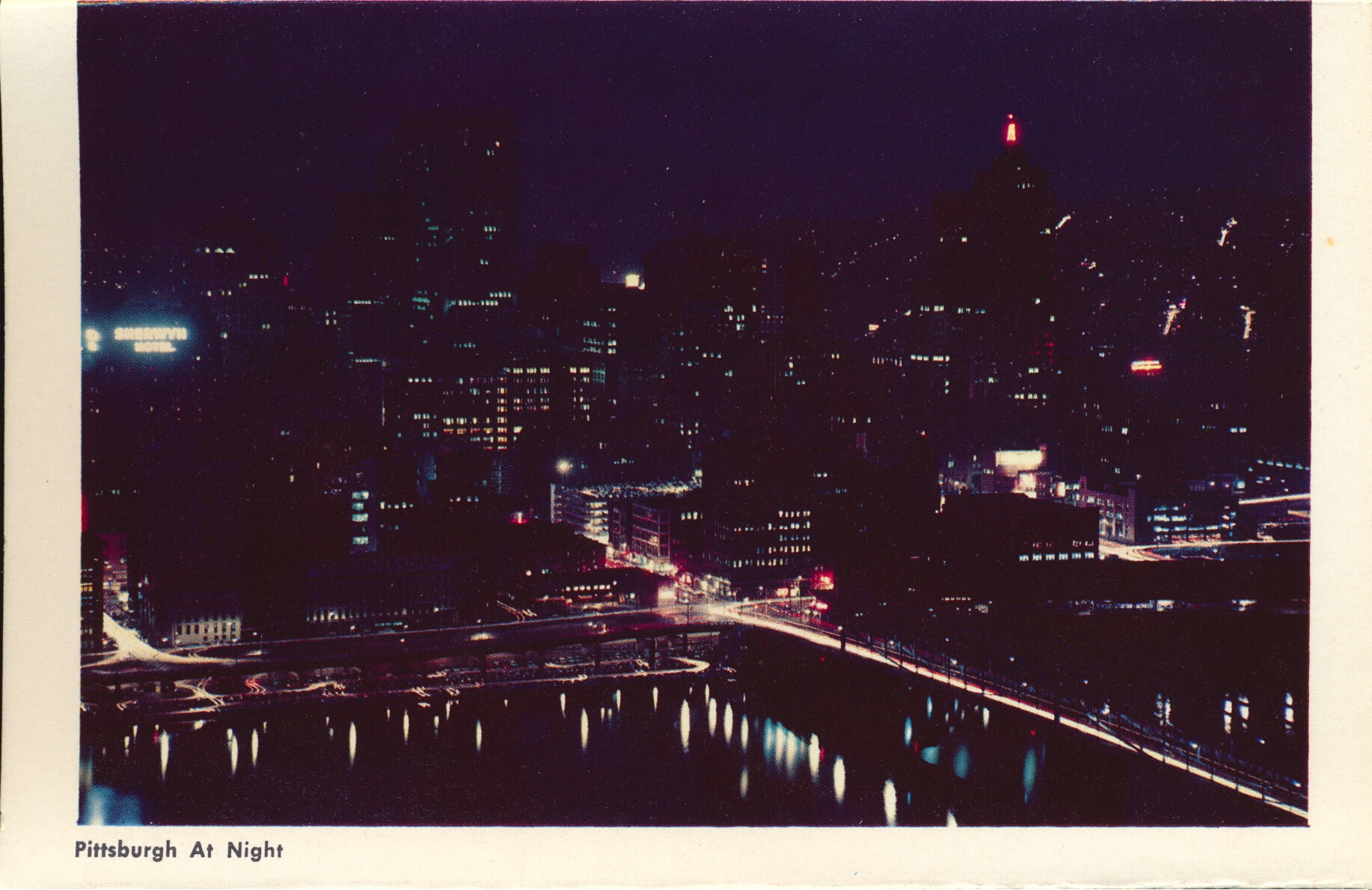 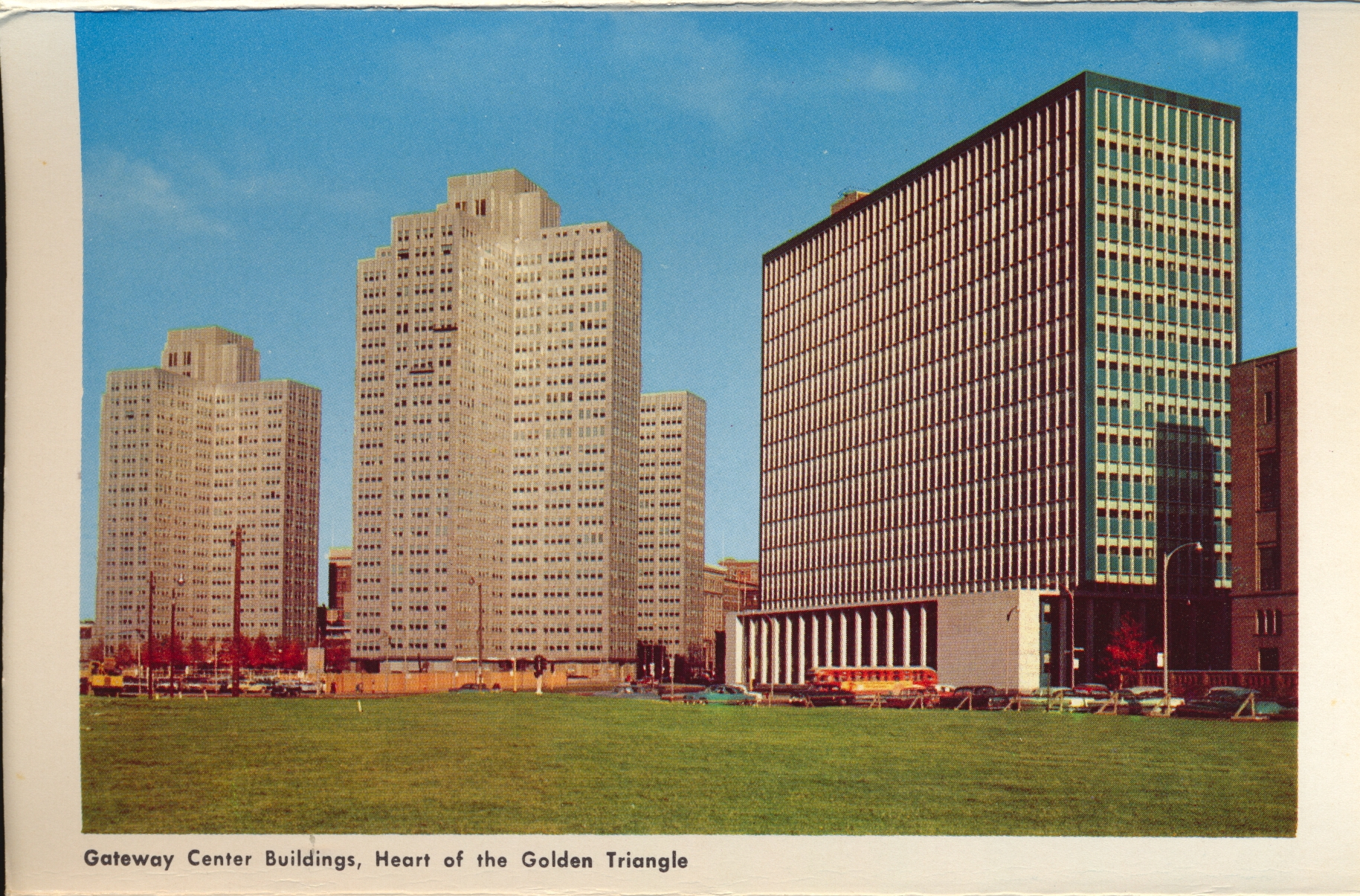 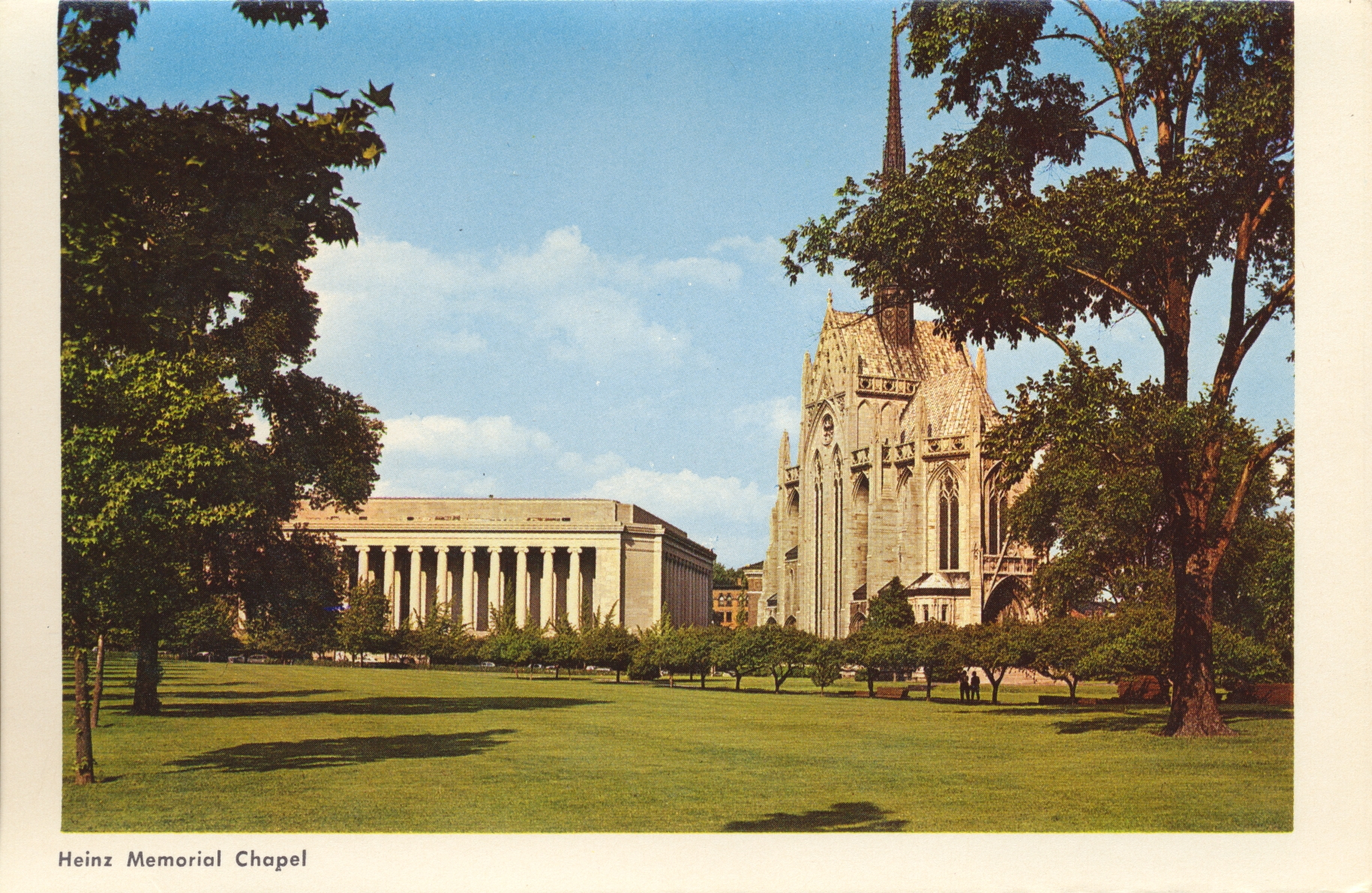 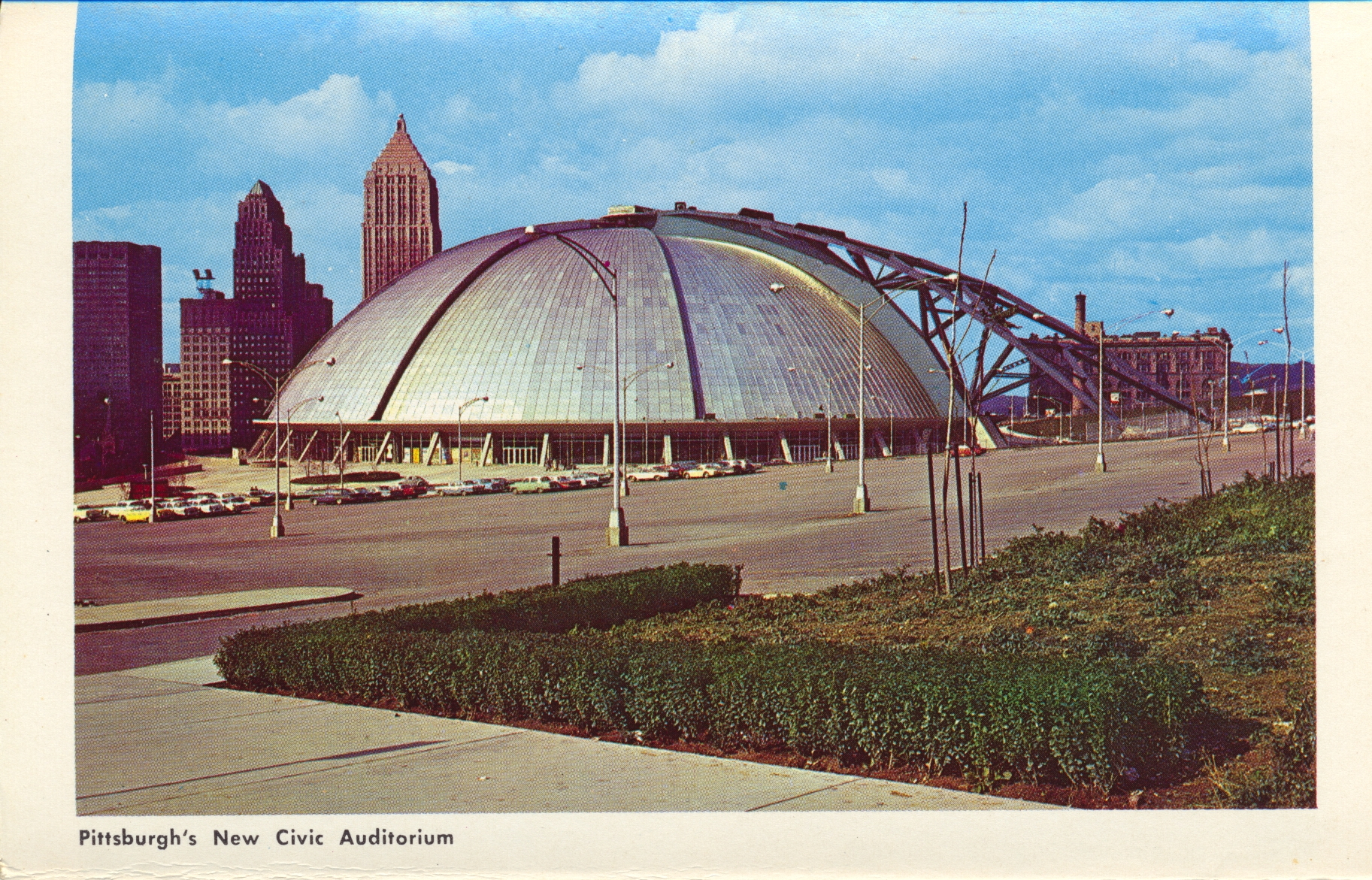 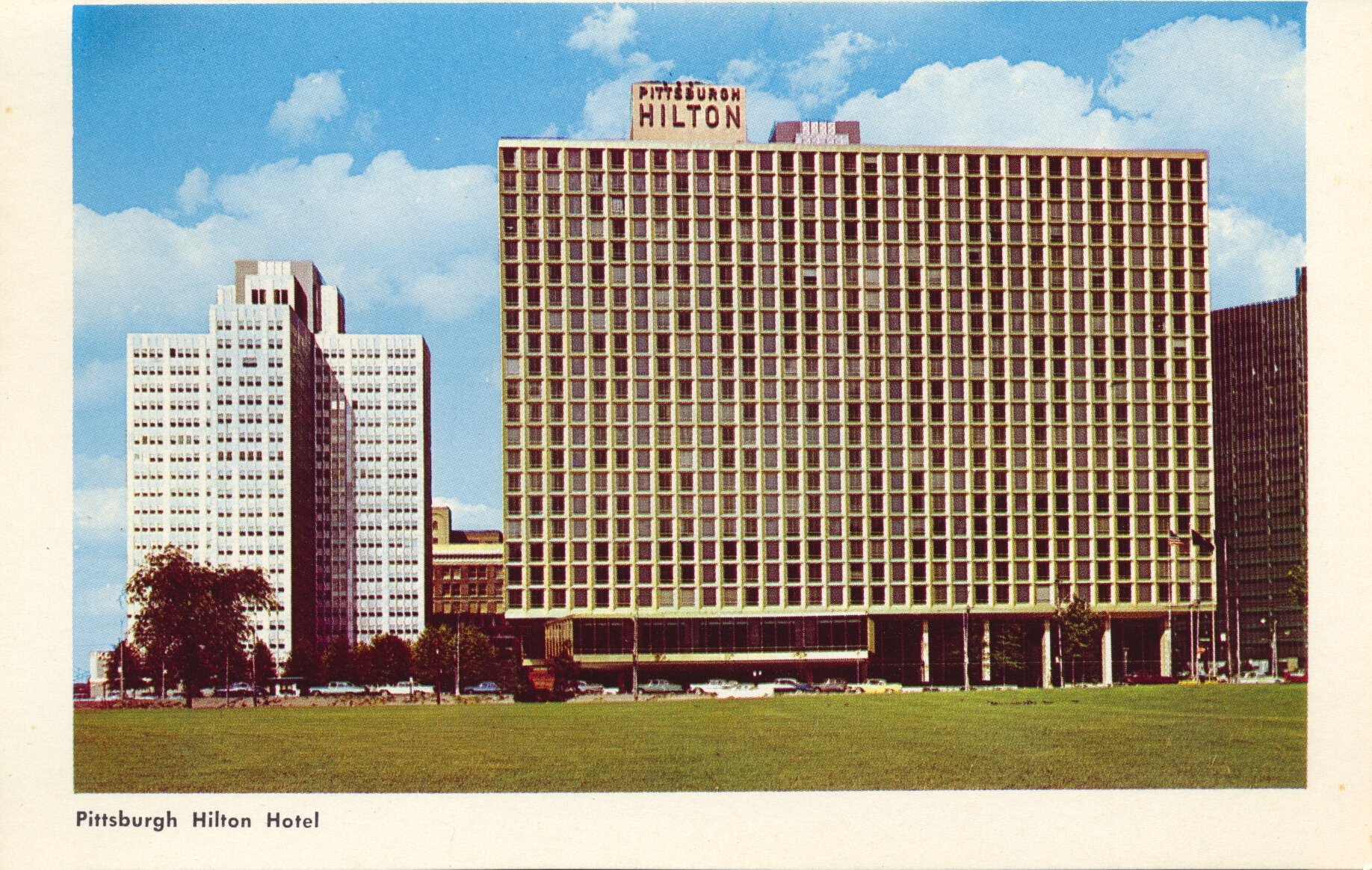 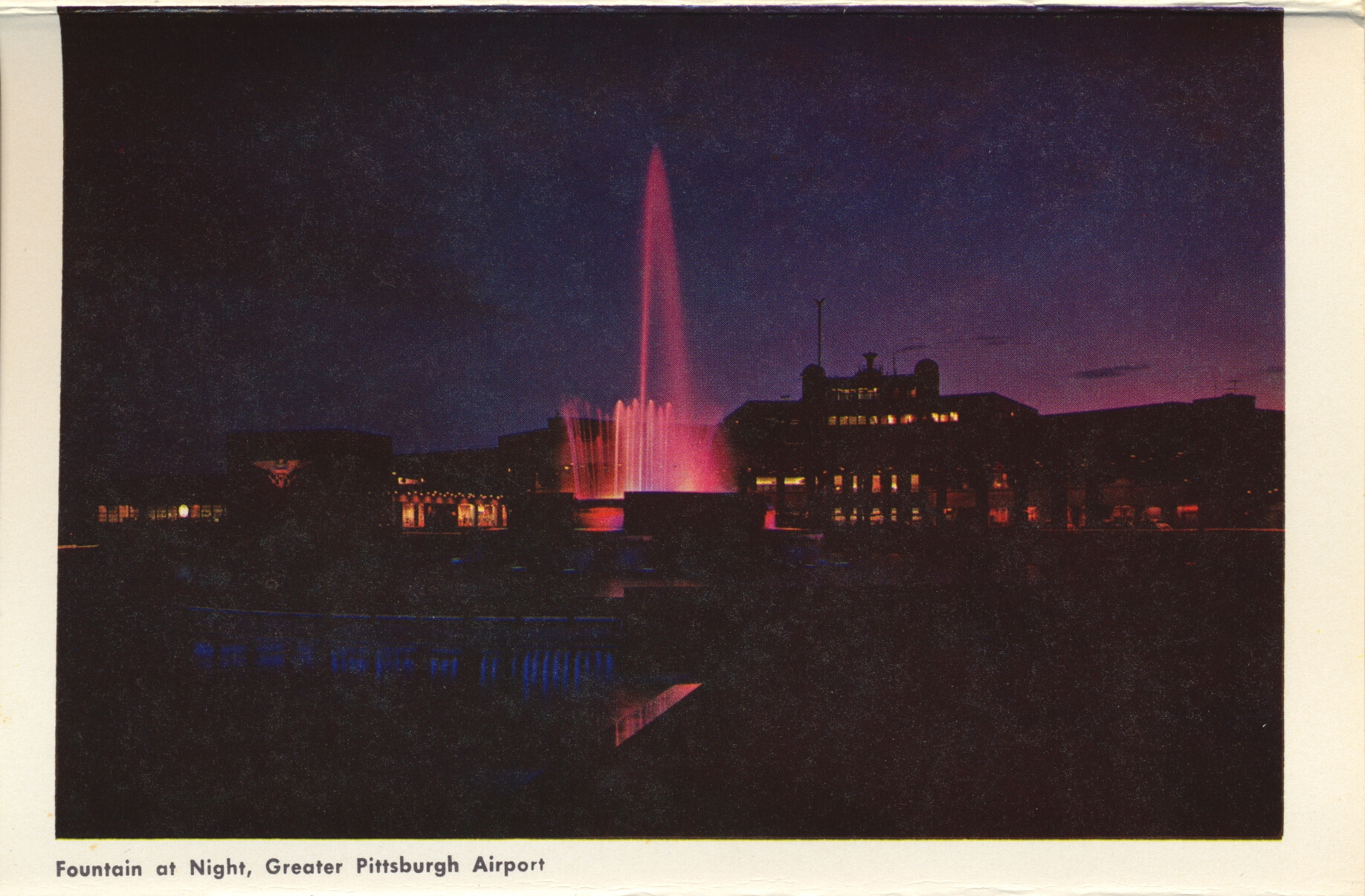 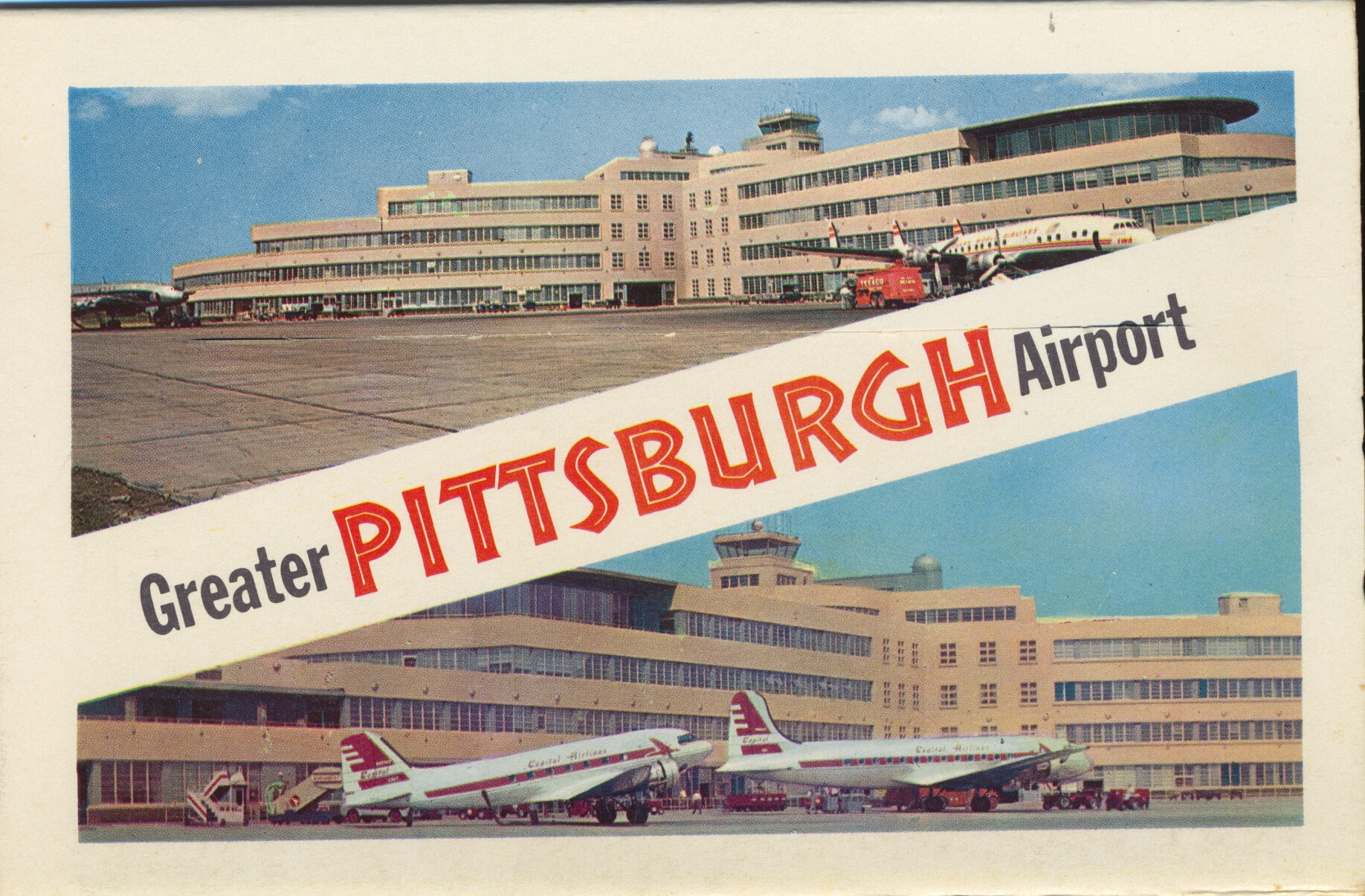 The indication on one of the photos that the Civic Auditorium is new points to this folio dating from the 1960s. That building, with its retractable roof, was demolished in 2012.