This folio collection of images and illustrations from Tulsa, Oklahoma have several examples of views that bear a striking resemblance to recent graphic representations in such computer games as the Sim City series. The images appear to be primarily artist’s renditions, with a few colored photos included. 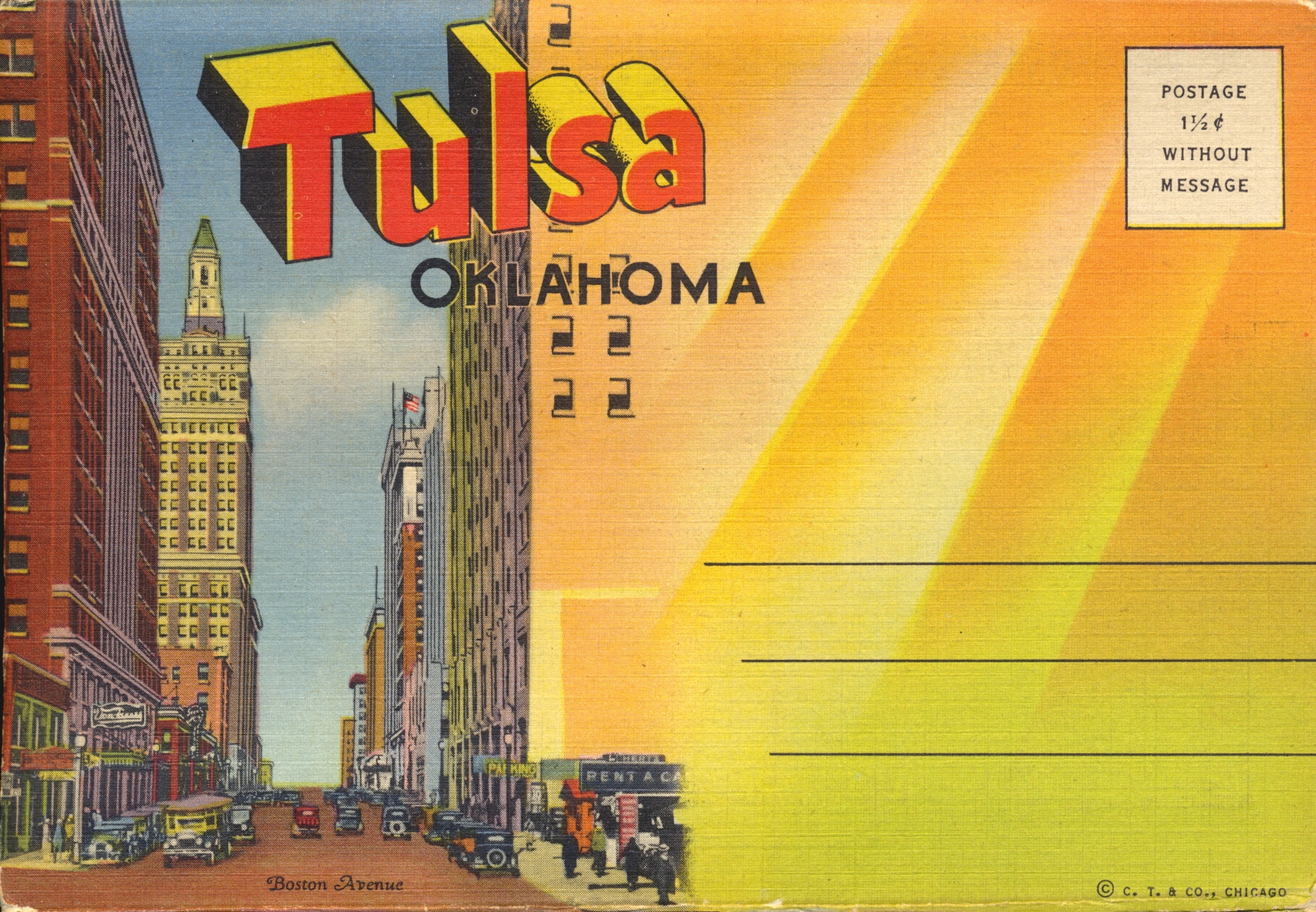 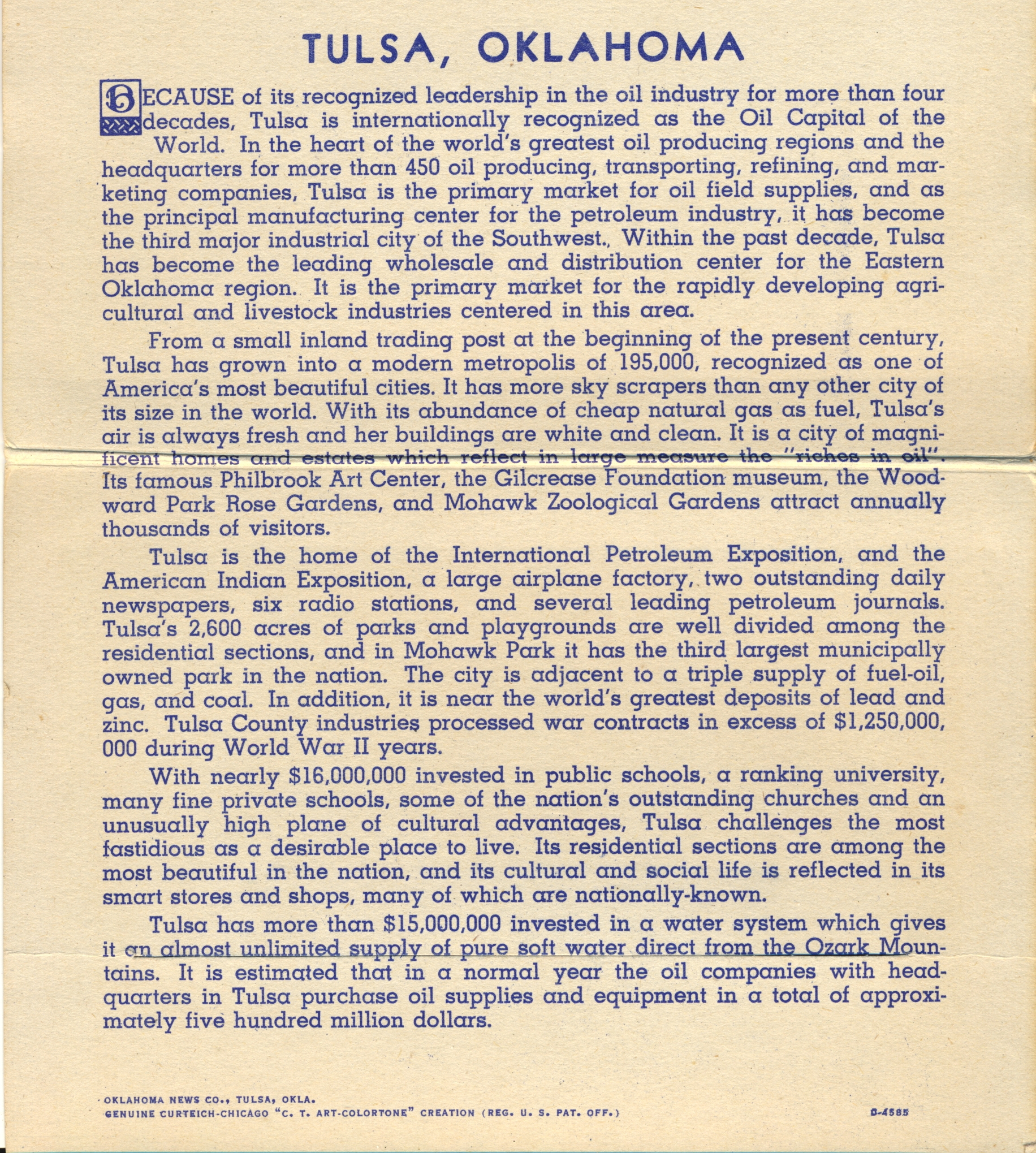 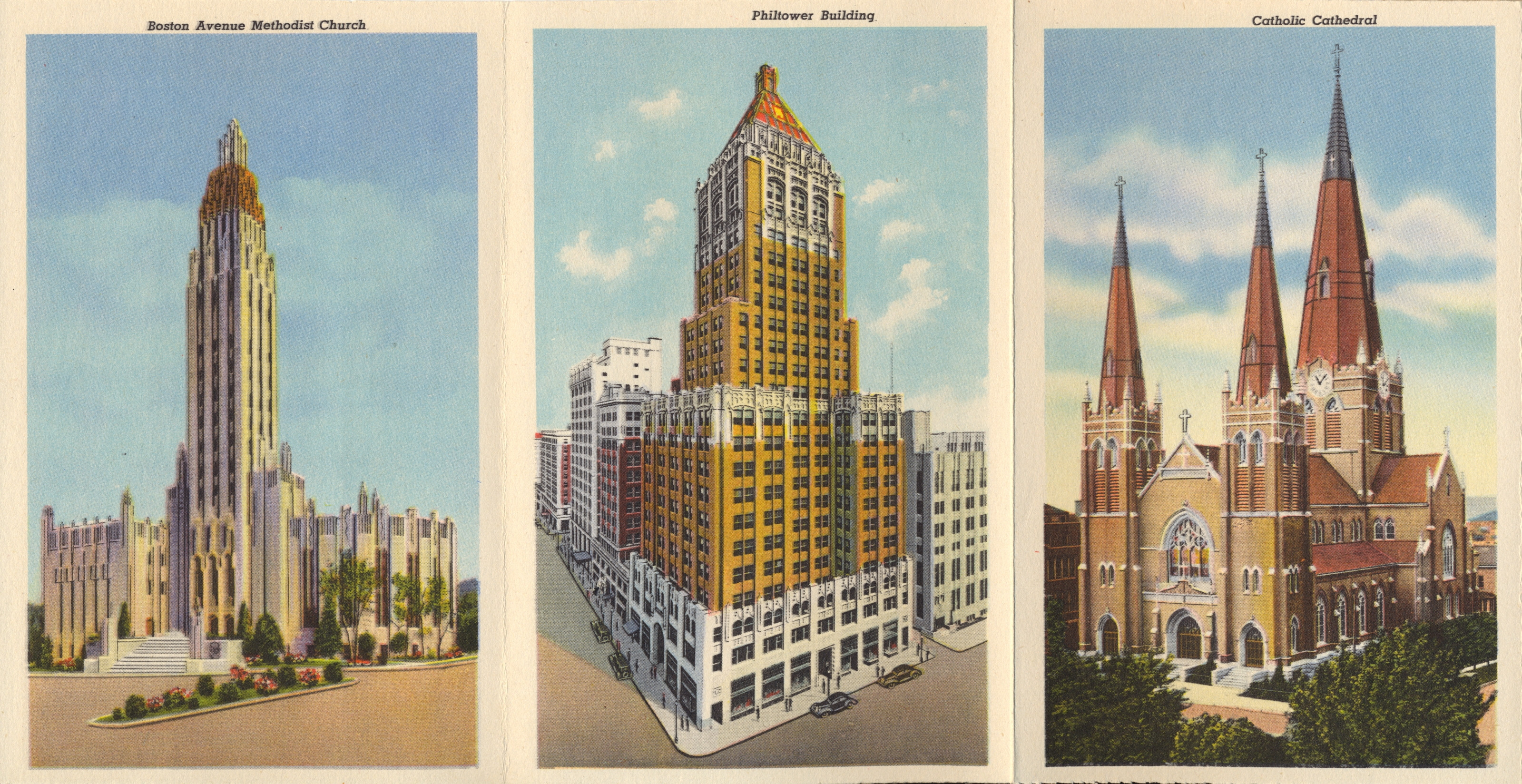 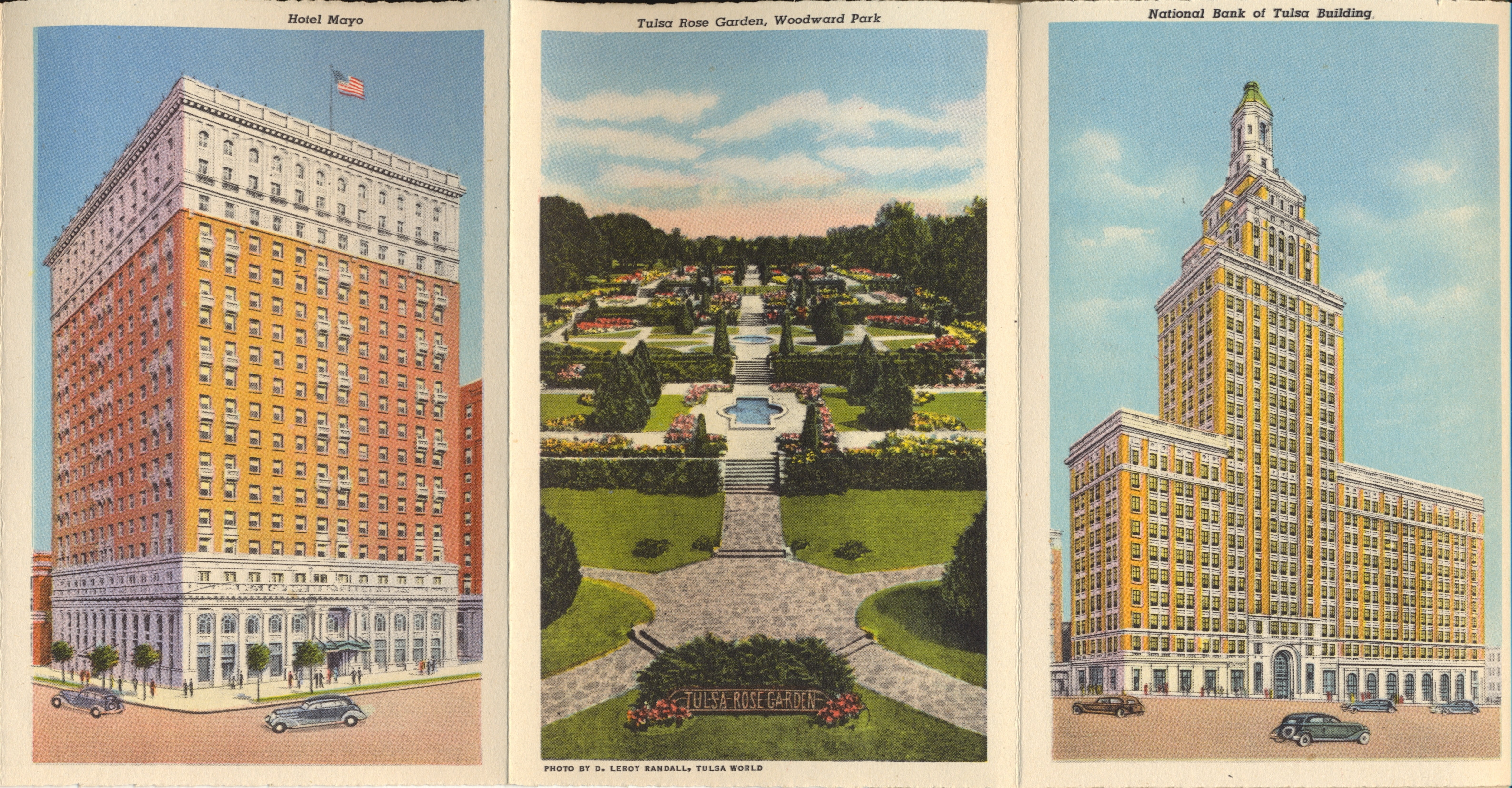 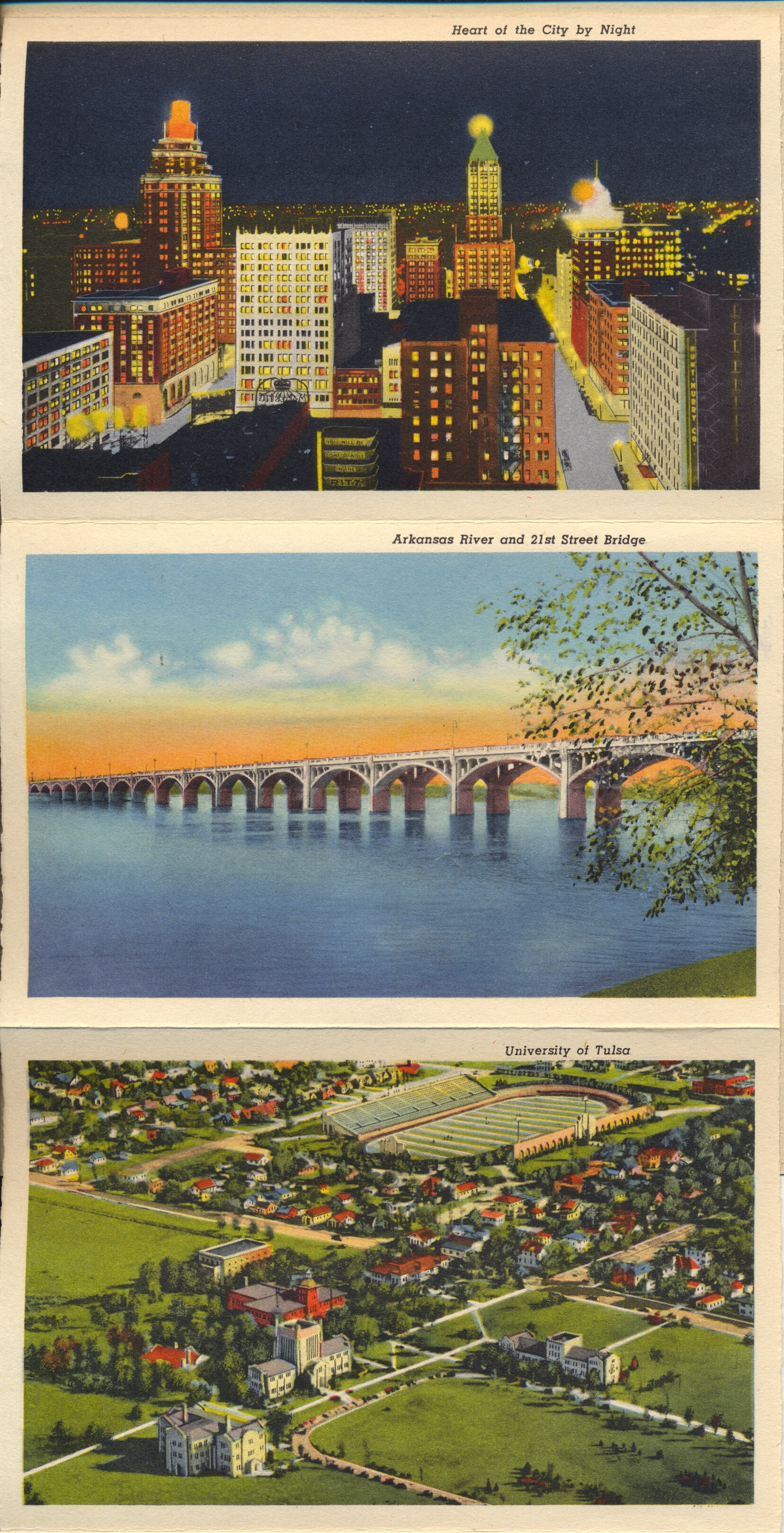 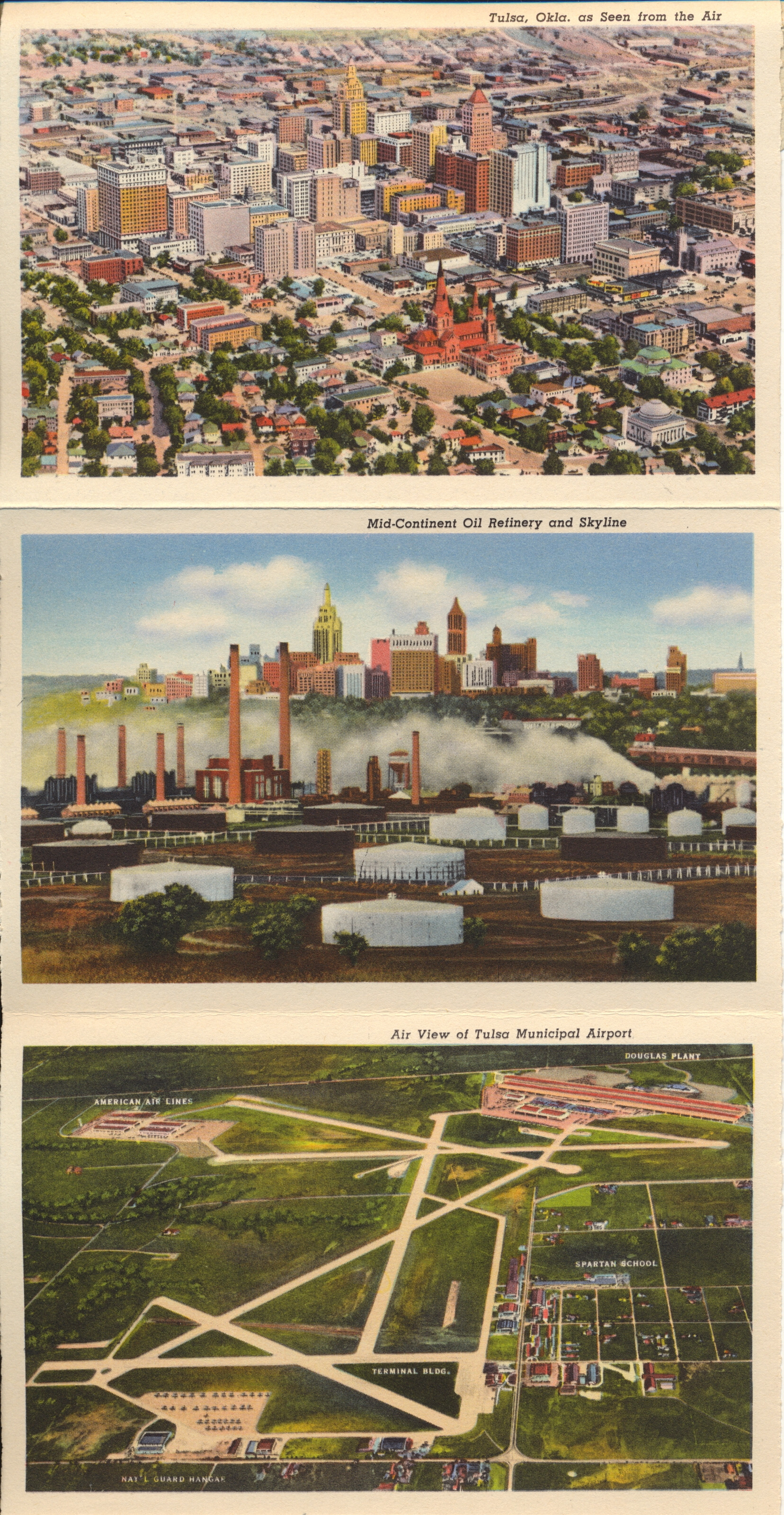 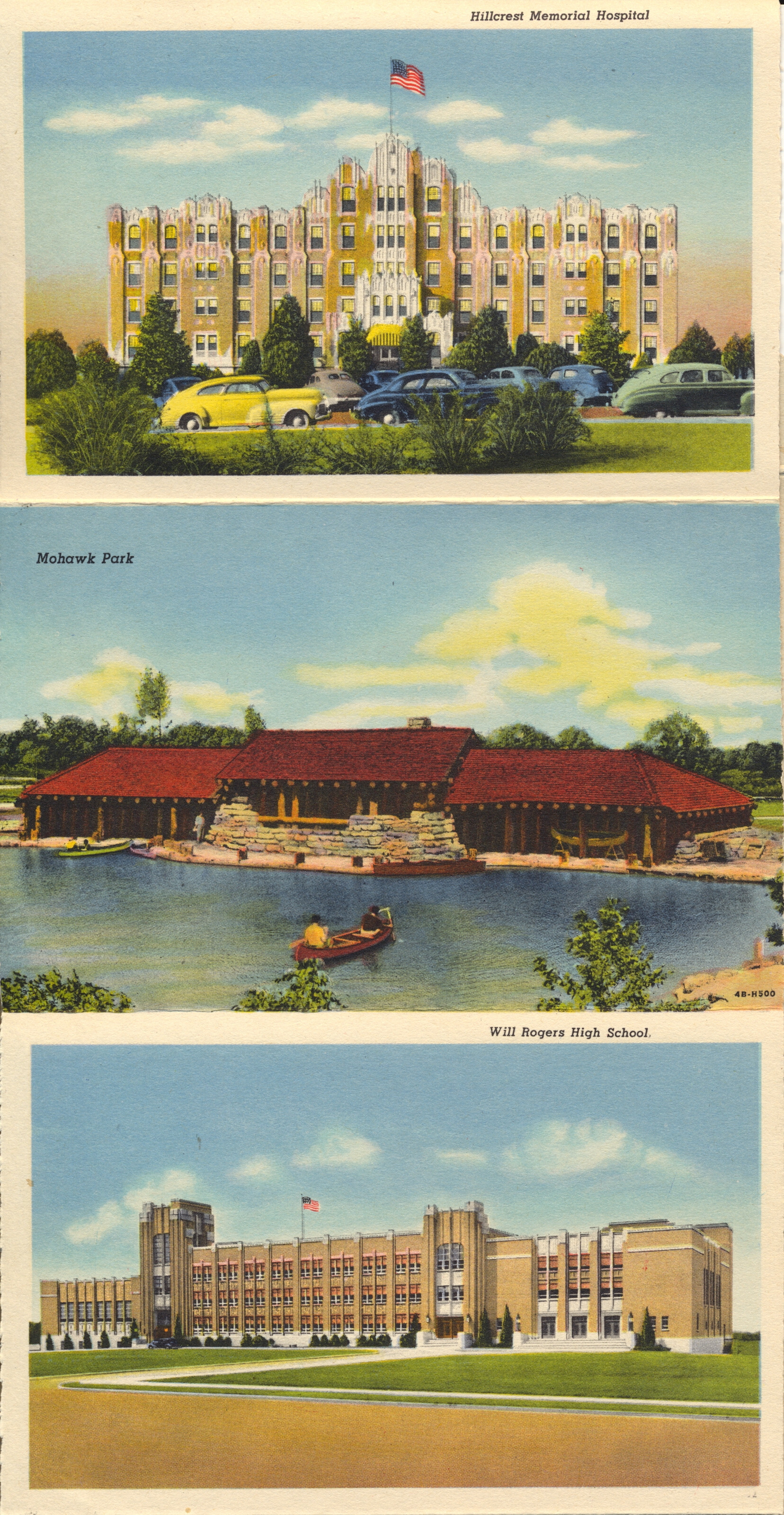 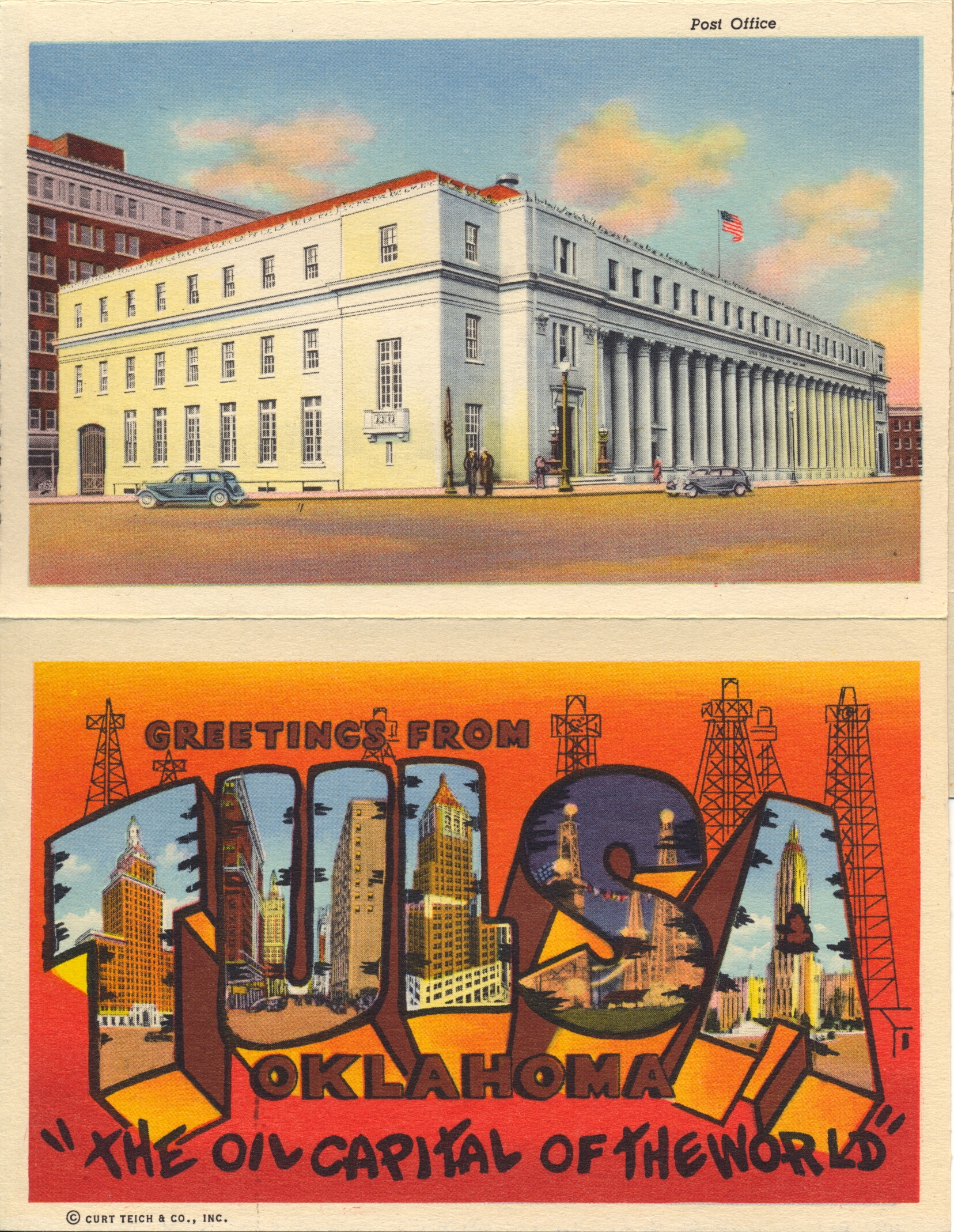 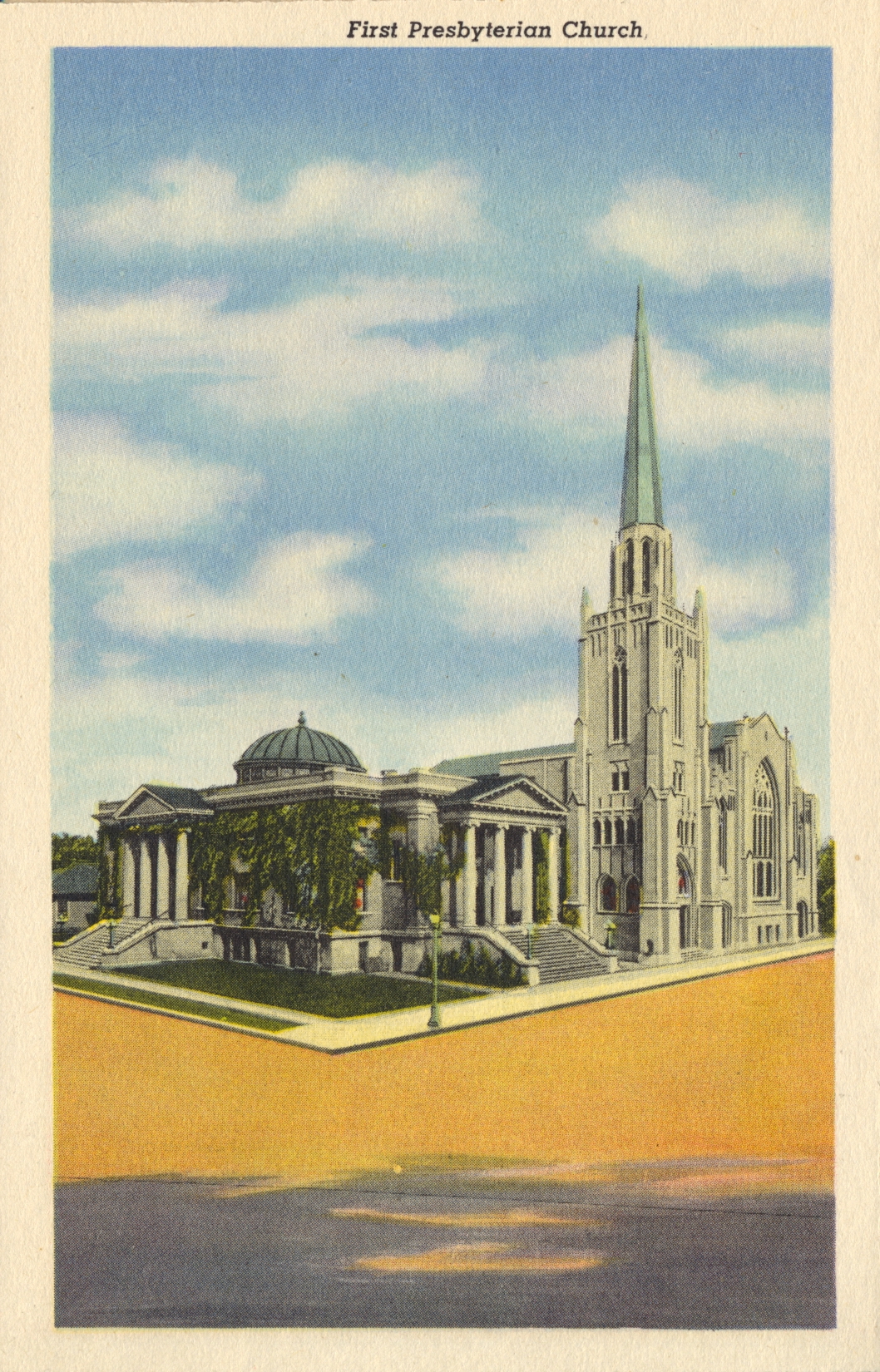 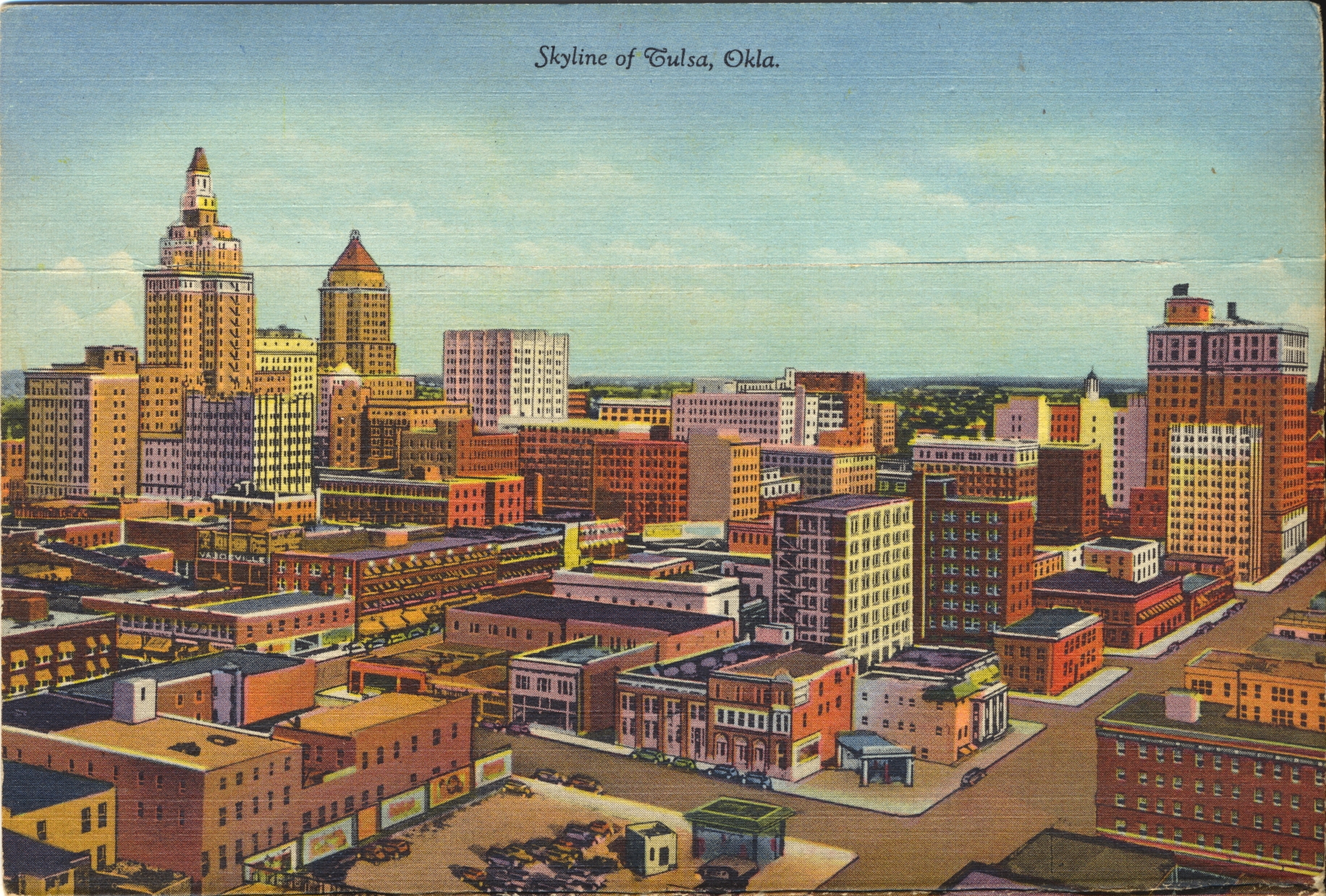 While Tulsa continues to style itself the Oil Capital of the World, the many decades of changes in oil production world wide and even recently via tar sand development likely have made the claim moot.

This folio can be best dated by the illustrations which show automobiles consistent with the 1940s.