The final Las Vegas location of this week continues the arid theme common for the era. The Sands Hotel was a modest start, just a few hundred rooms along with the casino, but it hosted the filming of Ocean’s 11, which is considered the birth of the Rat Pack. They performed at the legendary Copa Room stage at the Sands, among many other stars of the era. 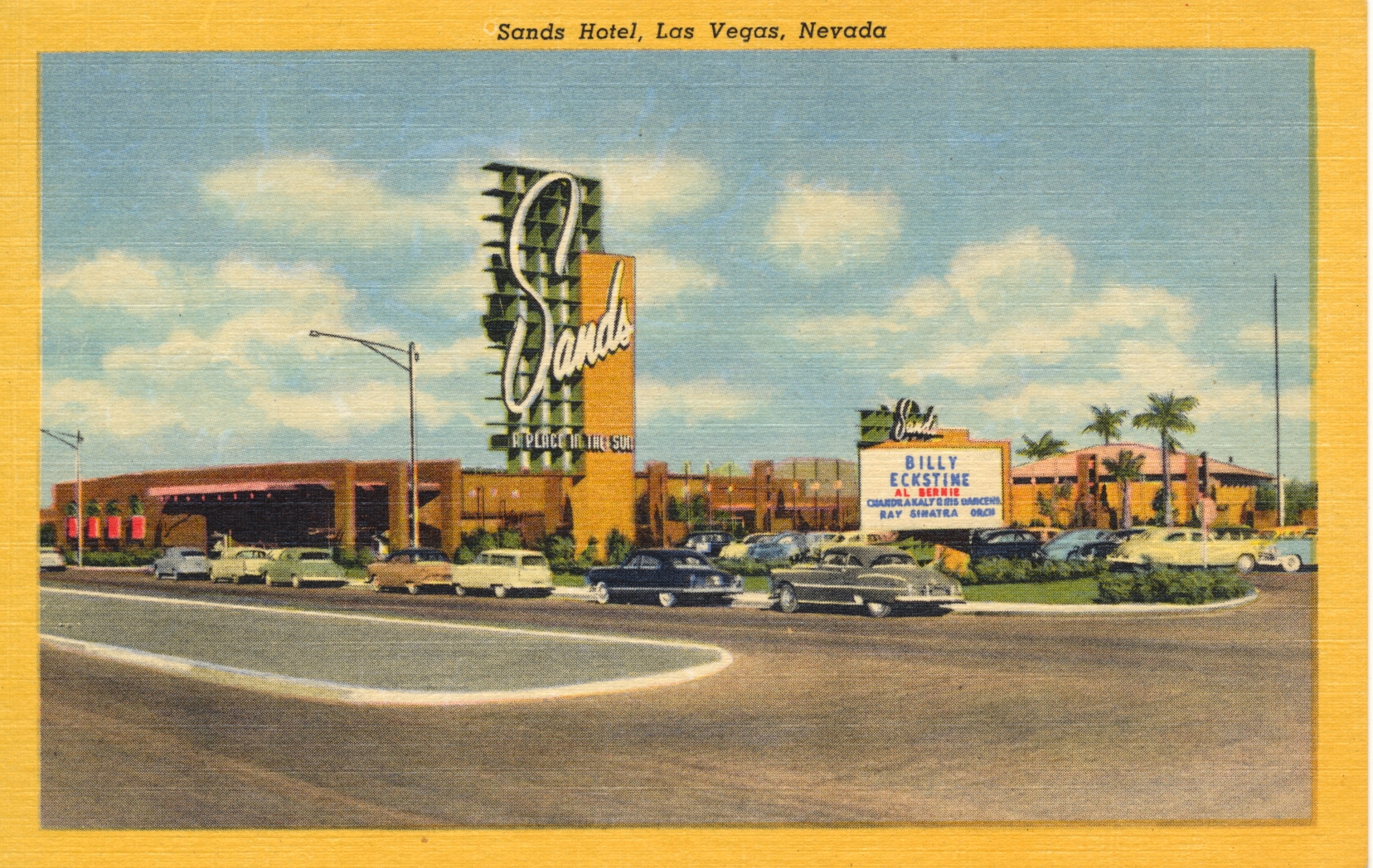 A Place in the Sun

–The statement above noting that the Sands was the newest at the time of the photo points to the photo dating from 1953. In the end, even though it was expanded with a landmark circular tower, the Sands was demolished and replaced with the Venetian on the same site.