We move away from Fremont St. to the early developments along the strip. The Hotel Sahara anchored the north end of the early Strip, and was the last of the pre-1969 hotels to be demolished. It hosted many famous performers, not least of which were the Rat Pack, a group of entertainers including Frank Sinatra, Dean Martin and Sammy Davis, Jr. 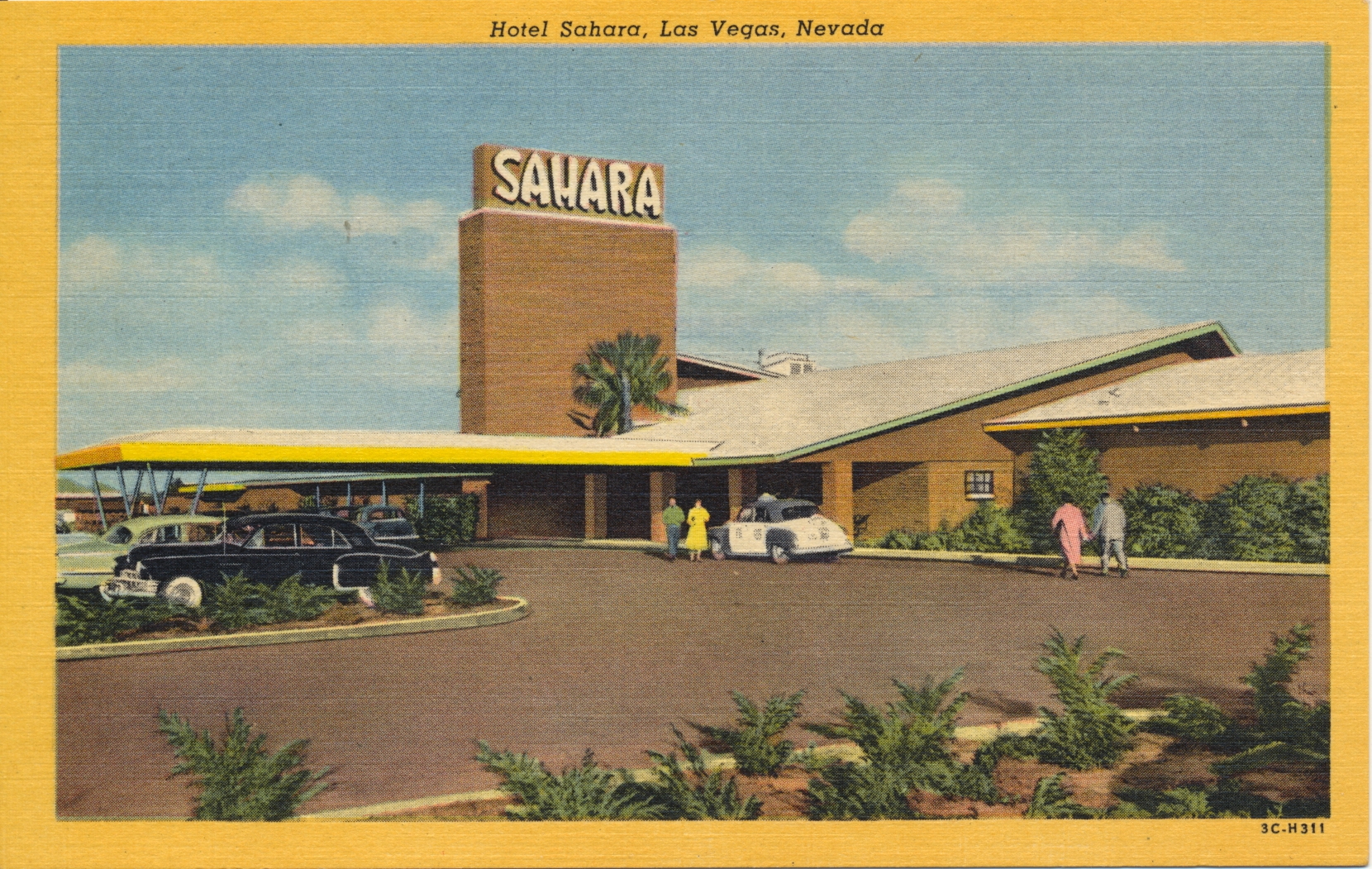 –The hotel expanded many times over the years, but was finally closed in 2011, and will be replaced with a mega-resort on the same site. This image is of the hotel just shortly after its initial completion, and dates from the 1950s.