We are in Las Vegas, Nevada at the arrival of the Desert Wind in this postcard image. The station no longer exists in this form, having been demolished and a new station built, incorporated into the Plaza Hotel & Casino on the same site. 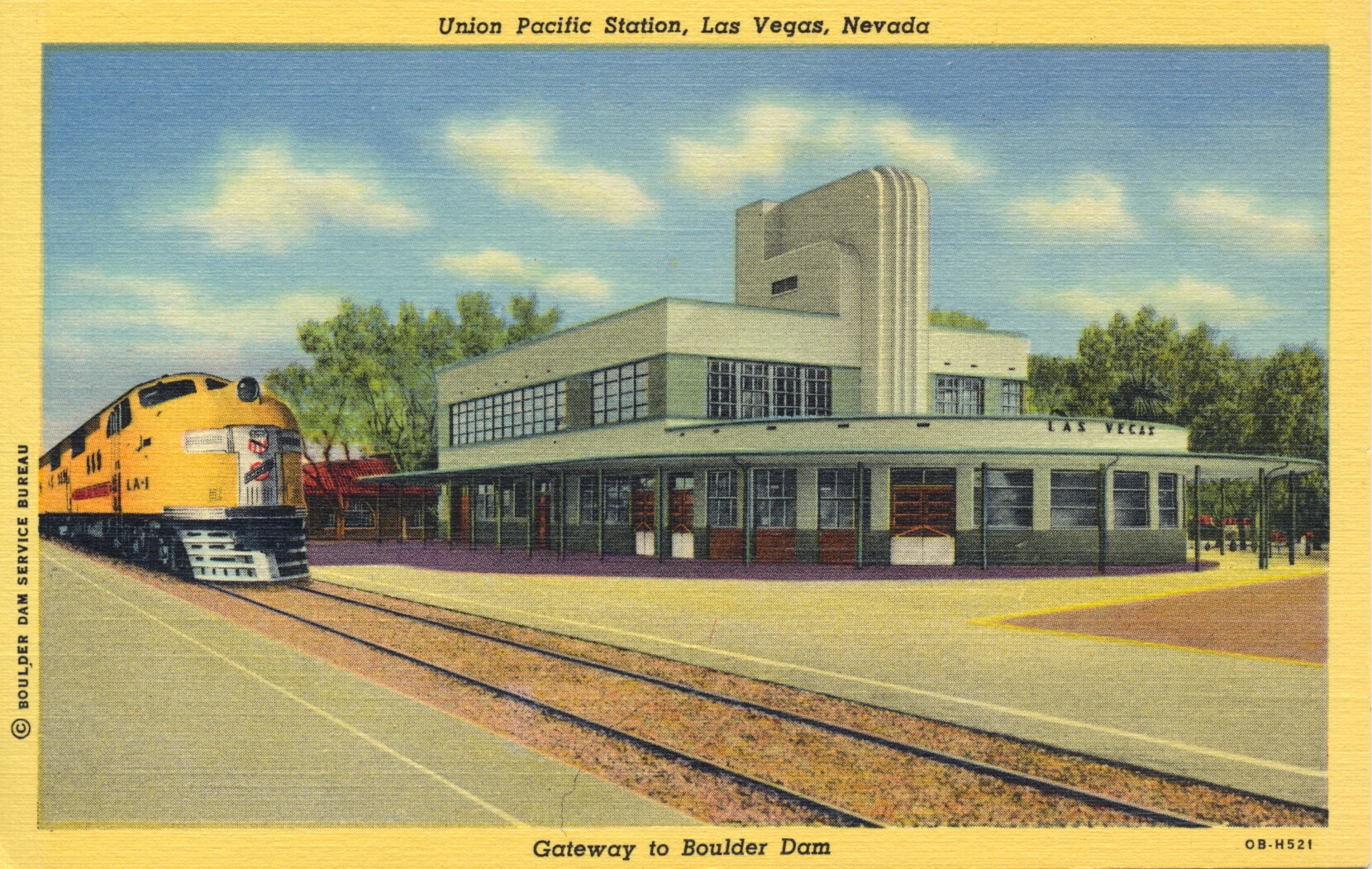 The new passenger depot of the Union Pacific in Las Vegas, Nevada, is the world’s first streamlined, completely air conditioned railroad passenger station. Typically modernistic western in motif, the structure has been described by architects as one of the most beautiful in design and superlatively complete in appointments, in the United States.

–The architectural style is called Streamline Moderne, and was intended to complement the streamlined train designs of the era. The Desert Wind train that served this station was discontinued, but there is an ongoing effort to restore passenger train service from Los Angeles to Las Vegas.