This card features the modest but well tended Country Motel, a typical accommodation for the era. Lake Geneva gained some fame for being the city where the Dungeons and Dragons role-playing game was invented and the company, TSR, which operated out of there until 1997. 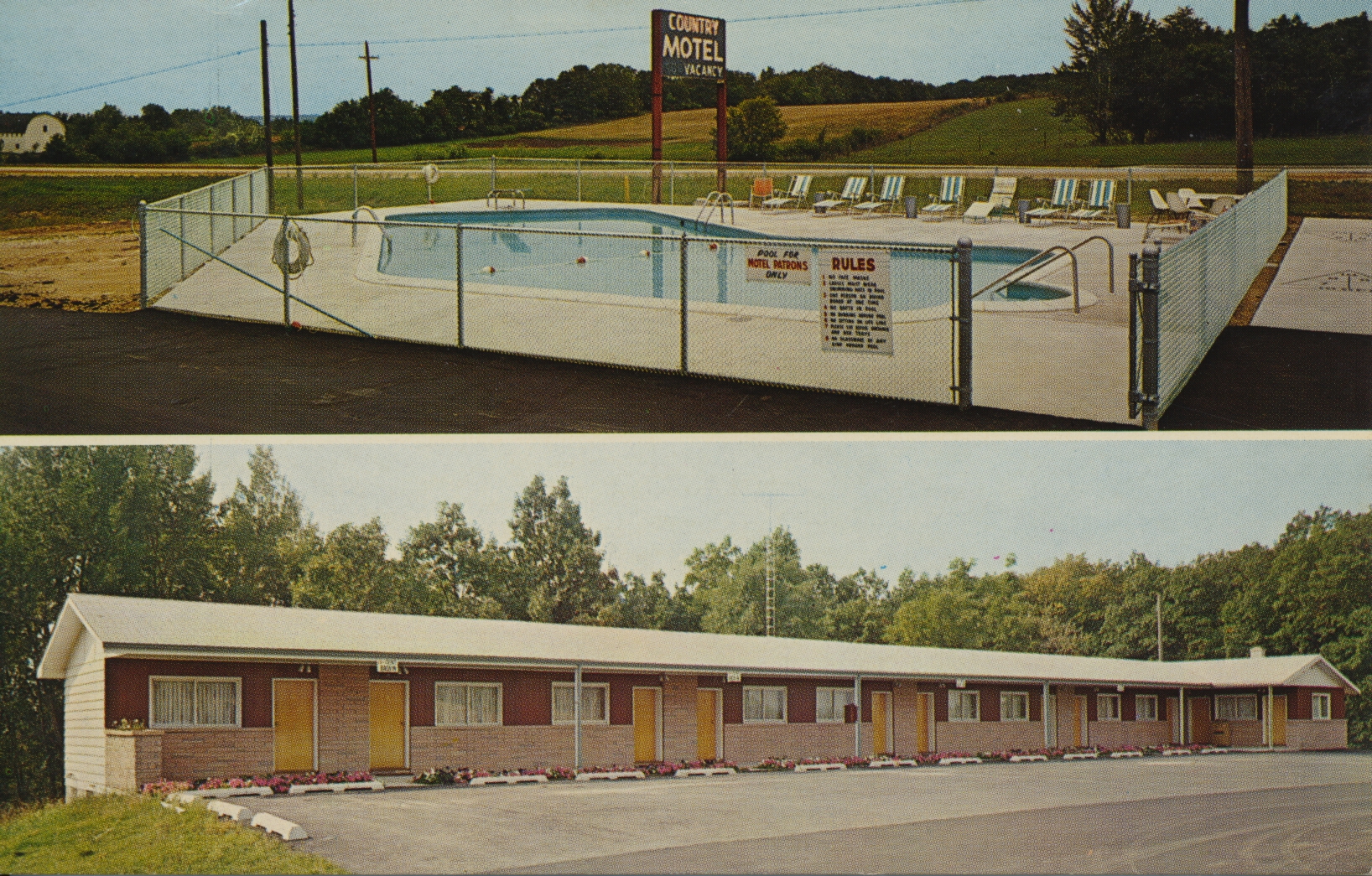 The description is a long one, typical of these marketing post cards:

— The pool has a diving board, which have pretty universally disappeared from hotel and motel pools due to liability issues. It’s hard to see the board itself, but you can clearly see the rectangular reflection in the water at the far end of the pool.

The hotel no longer exists, but there appear to be others which have taken its place. The photo likely dates from the 1960s, based on the use of ZIP codes but the retention of the older phone numbering system.