This rather cryptic photo is of a stalagmite formation (one that forms from the cave floor upwards) that the cave owner identifies as a parrot. With a little imagination, one can see, in the left side white formation, the flat top of a parrot’s head, followed downward by the swelling body that forms the area around the wings, then tapers to the smaller portion making the tail. 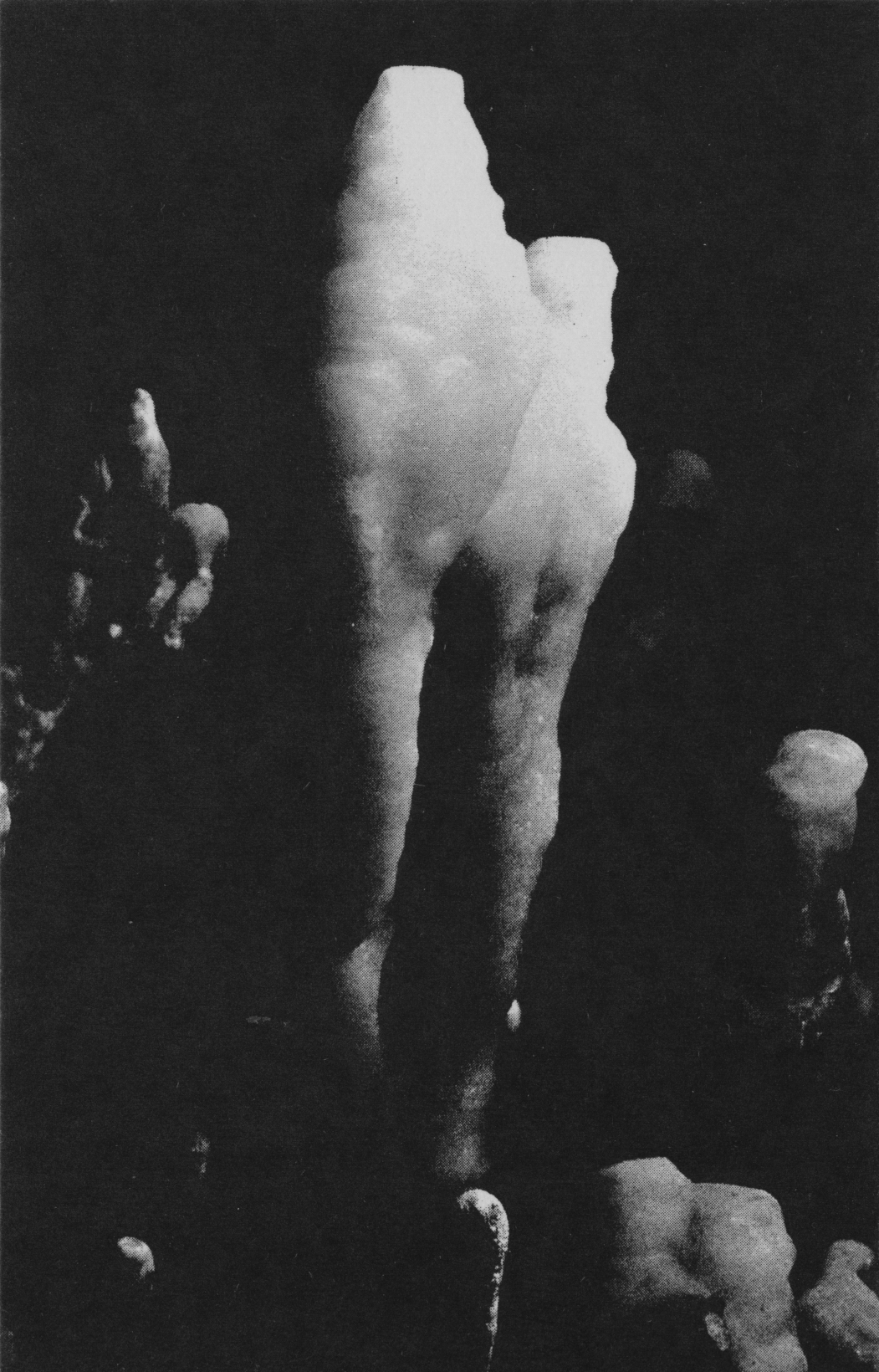 The description on the card is significantly less detailed:

The parrot, a stalagmite formation at the entrance to the Narrows in the Cave of the Mounds, Blue Mounds, Wis.

The photos in this series date from the 1940s.