This next card in the series is a historical relic even for the time this postcard was made. By the 1930’s horse-drawn logging was played out in the Traverse City area, but devices like this remained. This one was even demonstrated as shown in the photo. 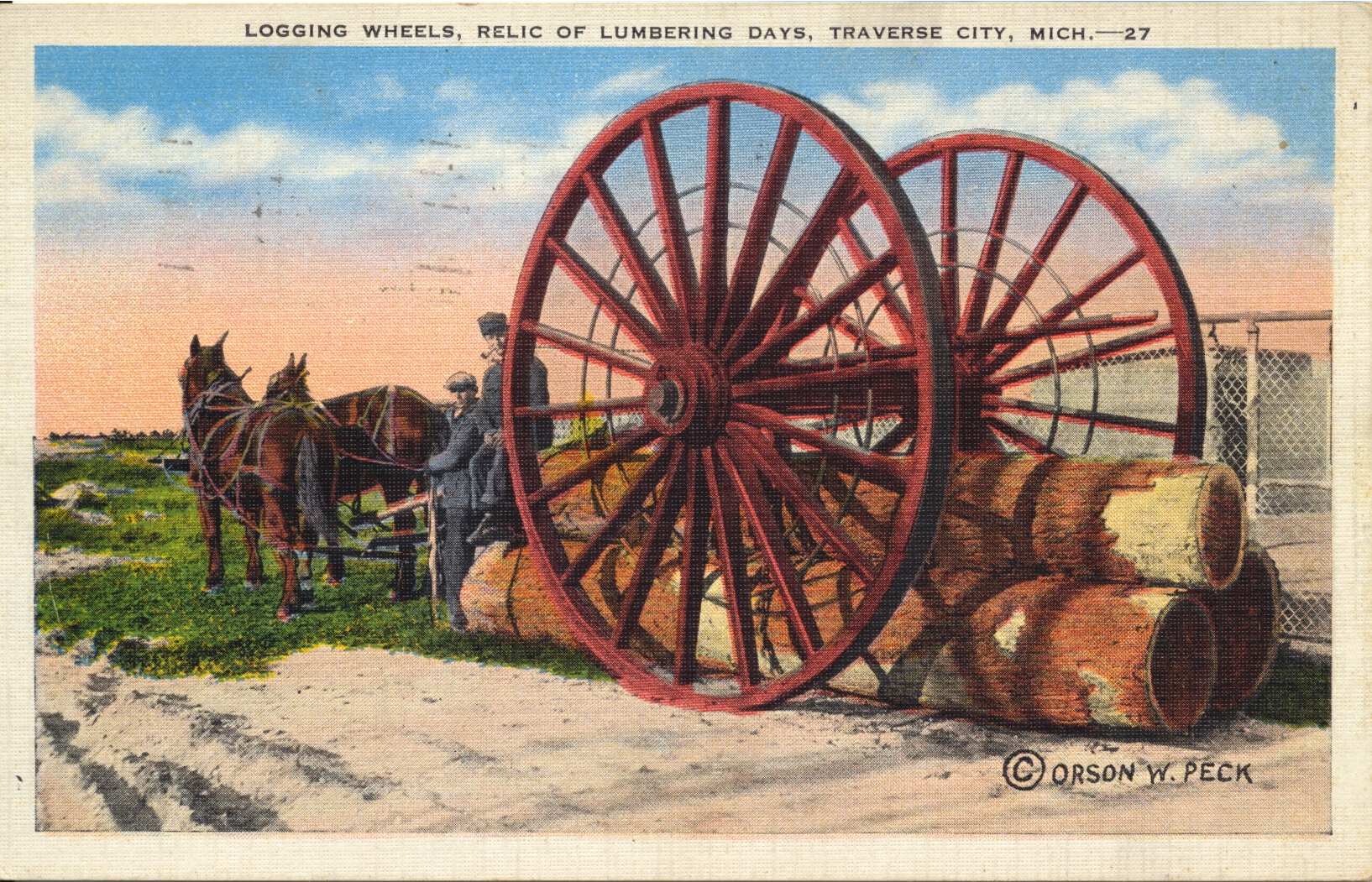 As with the others of this series, there is no description on the card back. The Michigan logging wheel operated by looping a chain under the logs, then winching them up enough to hang free of the ground, allowing the horse team to pull the load without dragging. Some versions would drag the trailing tip of the lower log, others would suspend the entire load with chains on the axle and the drawbar.