This is a detail image of a wall within the Kremlin itself, not the famous wall that surrounds the medieval fortress where notables are buried. The building itself is called the Palace of Facets. 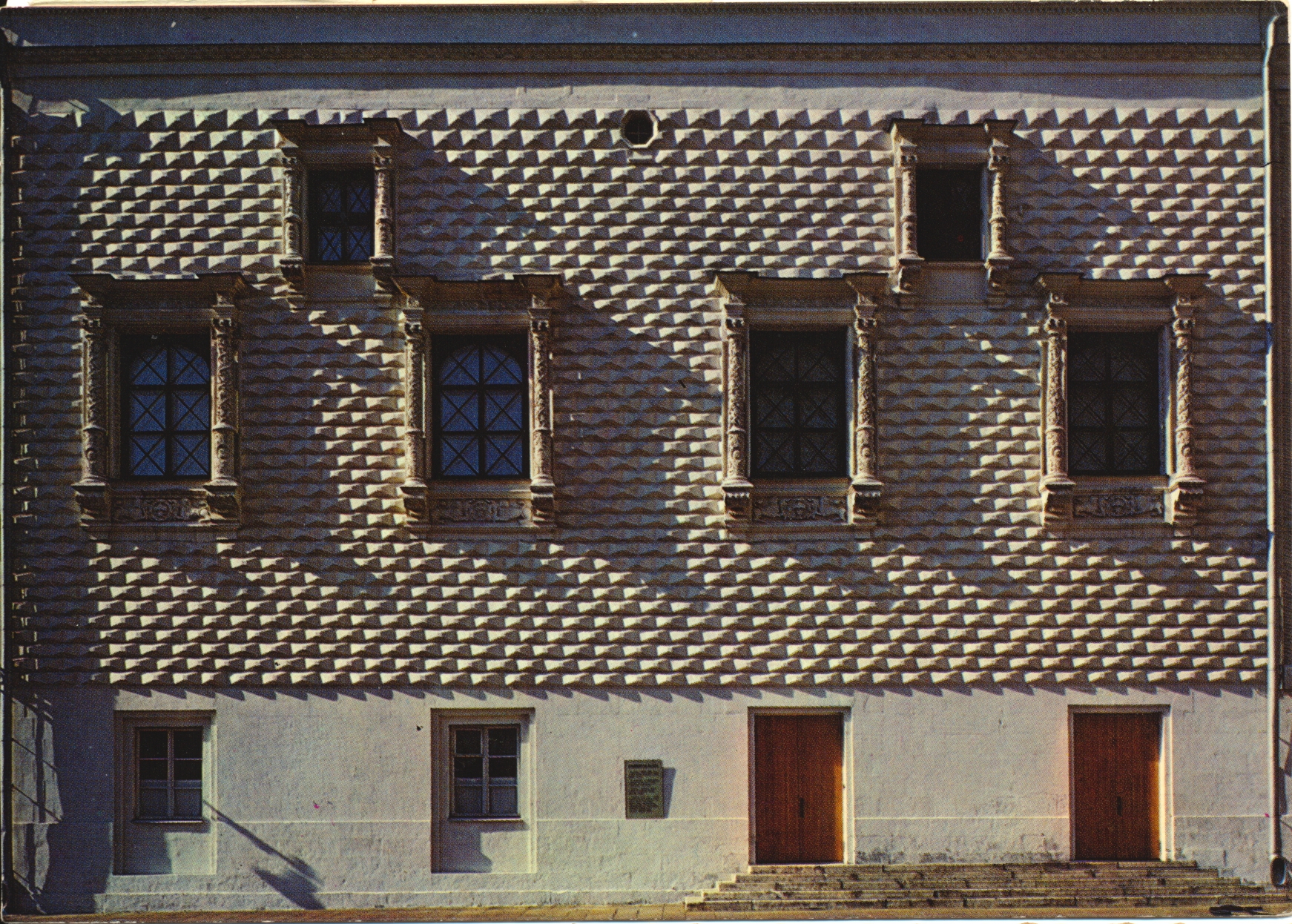 Thus, the wall itself dates to the last part of the 15th Century. The postcard itself was used, mailed from Moscow, and the stamps themselves are dated 1970 and 1974, confirming the date of the postcard at the 1970s.