This folio includes colorized photos and artworks depicting various people, events and locations in the Chinatown district of San Francisco, CA. In addition, there are a number of other notable sights included in the illustrations which are not associated with Chinatown. 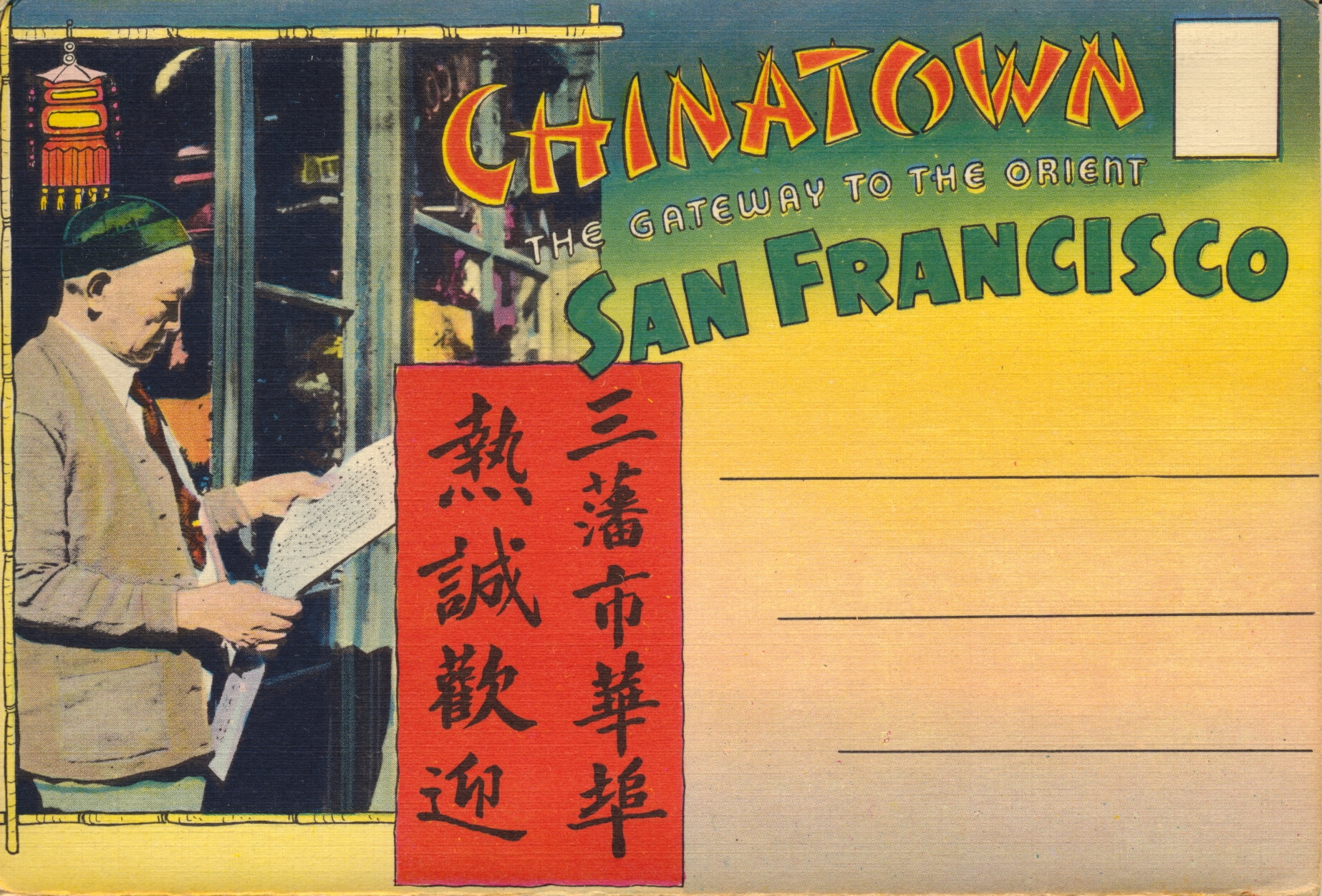 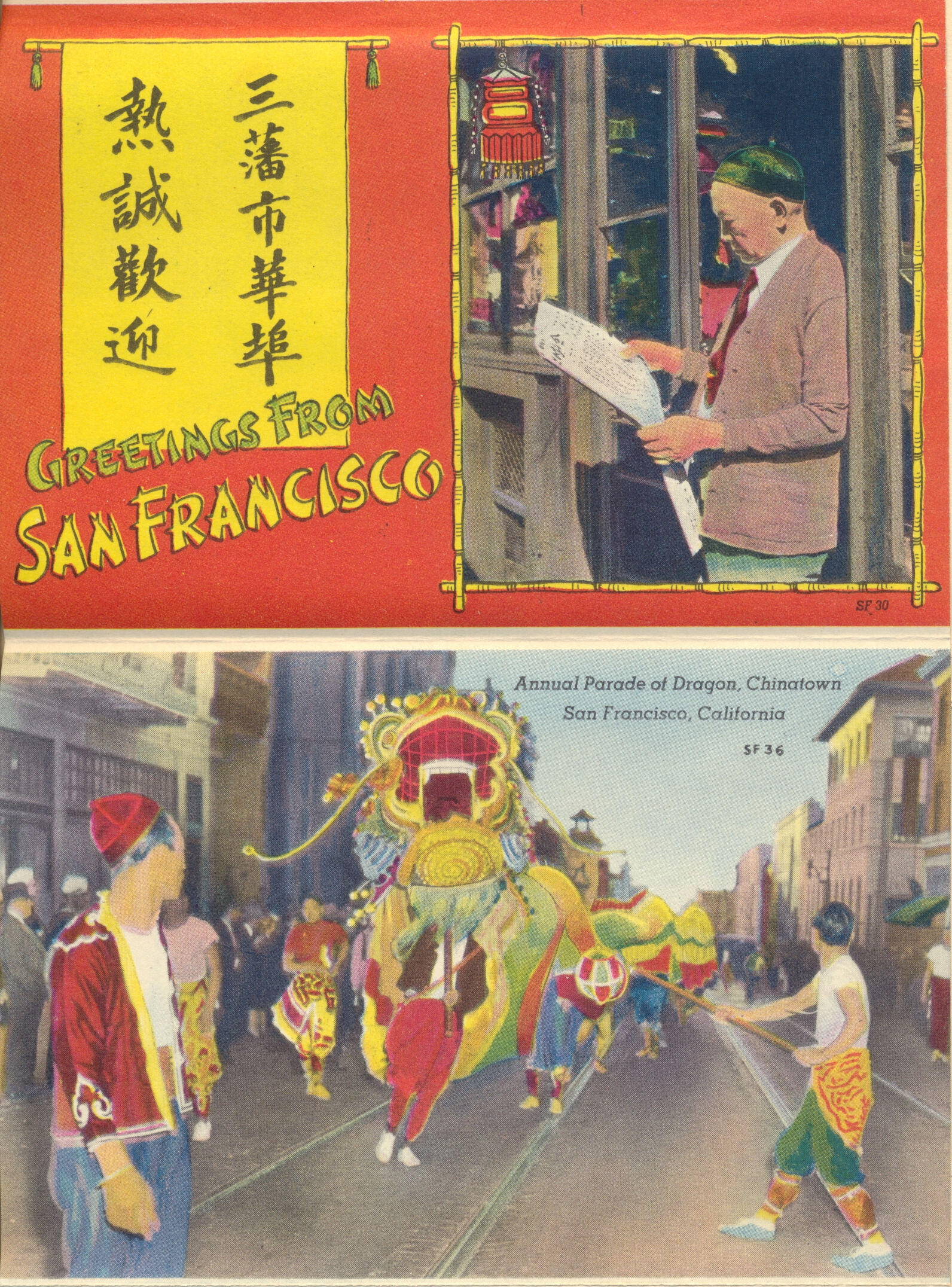 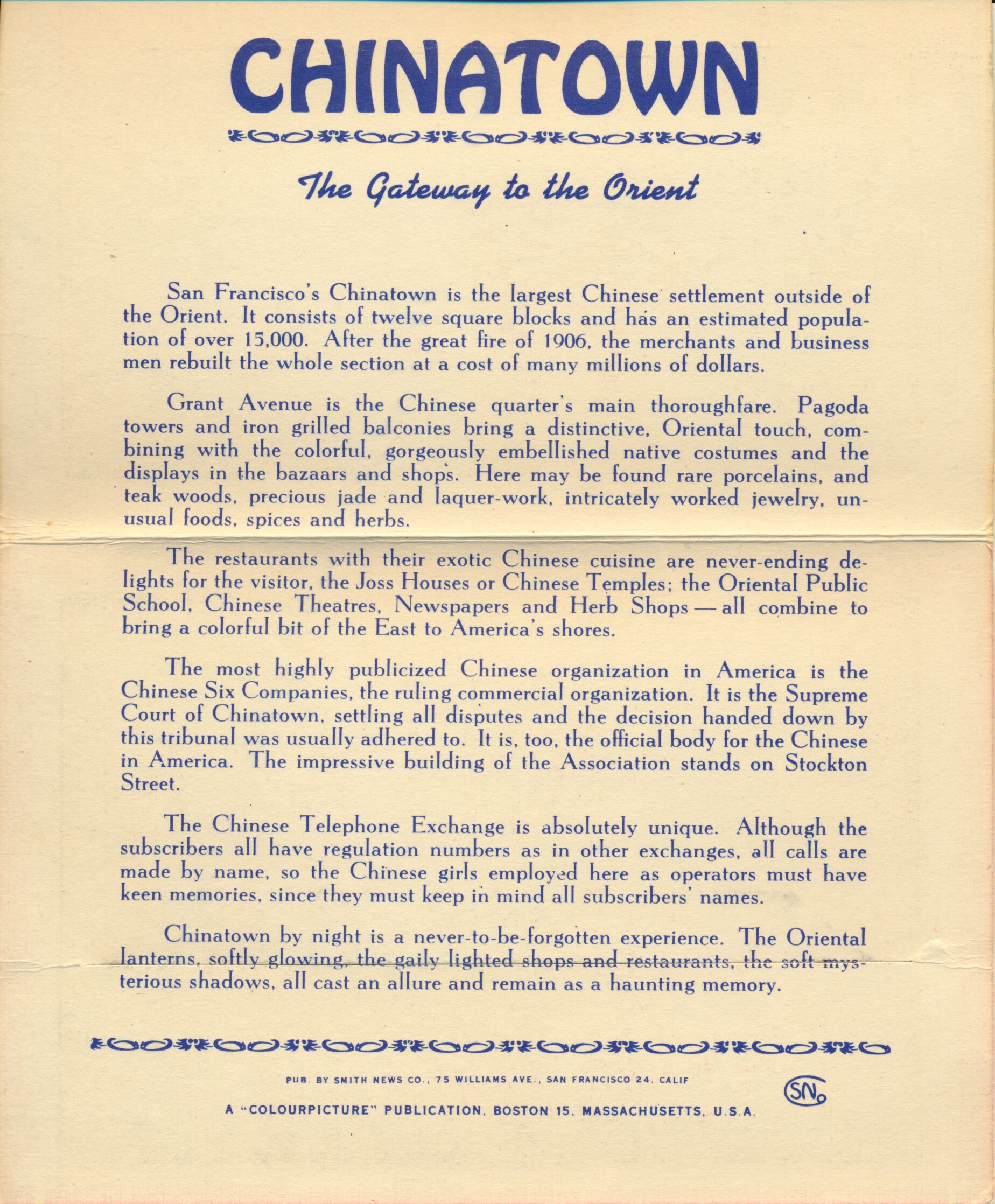 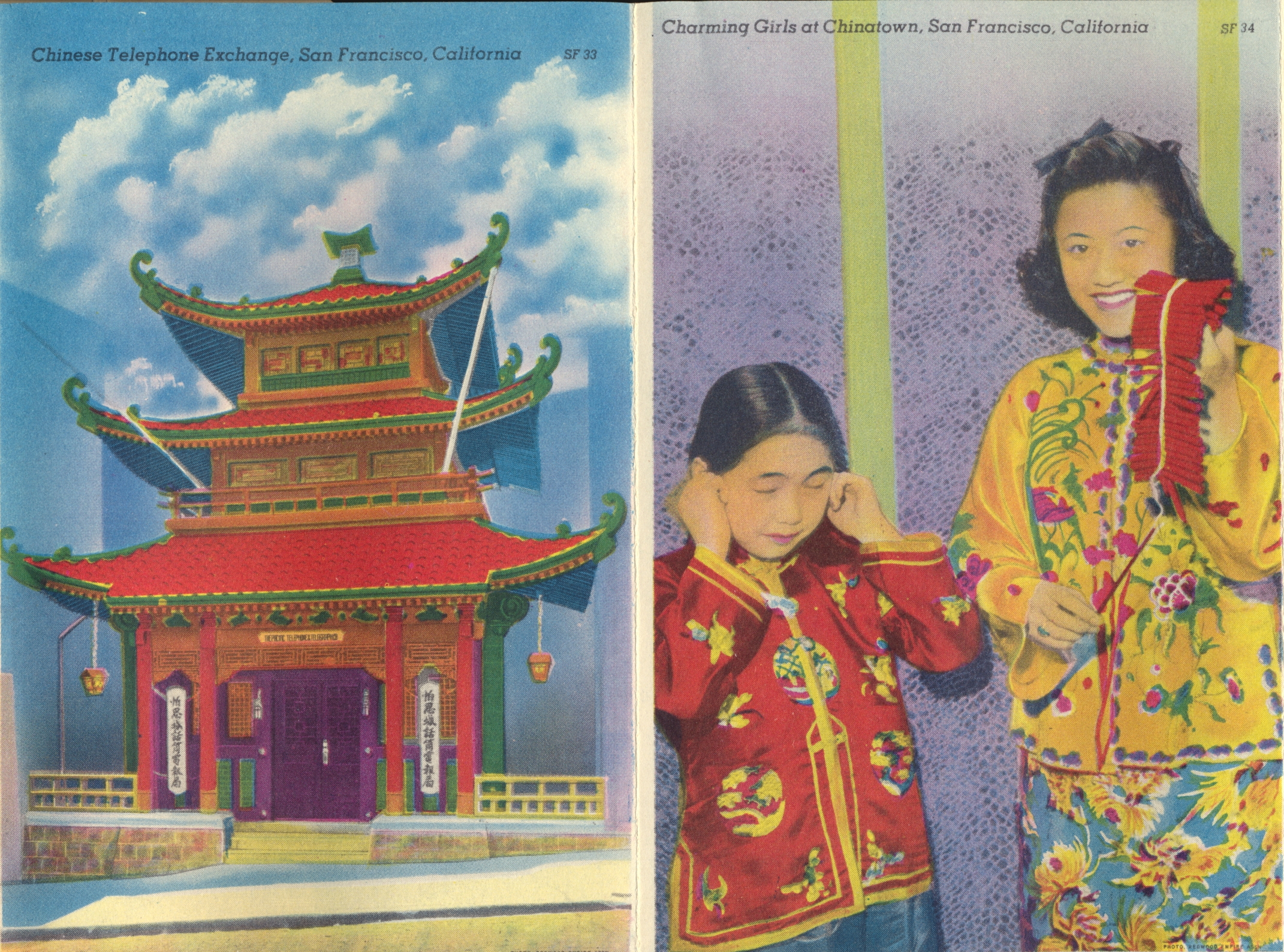 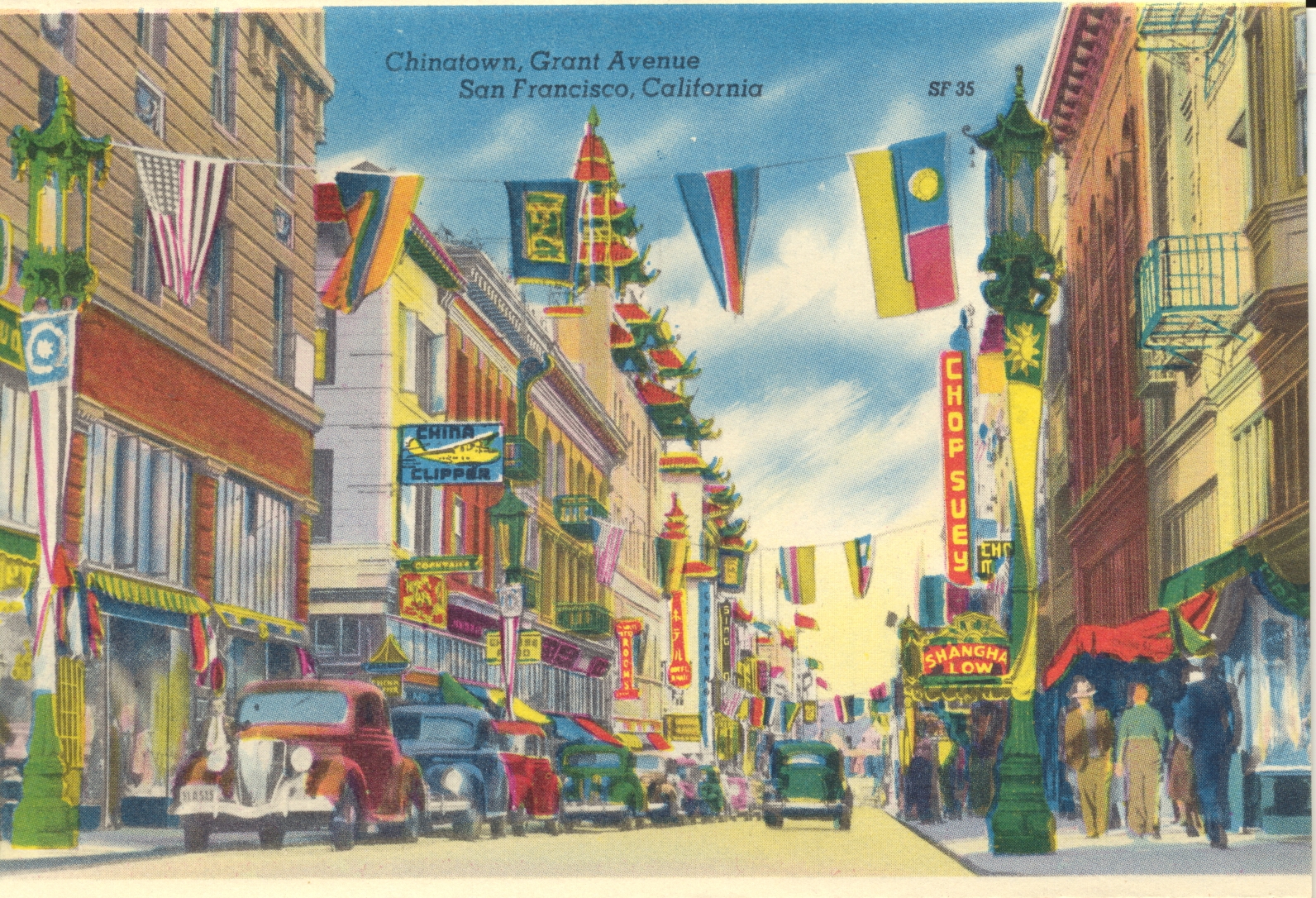 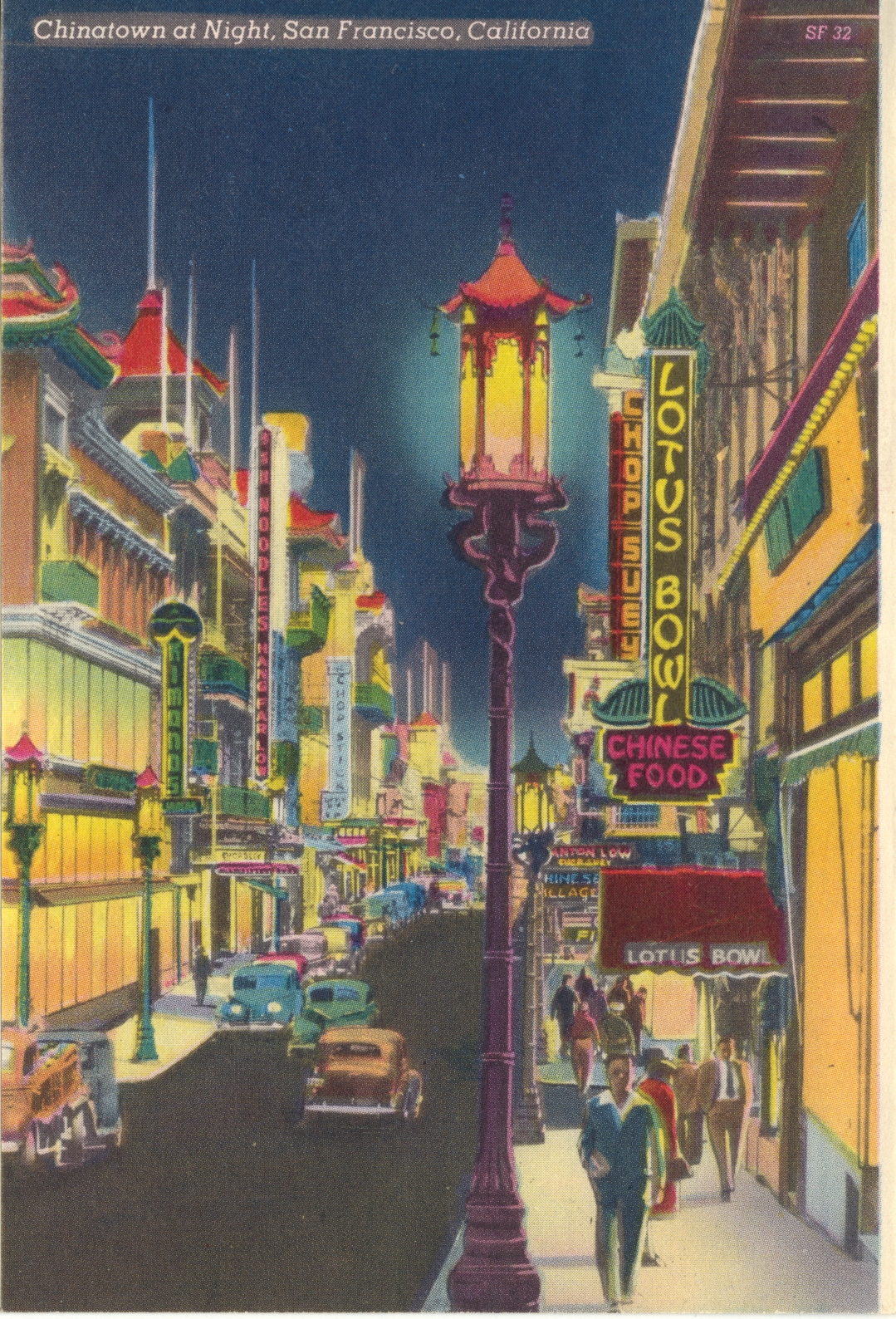 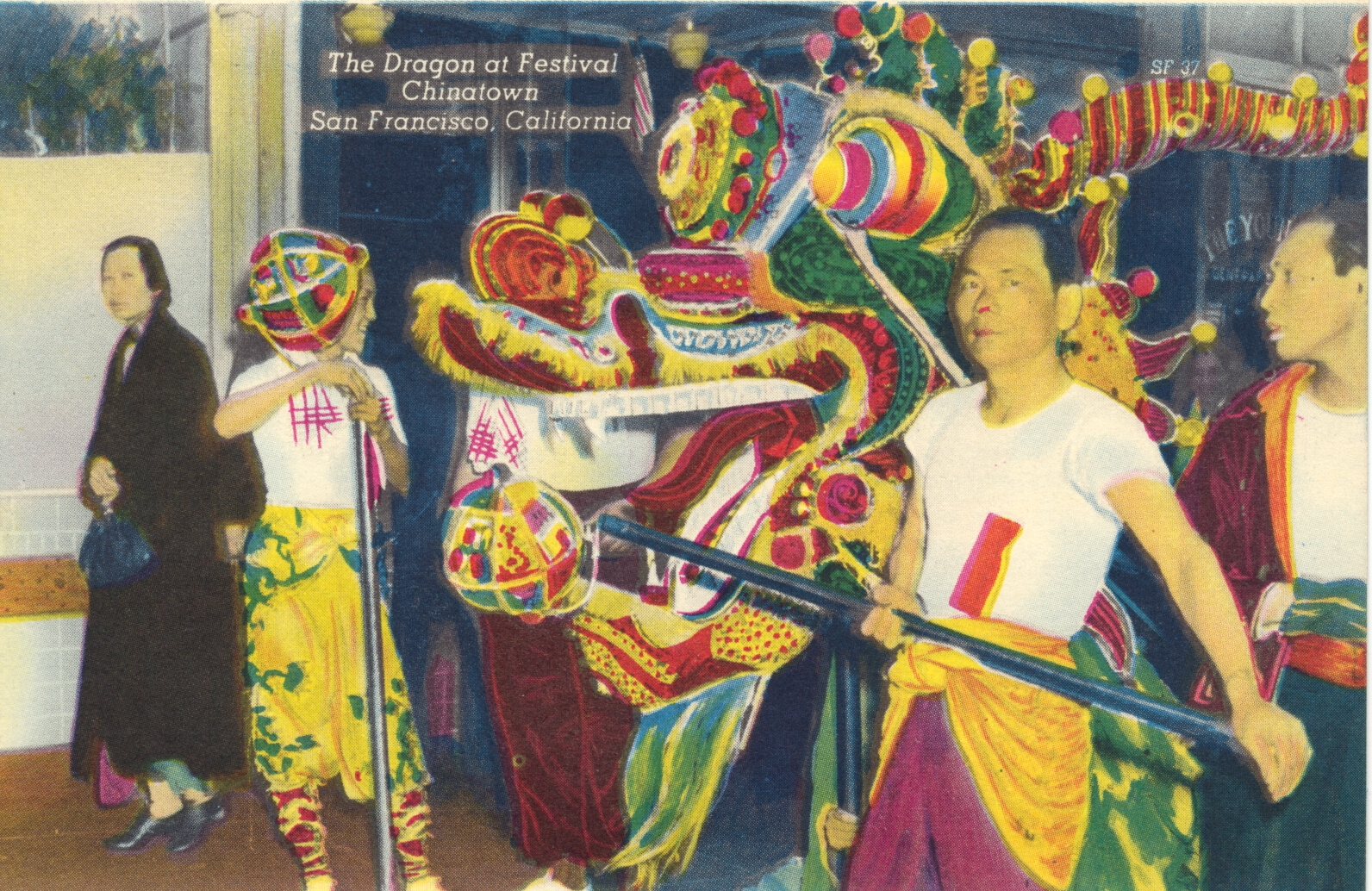 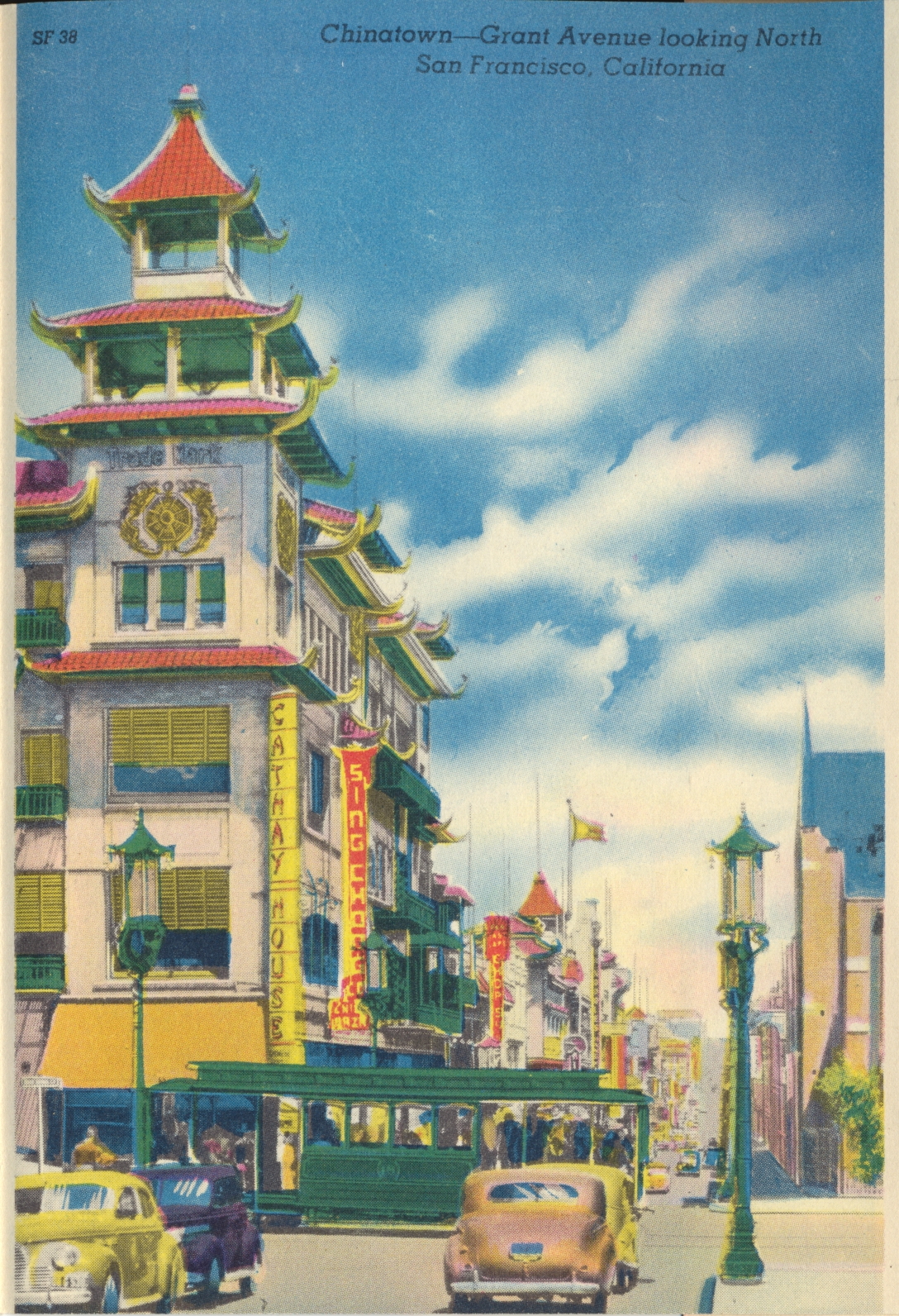 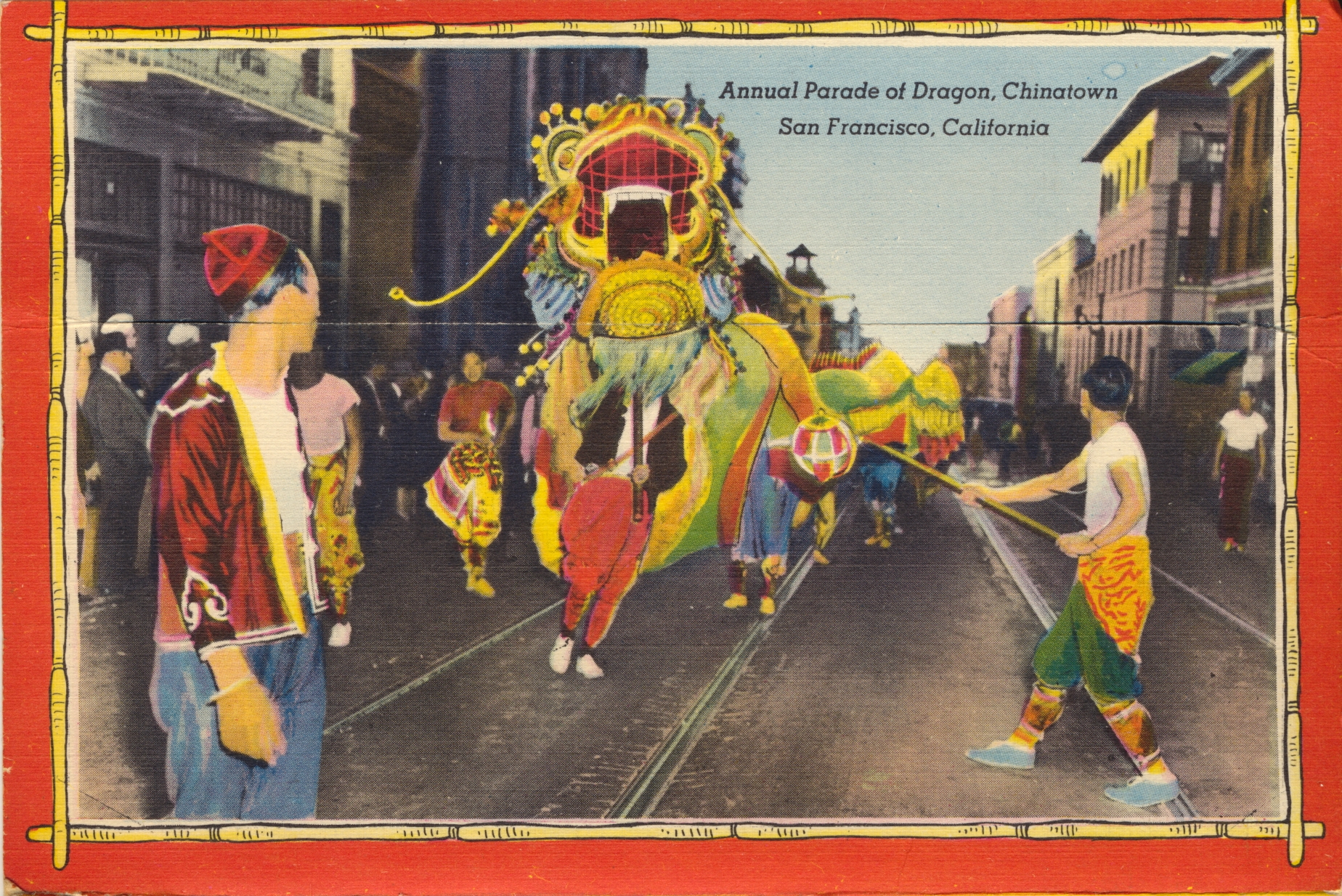 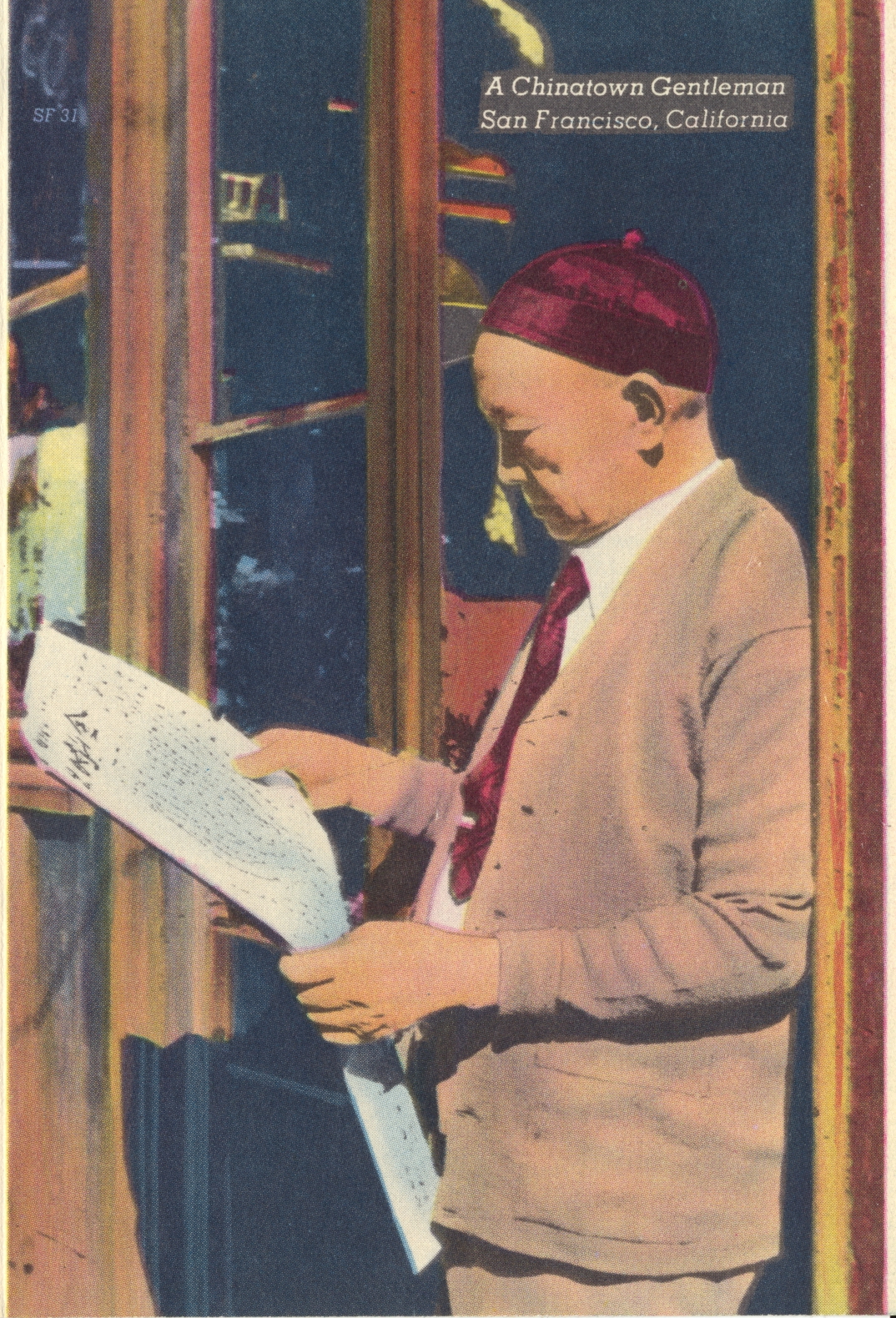 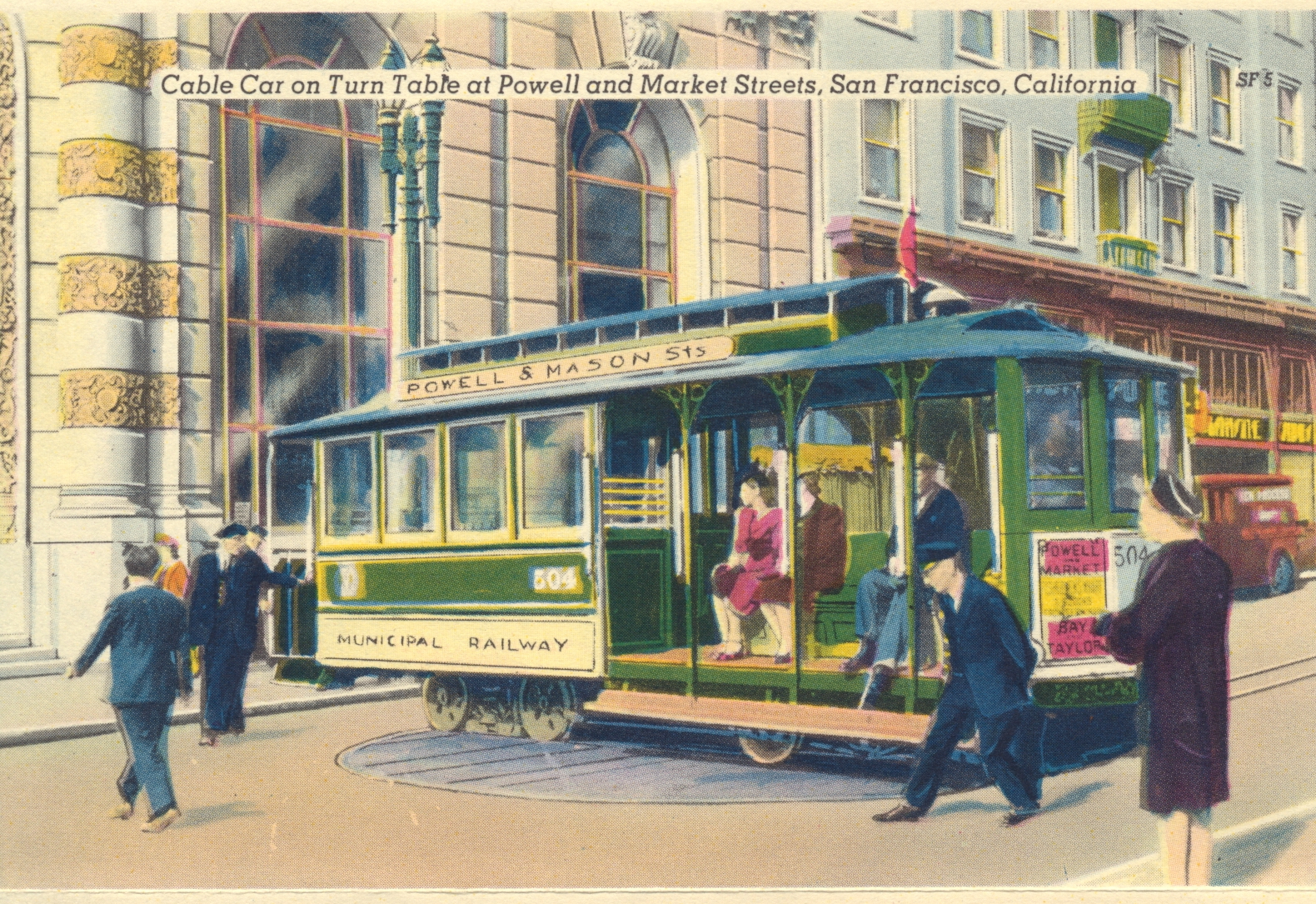 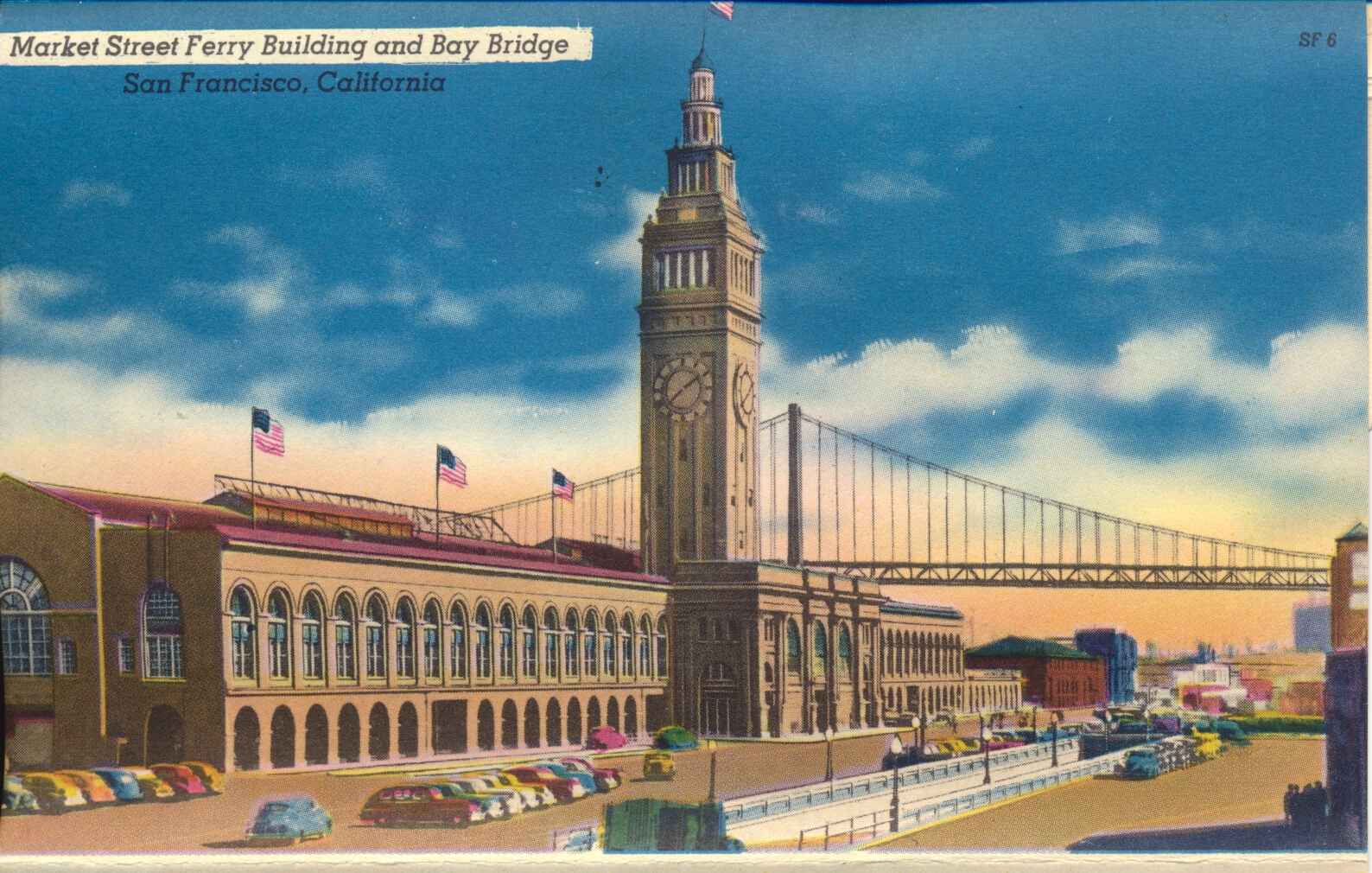 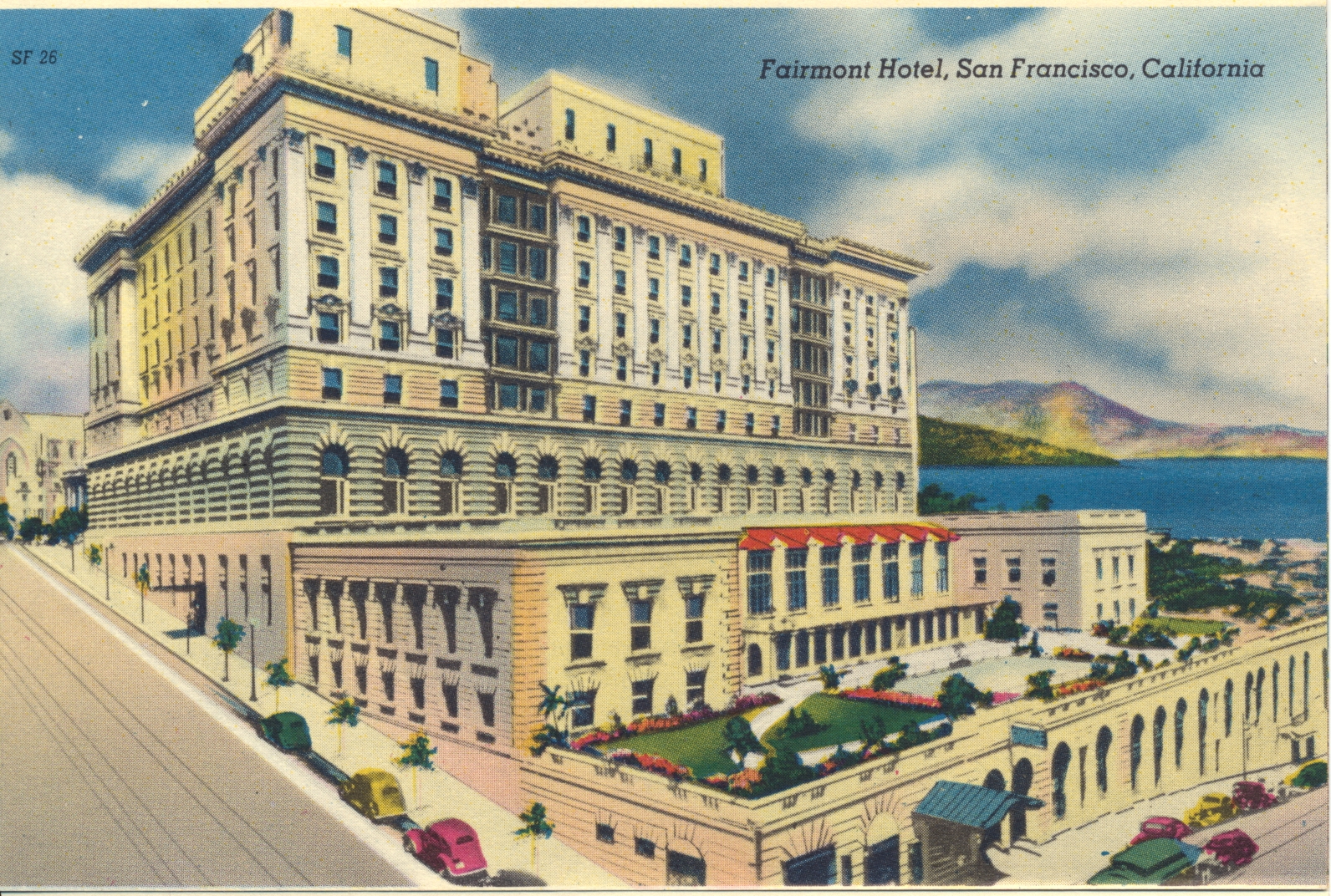 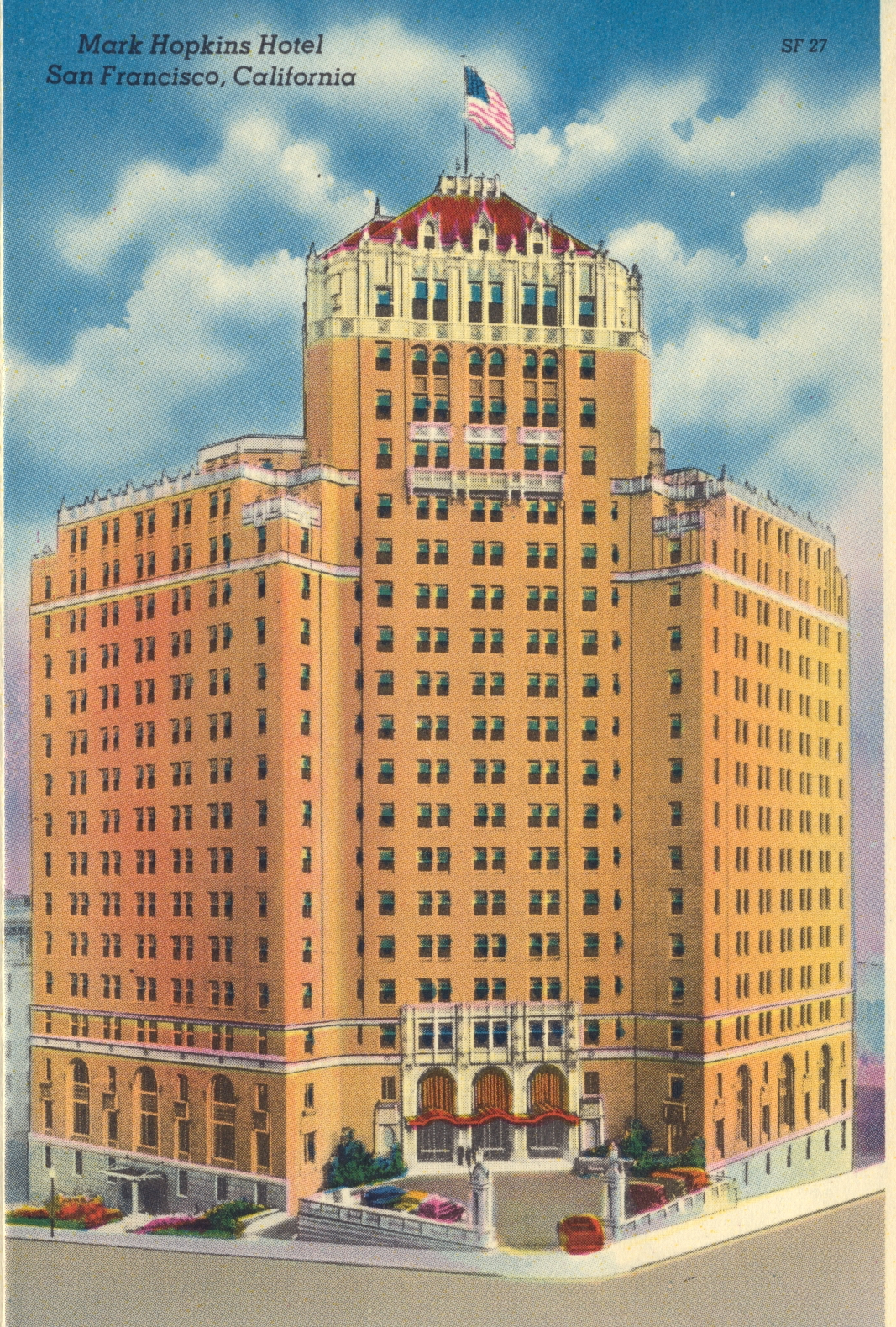 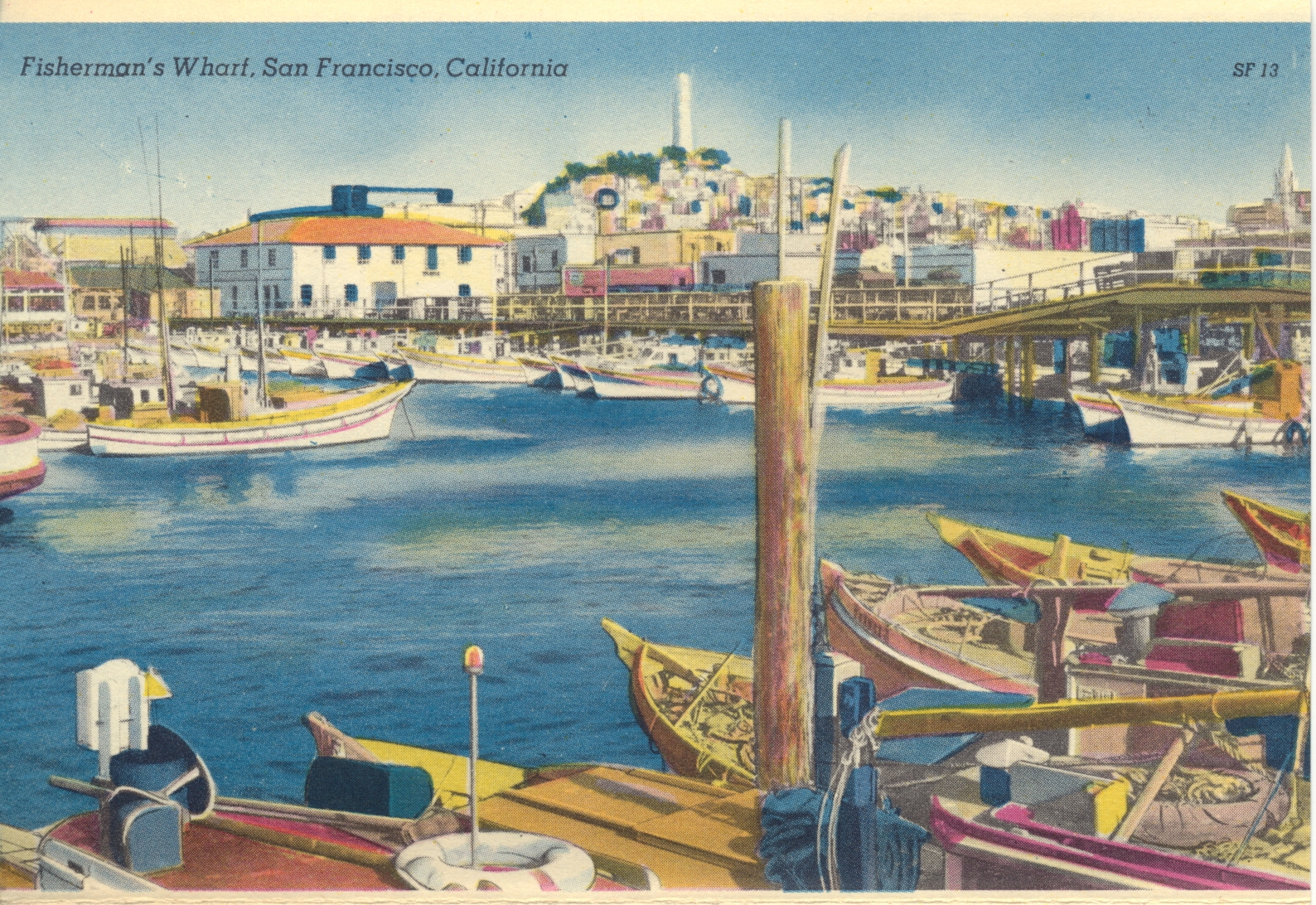 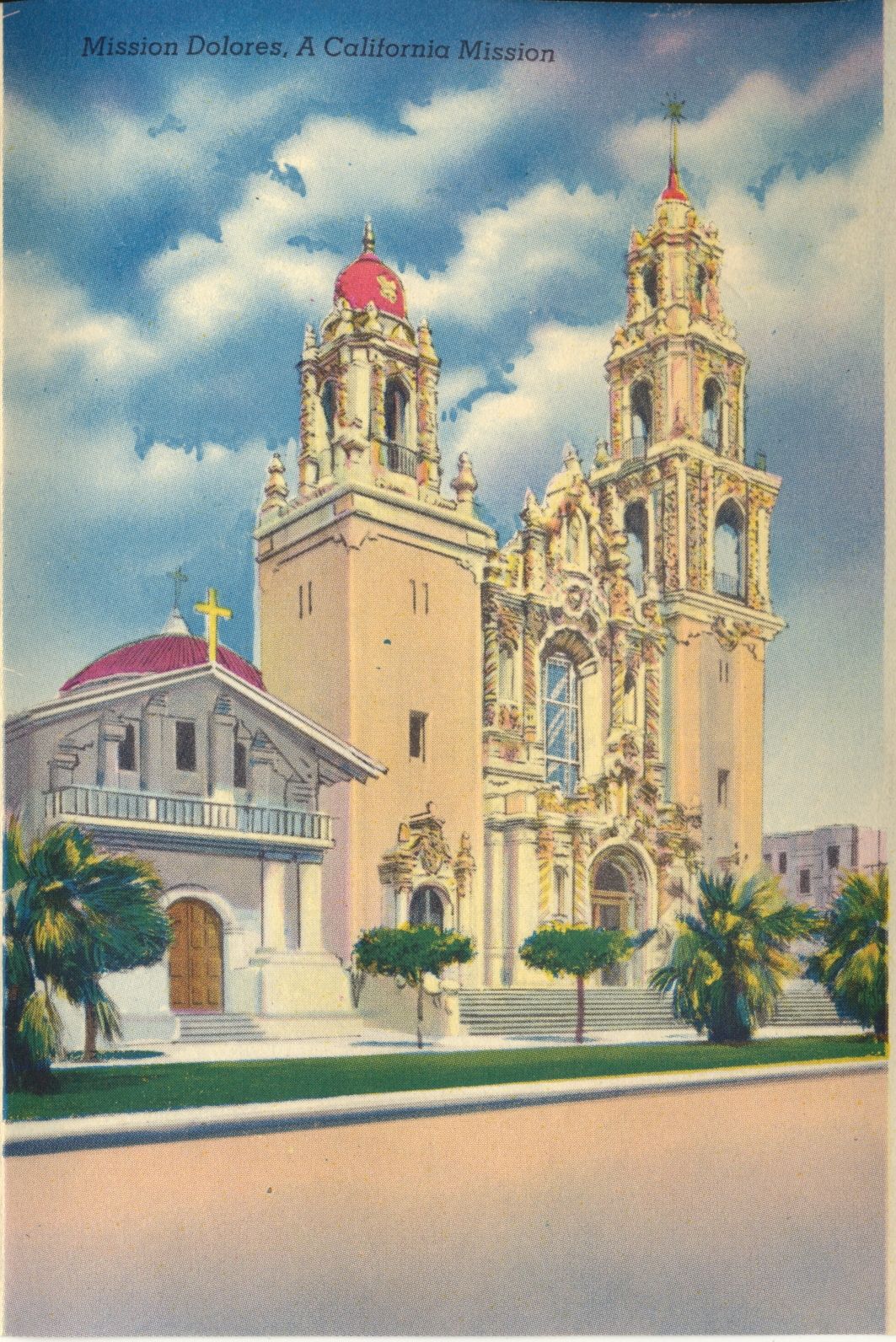 The picture above numbered SF 38 – Chinatown Grant Avenue Looking North is an earlier version of the same view seen on this card from a previous posting. Here the building is the Cathay House, while the later card shows it to be the Wax Museum.

The city views from the Fairmont Hotel are now quite different. The Fairmont is surrounded by multi-story buildings, so any view of the bay or ocean would be unlikely now except from the highest floors.

The folio is not used and has no publication date, but the automobiles shown indicate it is from the 1940s.