A bit of an odd tourist attraction, this postcard features goats. Genuine goats, as it says on the sign hanging from the rustic building. It also appears to say they are for sale. 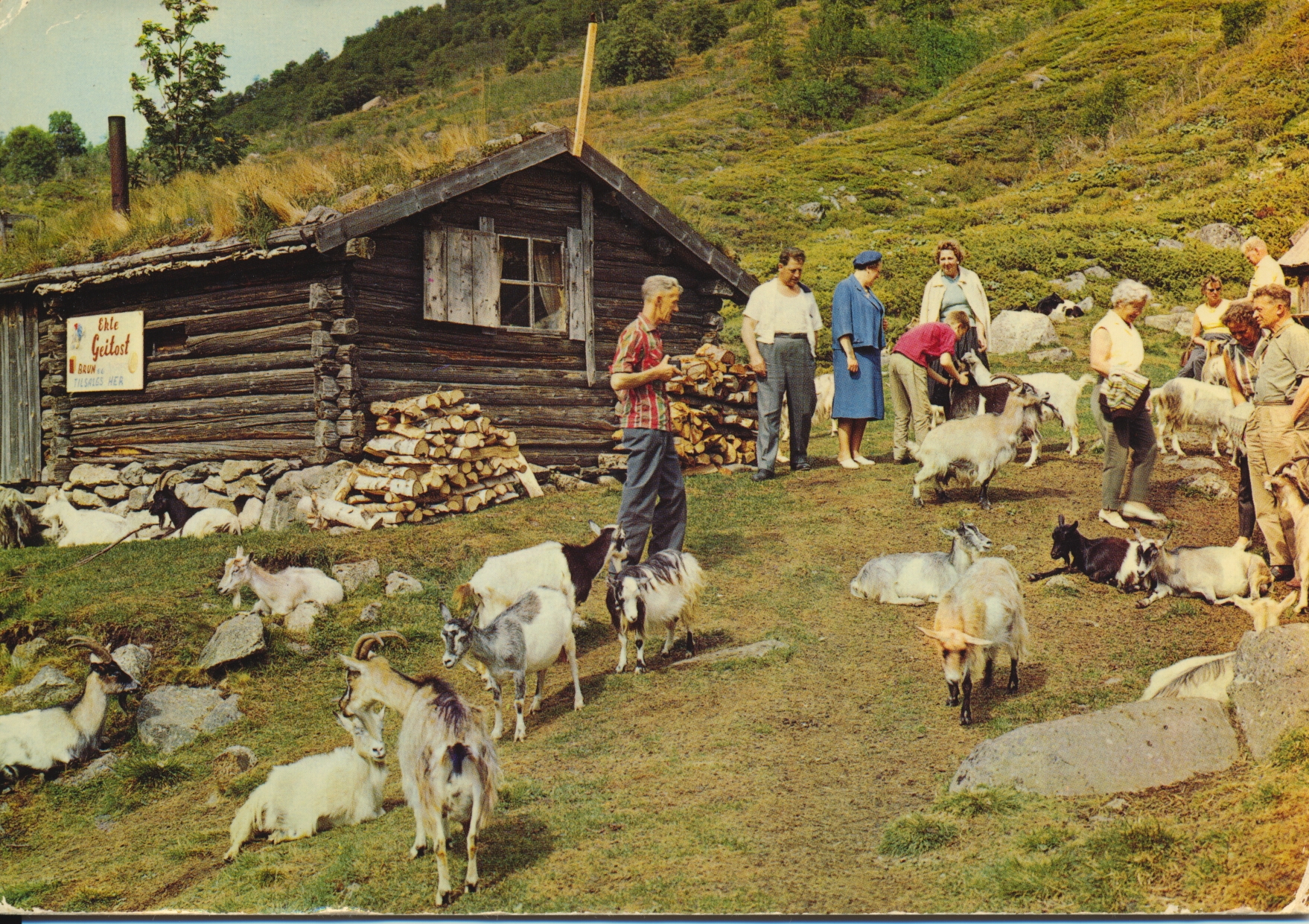 NORWAY: Herd of goats at out-farm

It appears that the Norwegian caption, ‘Norge: Fra geitestølen’, translates better as ‘From goat pasture’.