This is an artwork from ancient Crete showing several stages in the process of vaulting over a bull. It appears to show a sequential image of gripping, leaping and catching, but there are serious problems with this interpretation. 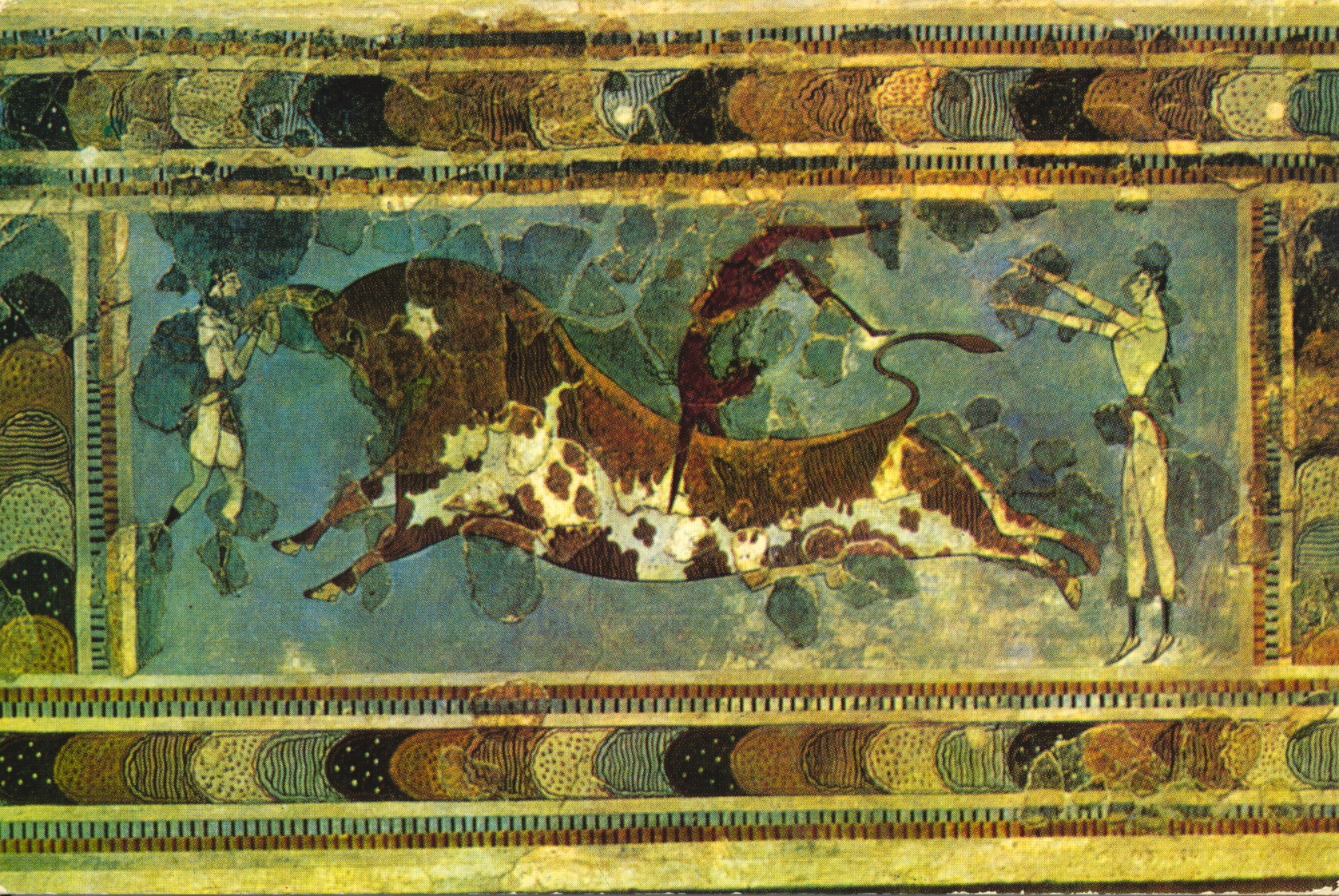 The description is short, and states:

The use of the term Tauromachy is probably inaccurate, as the general definition of this does not include the acrobatic activities as shown here. It is better described as taurokathapsia, or bull-leaping. The fresco was originally in the Palace at Cnossos, but was moved to Heraklion into the museum there for preservation and safety. Even so, the fresco is severely damaged, and much of the image is restoration rather than original material.