This folio offers illustrations and colorized photos of several of the Spanish missions founded by Junipero Serra beginning in 1769. 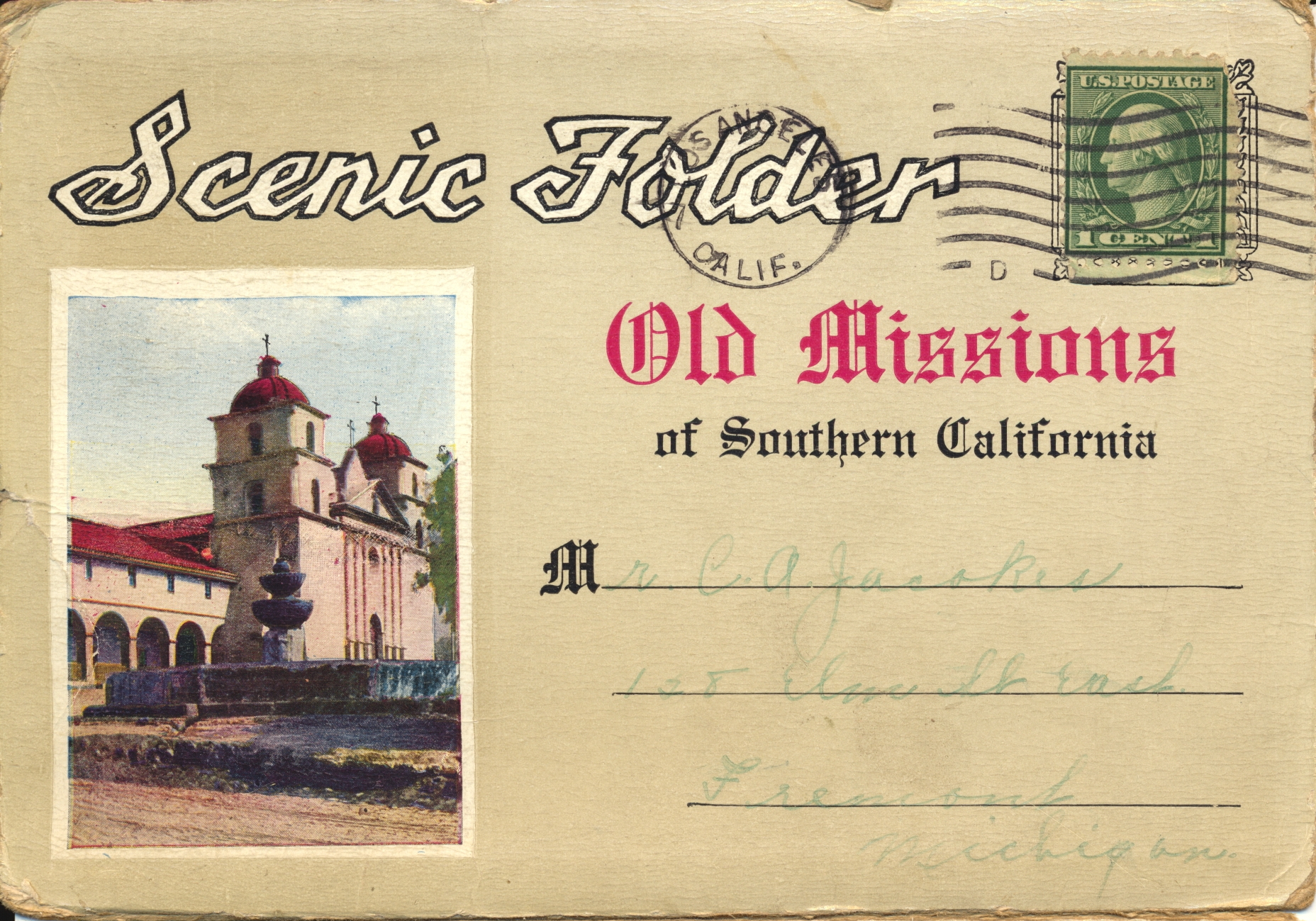 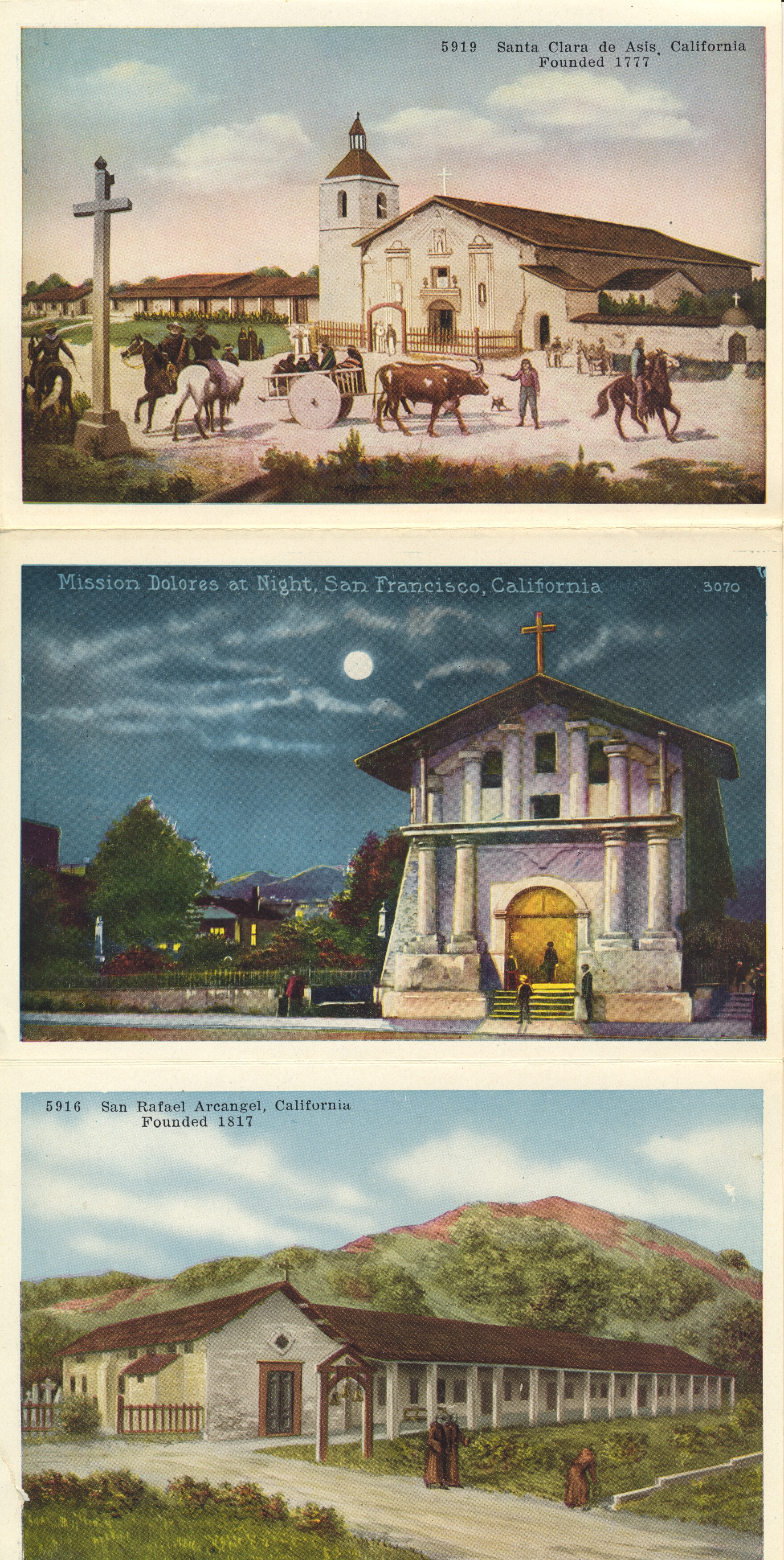 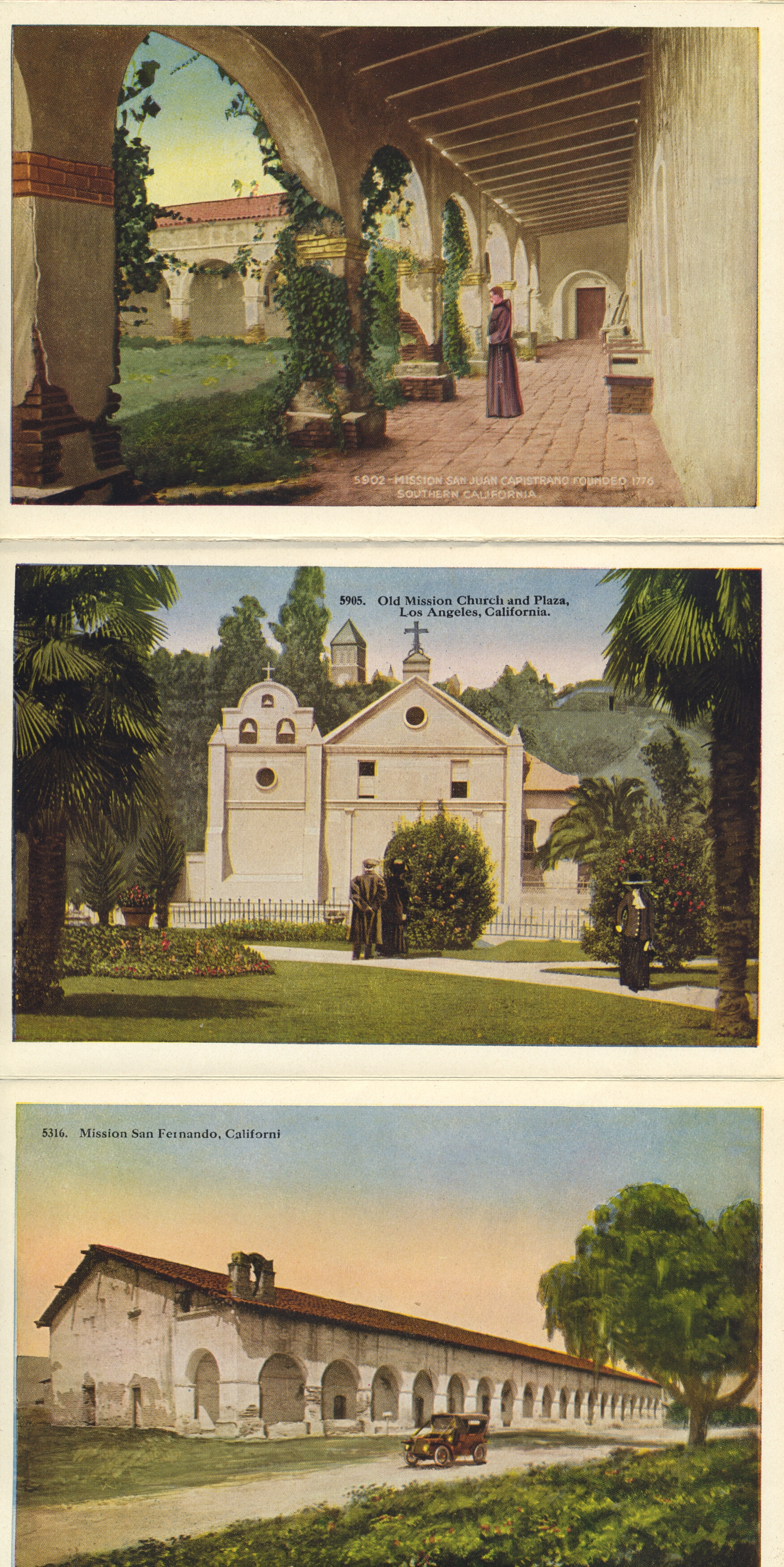 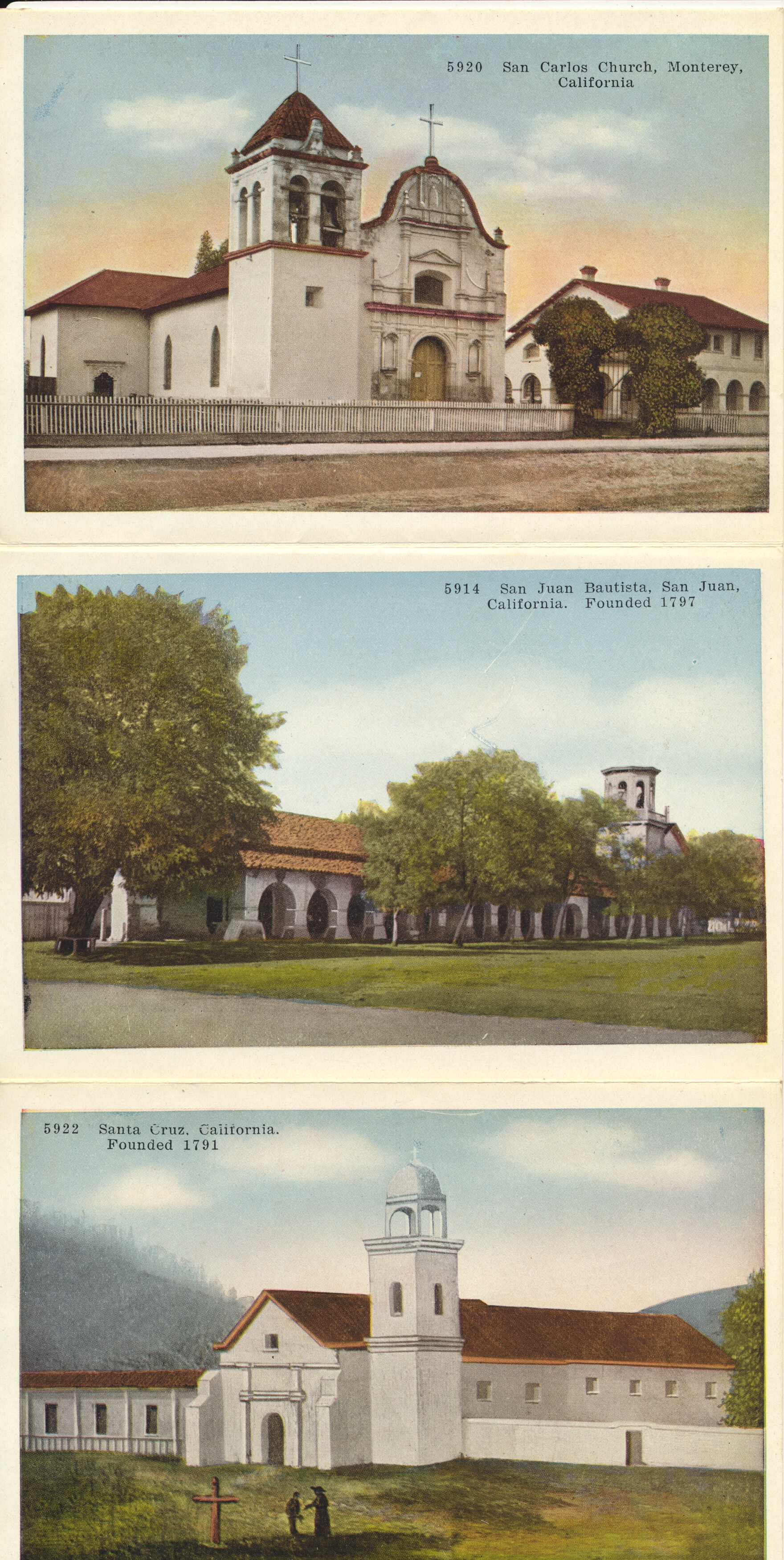 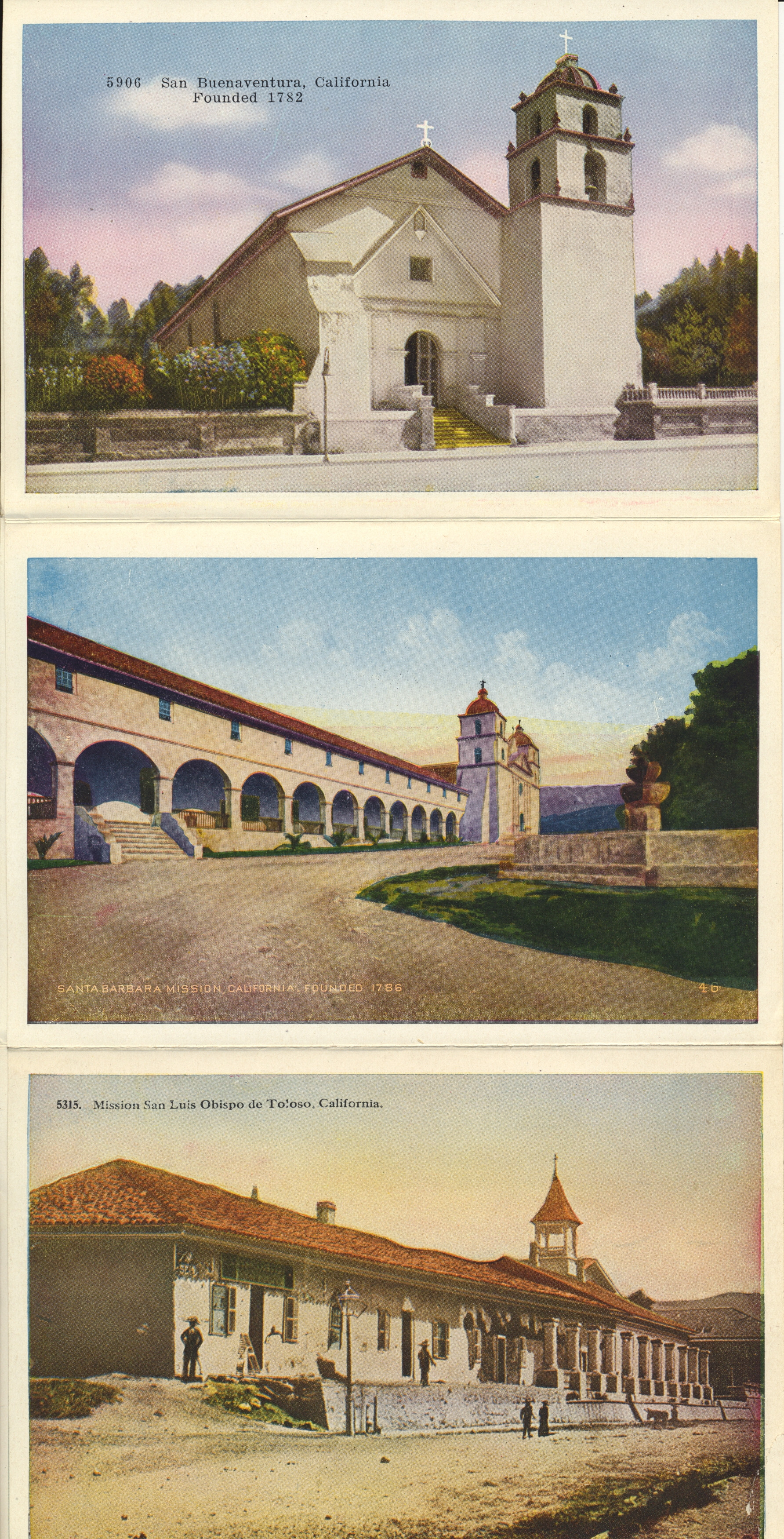 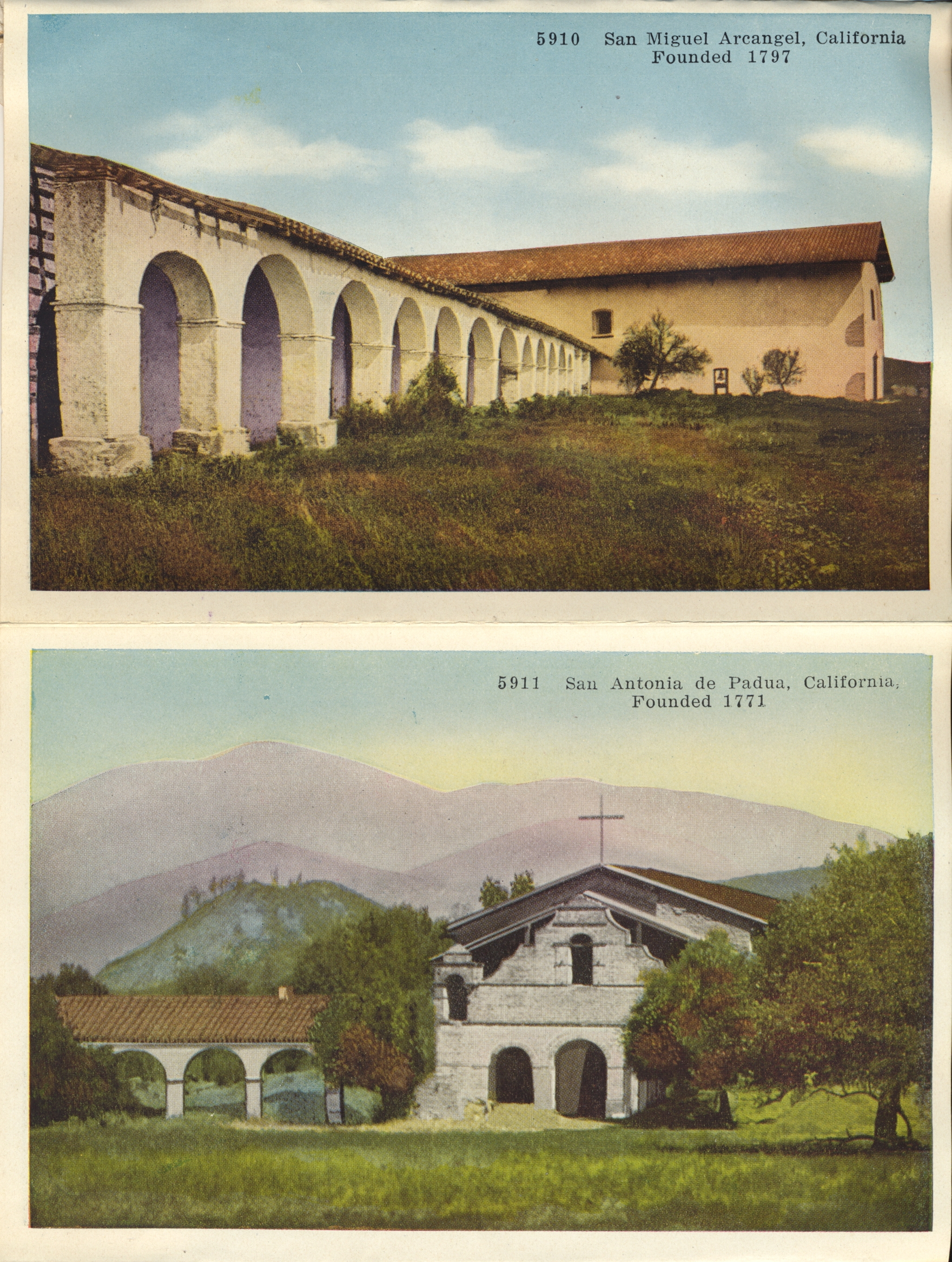 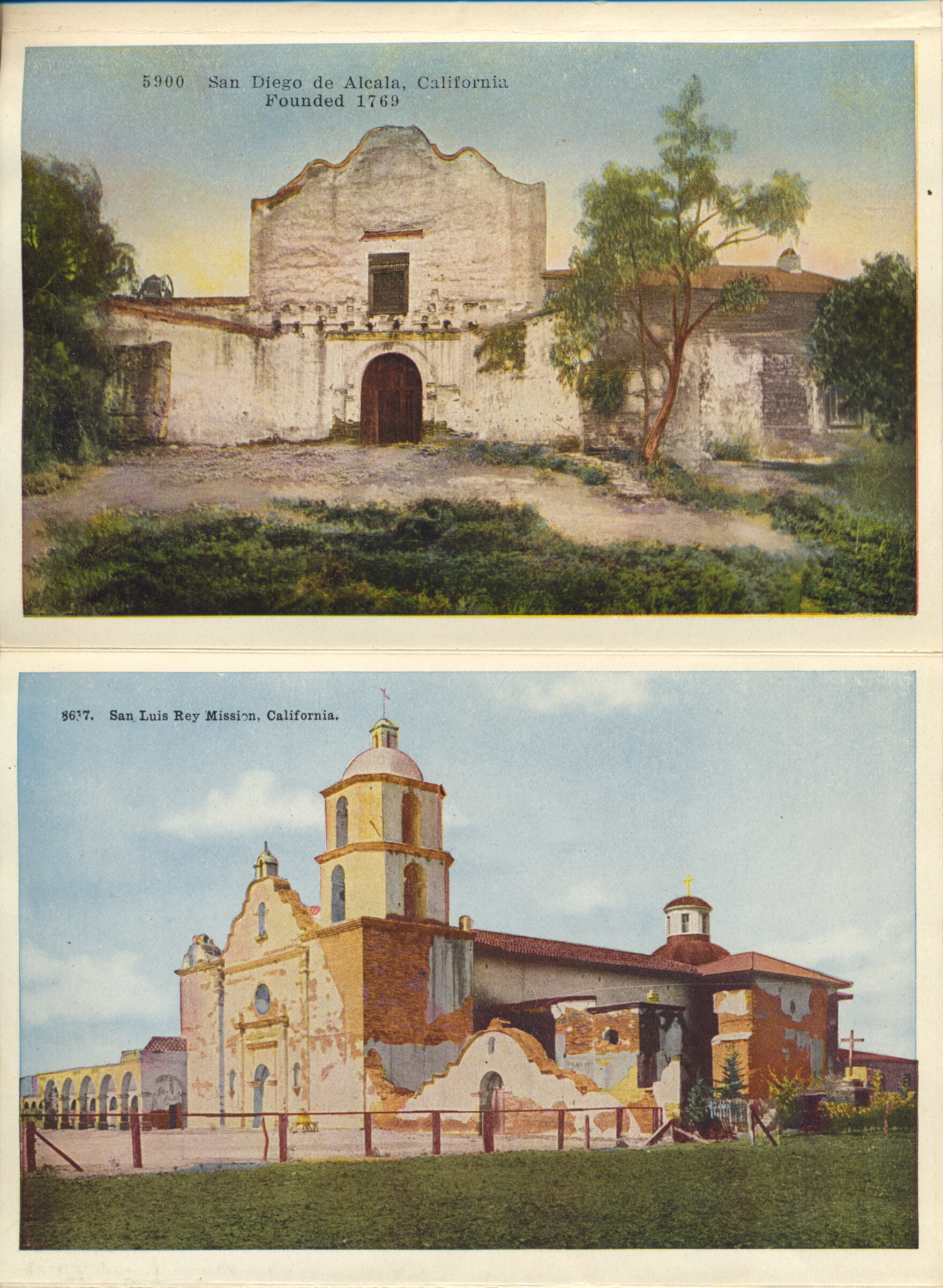 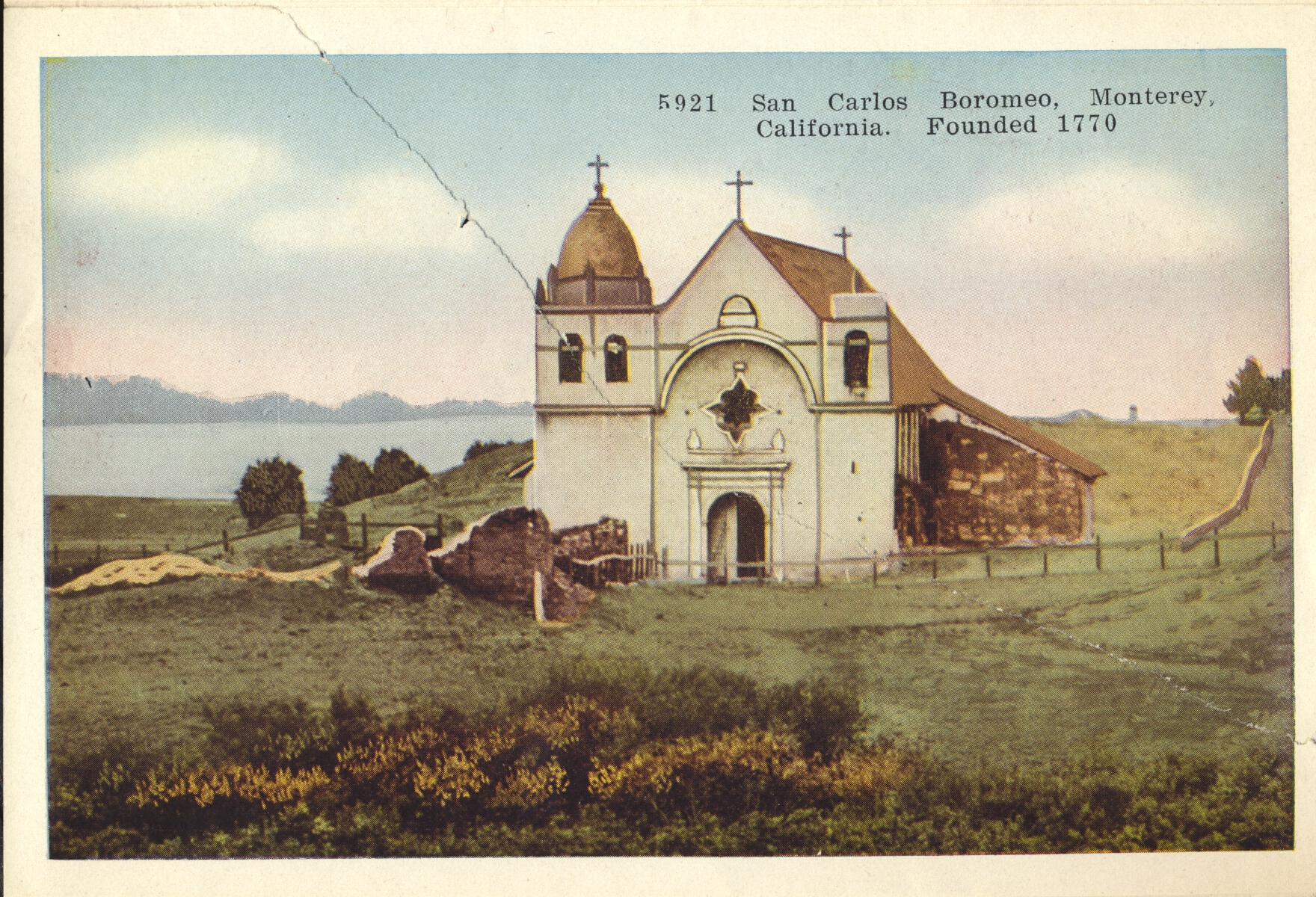 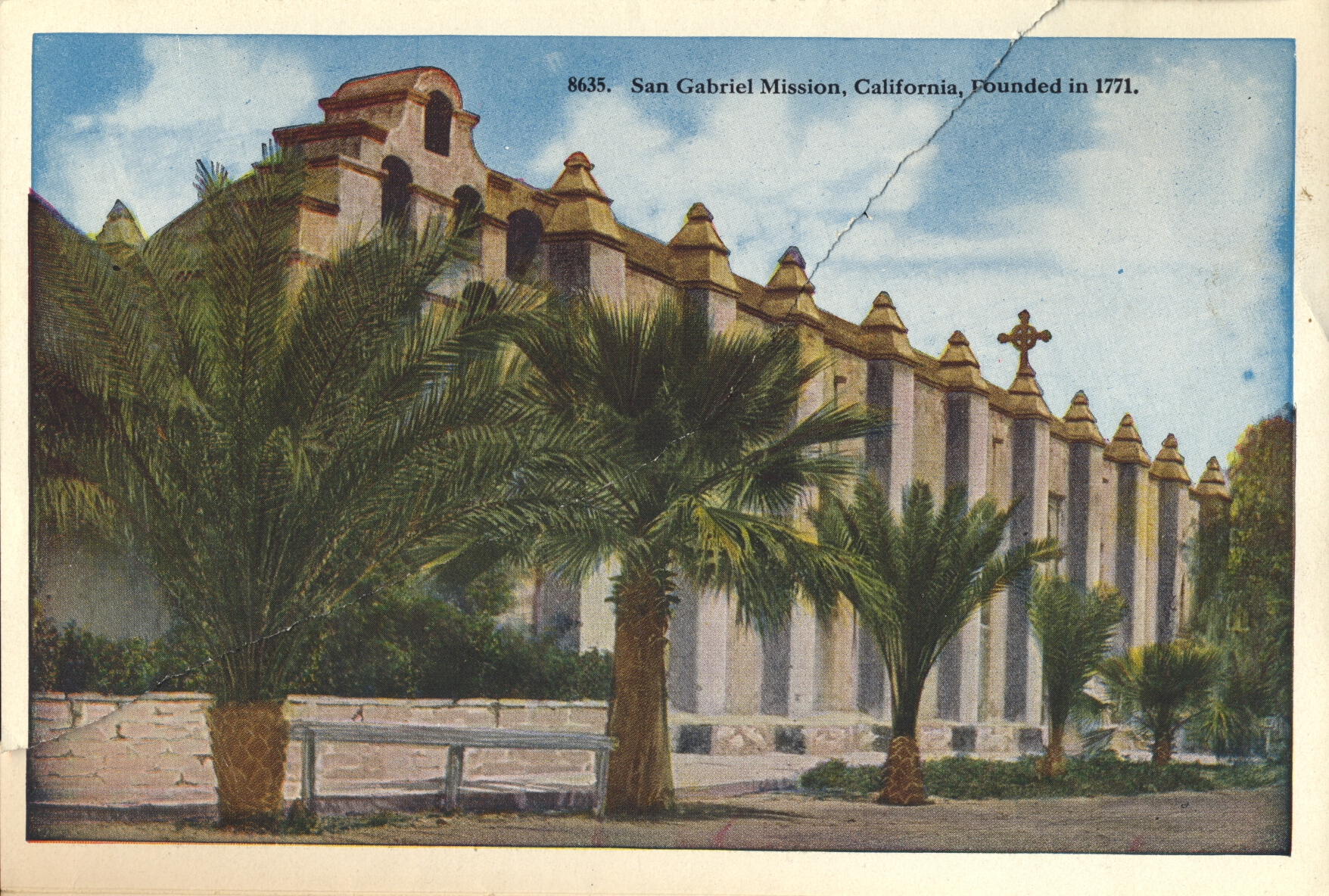 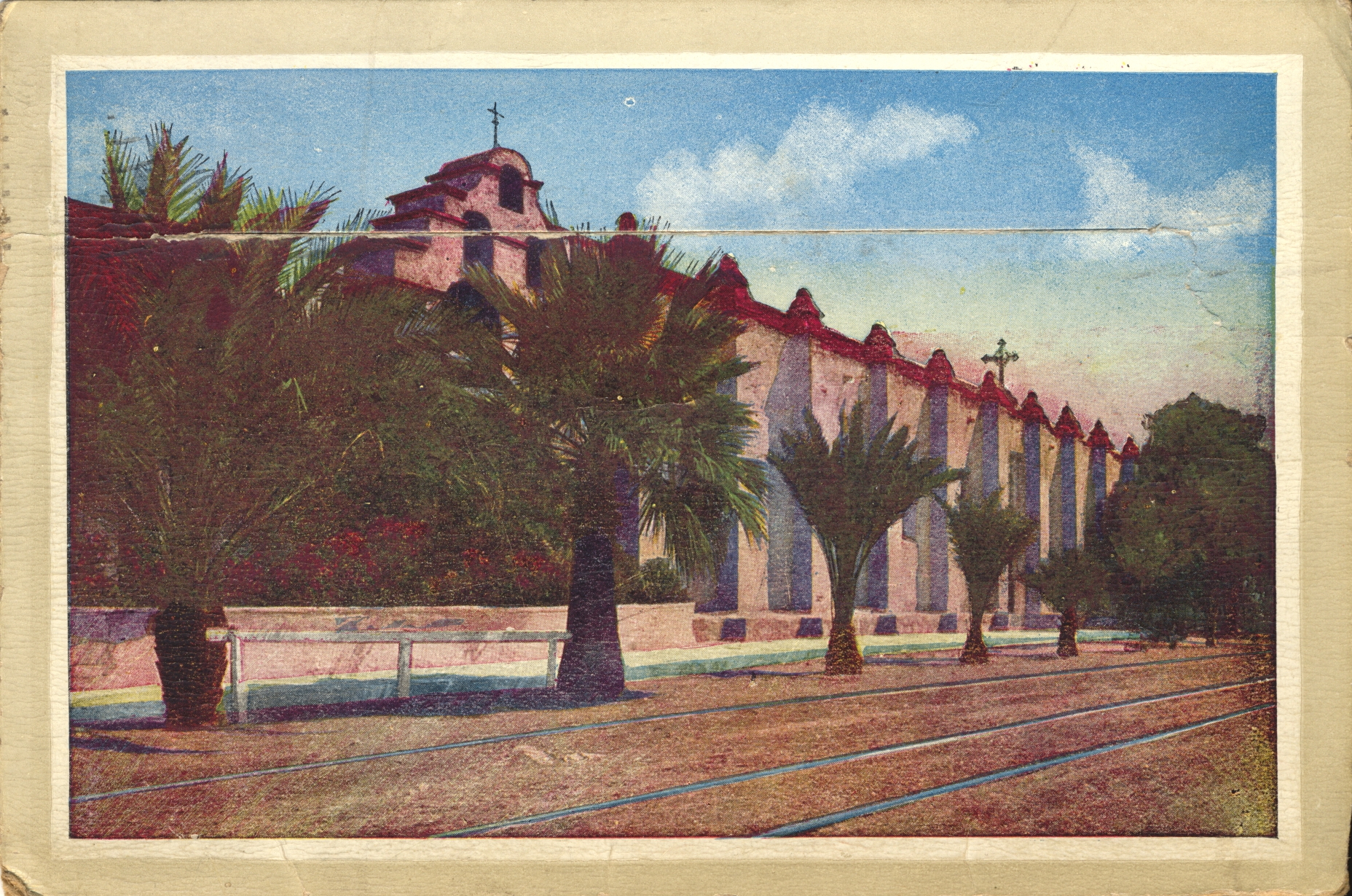 There is damage to one pane of the folio, as the sheet was torn completely through, so the image was carefully aligned before scanning to minimize the effect of the damage.

These pictures do not represent the missions as they appear today, except accidentally. Most now have been restored far beyond their appearance here, most obviously the San Carlos Borromeo which is no longer a free-standing church. Mission Dolores is now completely surrounded by urban construction in the midst of San Francisco, as is true of many of these other missions located in what became large cities in the latter half of the 20th century.

The more rural mission buildings are reduced in number and complexity, but the main church structures are still much as they appear in these photos allowing for restoration and reconstruction of ancillary buildings.

This folio is not dated, but it was used and bears a stamp. Unfortunately, the cancellation does not reveal a date and did not have one when made. An estimate can be made from the time the stamp was issued and used, as well as the address where the recipient lived.

The stamp is an engraved version of the 1 cent issue of 1912. These continued to be made until after the First World War. The C.A. Jacokes alive at that time would have been a teenaged boy by the end of the war. Thus, it is likely this folio dates from the 1920s.