This card depicts a scene with a butcher’s card selling meats as it passes through the town. The location is stated as Pointe au Pic, which has been merged into the larger municipality of La Malbaie as of 1999. 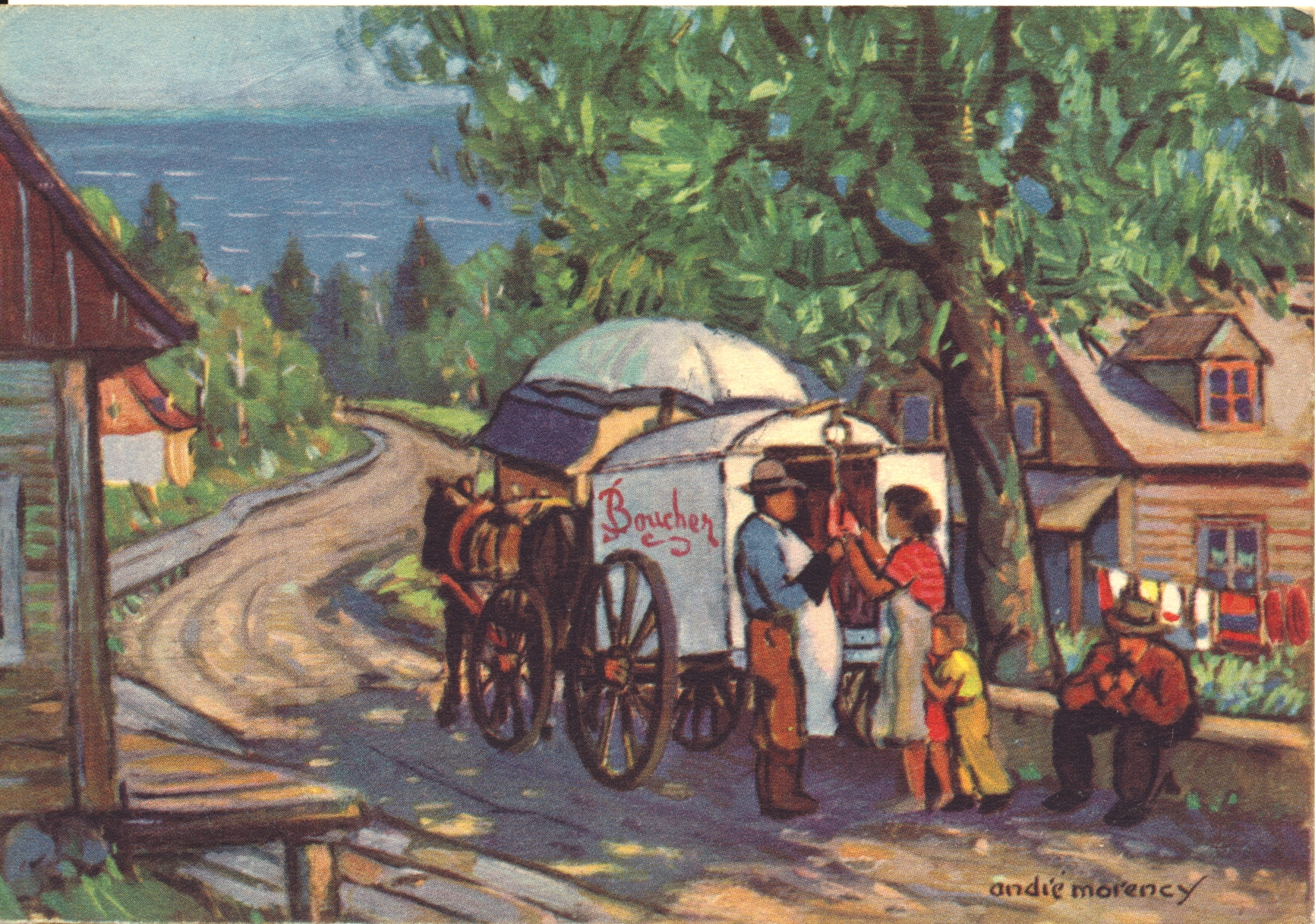 There are two descriptions on the back of the card, one in French and one in English. The French title is Le Boucher Ambulant, which is incorrectly translated into English as The Country Butcher instead of The Mobile Butcher. The whole English description states:

As we say in French, “Happy peoples have no history.” A few steps from the Manoir Richelieu, at Pointe Au Pic, this picture characterizes the simple philosophies of life.

There is no indication of the age of this postcard, but it is believed to be from the 1950s.