Having seen the city from the air, the place to descend back to earth is the Kent County Airport. 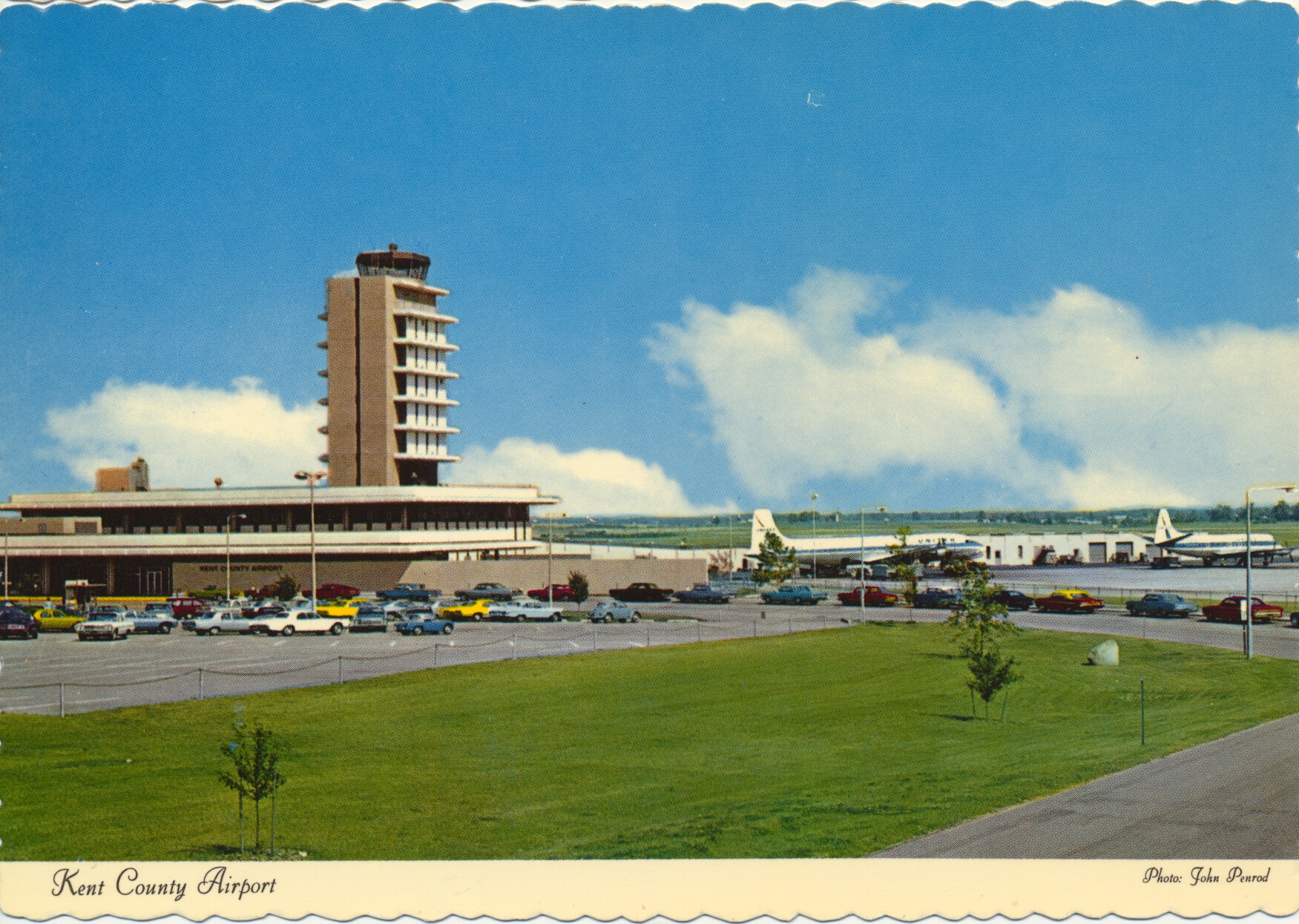 Known now as the Gerald R. Ford International Airport, after the man who represented this area in the US Congress and became president after the resignation of Richard Nixon in 1974. The description states:

KENT COUNTY AIRPORT – Located just southwest of Grand Rapids, Michigan, this full-service airport serves the area with scheduled airline flights and supporting air service functions. The US Weather Bureau radar station at the airport watches over all of Western Michigan, with forecasts of weather conditions and flight information.

This card is part of a series that appears to date from the late 1960s.