The week begins with an aerial overview of the city of Grand Rapids, MI. 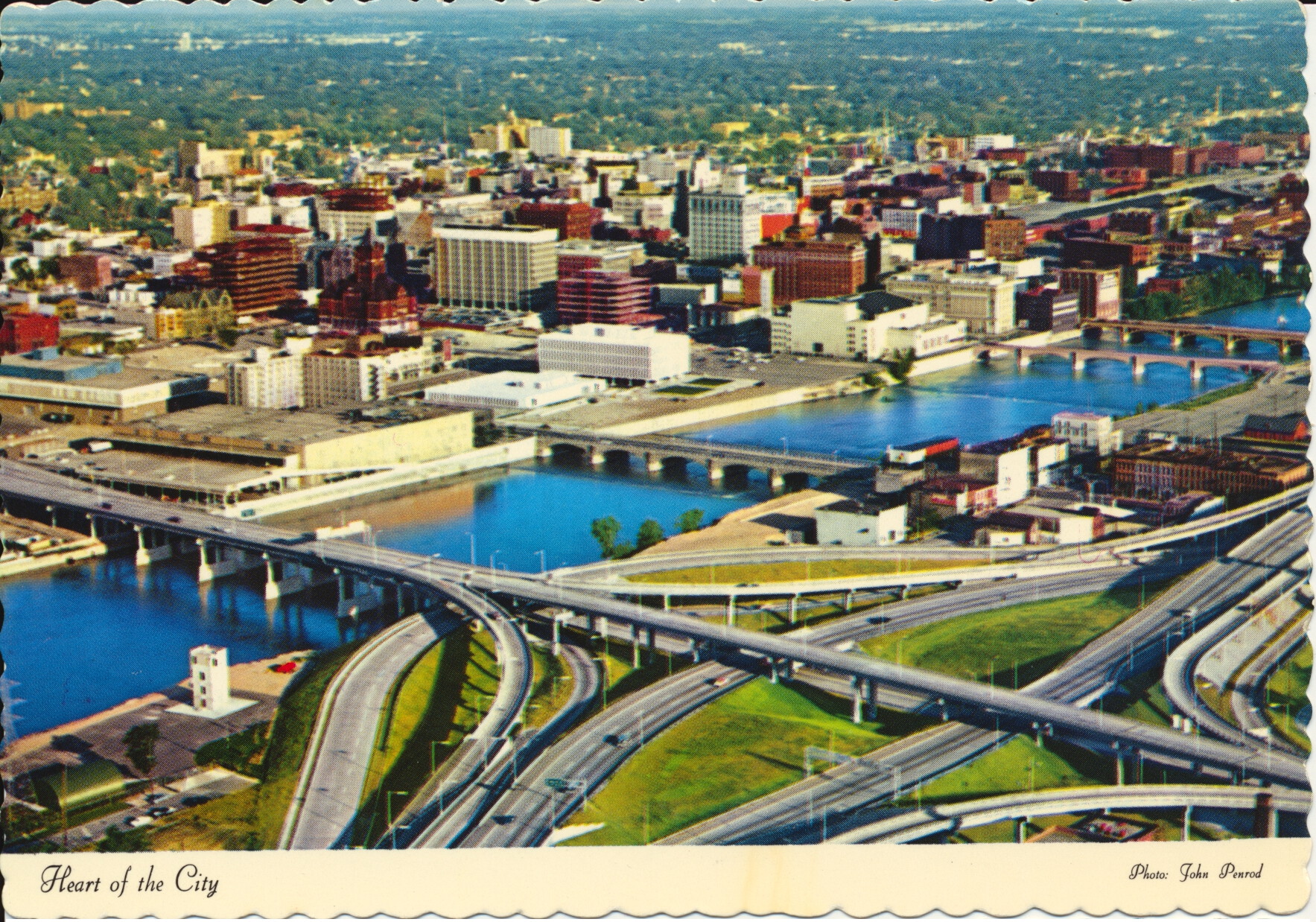 HEART OF THE CITY – Typical of Grand Rapids’ progressive nature is the network of super highways linking the city center to surrounding suburbs and other Michigan cities. Projects such as this and the impressive Vandenberg Center are characteristic of the growth which has made it one of America’s leading cities.

–Since these optimistic words were printed, Grand Rapids has seen a significant decline from de-industrialization and plant closings beginning in the late 1970s. This card, one of several from the same series, dates from the late 1960s.