This is a photo of the faithful version of the Greek Parthenon in Athens, Greece. It originally was a temple to the goddess Athena Parthenos, or Athena in her manifestation as the protector of the city. 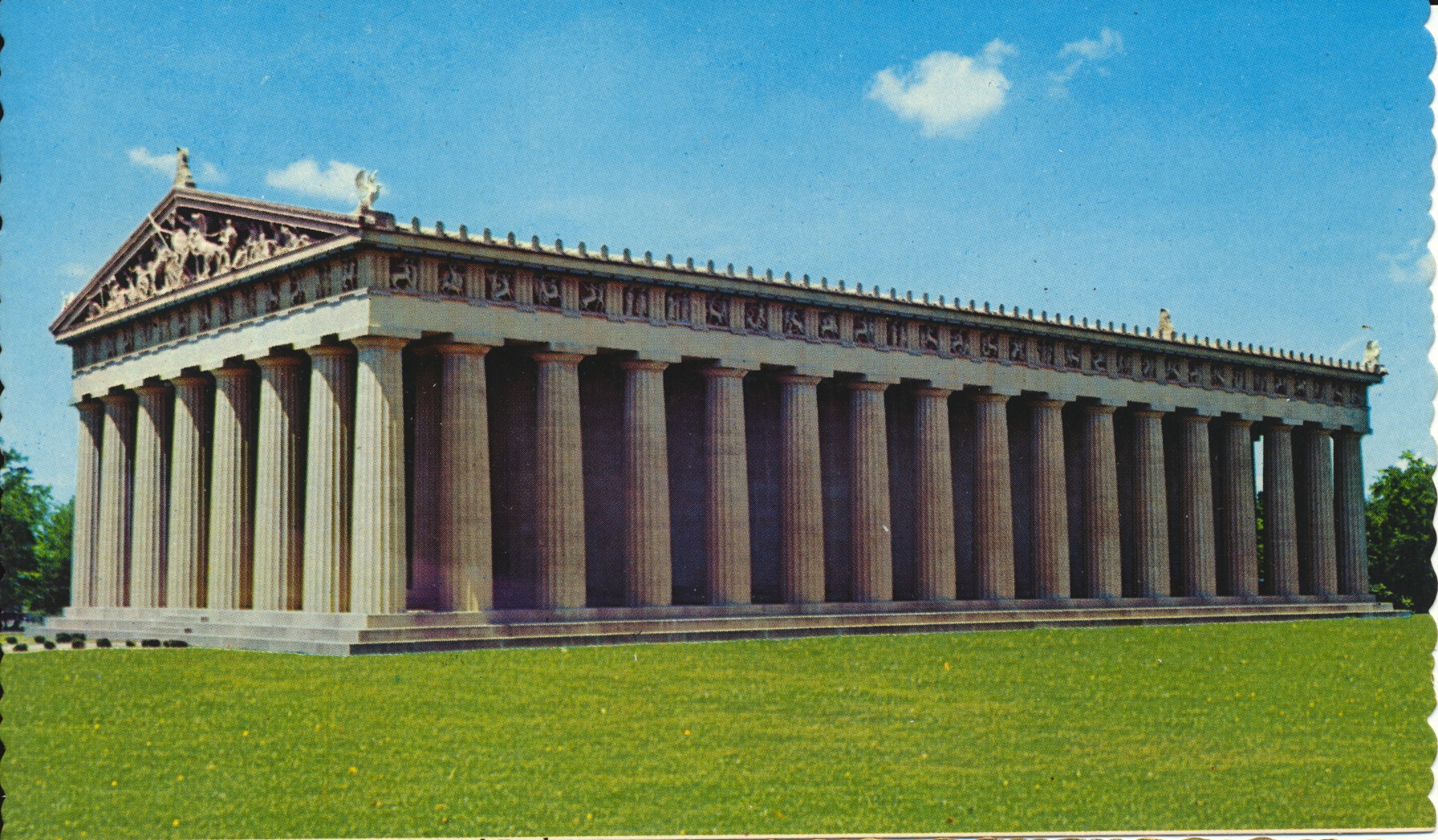 The card was trimmed top and bottom but doesn’t lose any of the main subject. The description states:

Nashville’s Parthenon in Centennial Park is the only full sized replica of the world famous Parthenon of the Acropolis in Athens, Greece. This masterpiece of early Greek Architecture is 228′ in length, 101′ wide and 65′ high.

–While this card was not used, it is one of a few bought at the same time, one of which was mailed and postmarked, indicating this image is from the 1970s.