Today begins a five day zoom into Salt Lake City and the Mormon church headquarters there. First is an aerial overview of the city core, with the three spired temple and the domed Tabernacle clearly visible in the lower center. 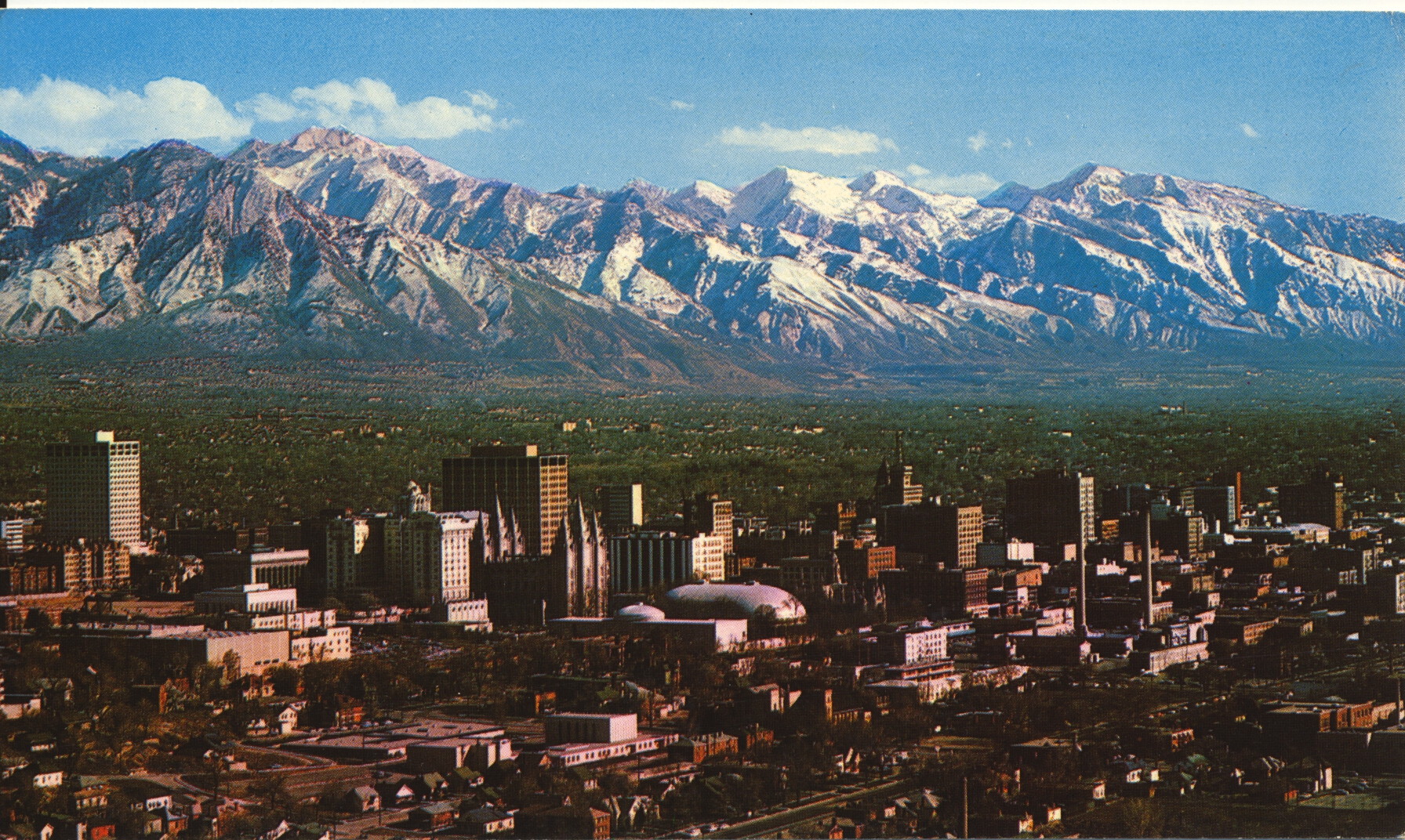 This card was trimmed at the bottom to allow insertion into an album, so both the bottom of the image is missing as well as a line of description from the back, which states:

SALT LAKE CITY, UTAH. Nestled at the base of the snow-capped Wasatch Range, Salt Lake City is a thriving commercial and travel center. Here also are located the headquarters of the “Mormon” church as well as its famous Temple Square.

Even though the publisher of this card series uses the obsolete zone code in their address, shown above, another card in this series dates this photo as from the mid-1960s.