This is an unusual subject for a postcard. It is an aerial photo of the local hospital in Spirit Lake, IA. It is in my possession because it was the hospital where my great-uncle C A Jacokes was taken after his severe stroke. The blue arrow on the building roof was added by his sister who indicated the room he was staying in at the time. The facility is now part of Lakes Regional Healthcare. 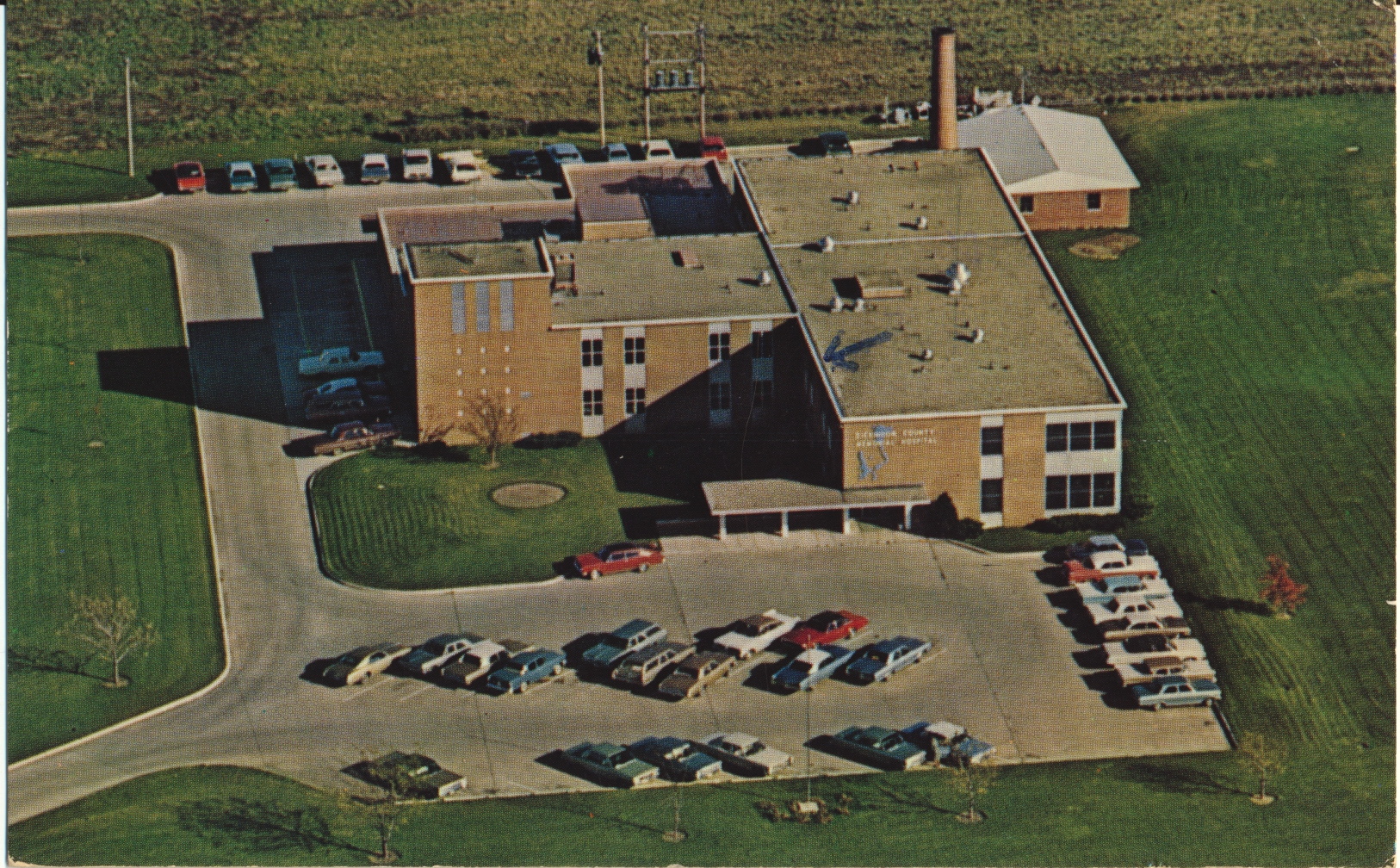 My uncle had just retired from his position as professor of Mathematics at North Park College in Chigago, and went to Iowa to visit a friend’s family when the stroke felled him. He lost total control of the right side of his body, and though he was quite assiduous about rehabilitation, he never regained meaningful control over the right arm or leg again, and was confined to a wheelchair for the rest of his life.

The description on the card states:

Made possible by the generosity of citizens and friends of Dickinson County, this hospital is one of the most ultra-modern in the Middle West. It is the only hospital in a wide area equipped with Nuclear Medicine and Deep X-Ray Departments and its excellence attracts surgeons and specialists of the highest calibre. It represents an investment of more than $1,100,000.00 and has a capacity of 50 beds and 12 bassinets. It was dedicated June 7 and opened to the public June 15, 1959, at SPIRIT LAKE, IOWA 51360. Phone: 712-336-1230