This is a colorized photo of the Hahatonka Castle building and grounds overlooking the Lake of the  Ozarks reservoir. It is now part of the larger state park in Missouri. 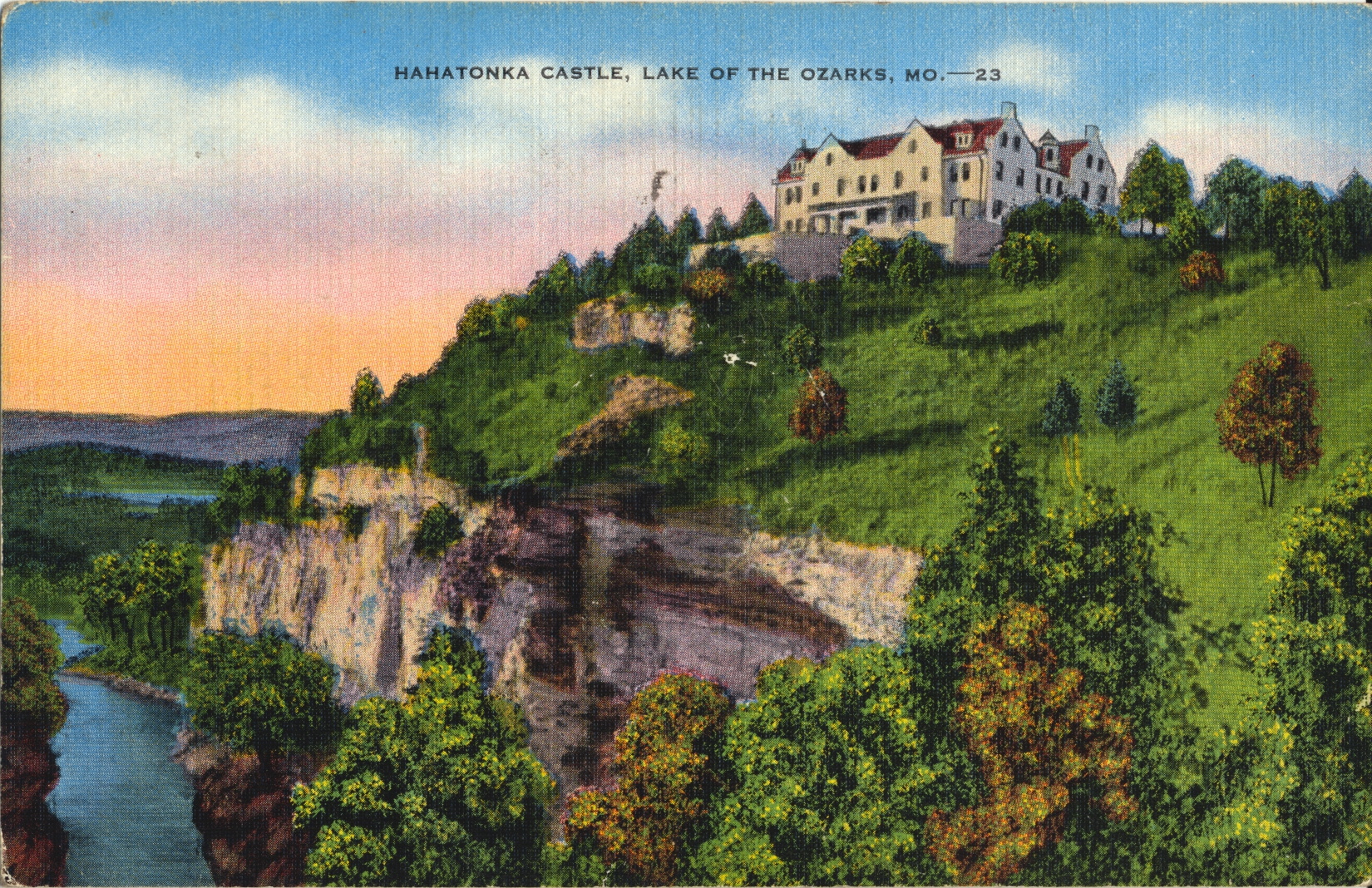 Rising majestically on the crest of a rocky cliff, this edifice is suggestive of a medieval castle on the Rhine. Built in 1905 on a 5,000 acre estate as a private residence by Robert Snyder, street railway magnate of Kansas City, Hahatonka is now an inn. It is constructed of native stone, has a patio-type interior with twenty massive rooms.

–Tragically, just a year after this postcard was mailed in July of 1941, the building was completely destroyed by fire. It is now in ruins, but has been partially restored since it’s purchase by the state of Missouri for the state park.

2 thoughts on “Hahatonka Castle, Lake of the Ozarks, MO”