Today presents a folio of the amazing gun collection of J.M. Davis, who spent a lifetime selecting and displaying the tens of thousands of items shown below. Most notable is the fact that there are no duplicates in the collection, which covers several centuries of gun making history.

The collection is shown here in it’s late 1940’s location, the Mason Hotel in Claremore, OK, which Davis purchased both for the hotel itself and as the display venue for his growing collection. At this time, the collection was more than 15,000 items. Over time the collection outgrew even the numerous rooms and corridors of the hotel, and a new building was constructed specifically to house the collection: the J.M. Davis Arms and Historical Museum. The hotel was later closed and has since been demolished. 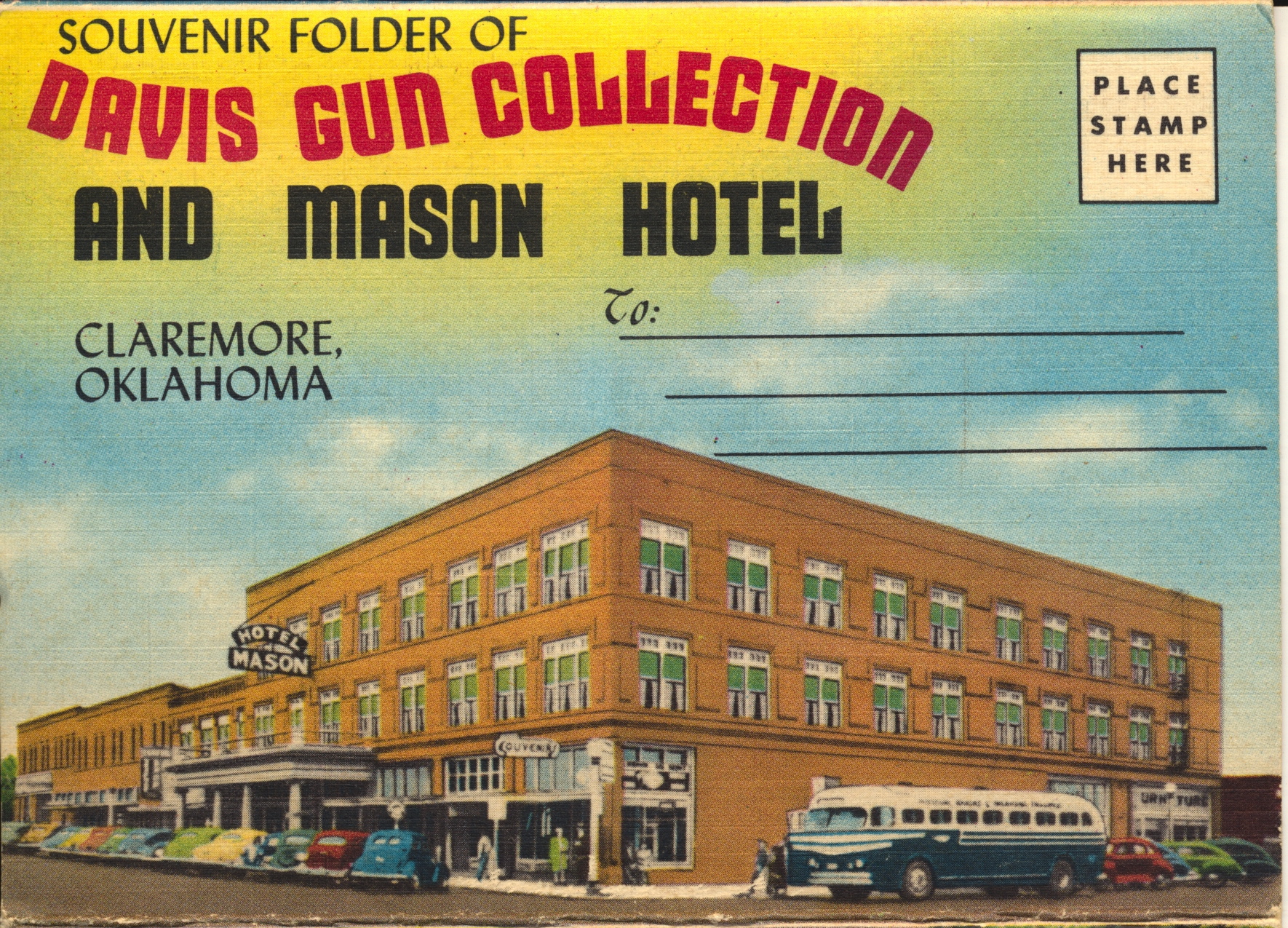 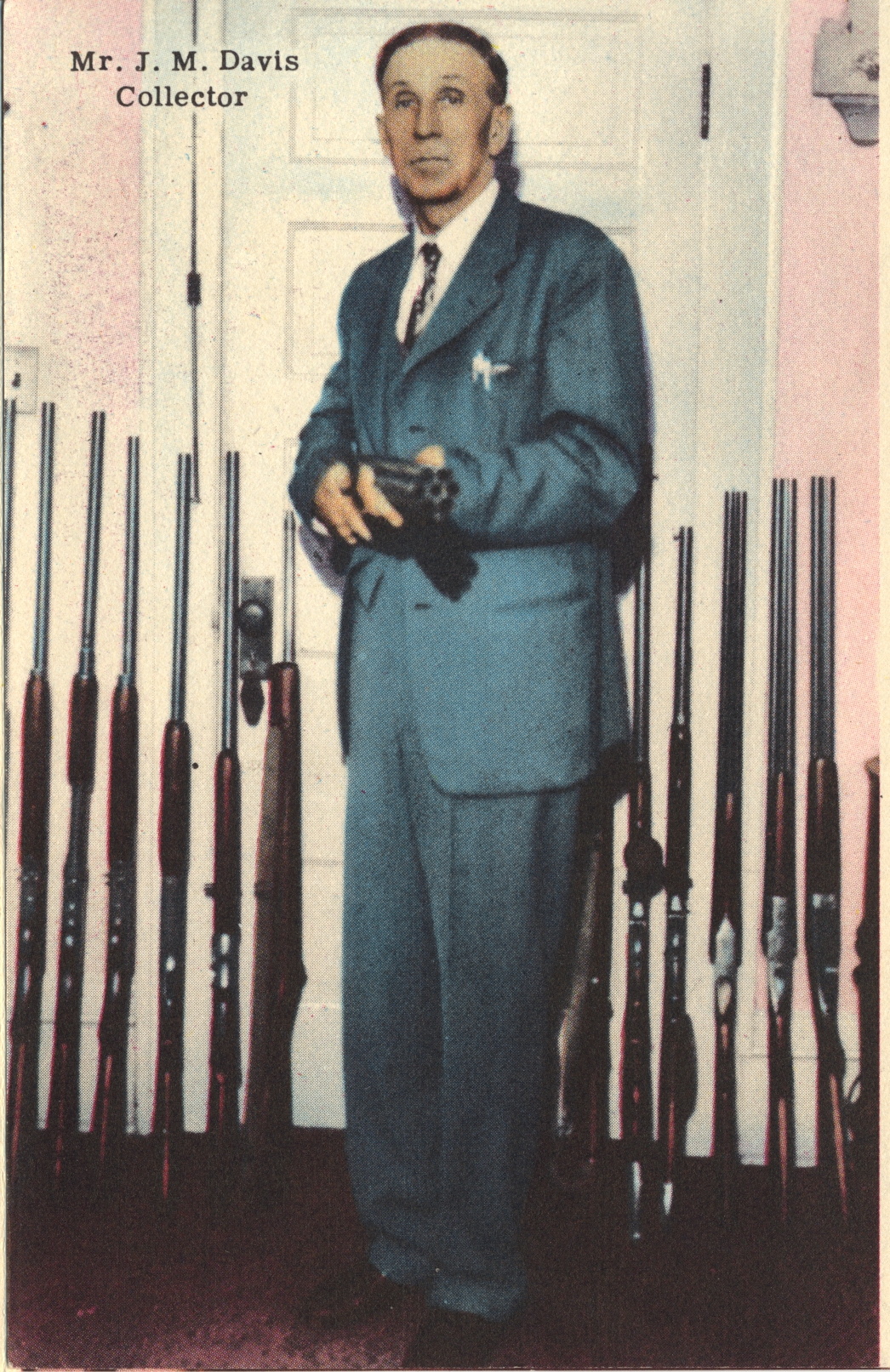 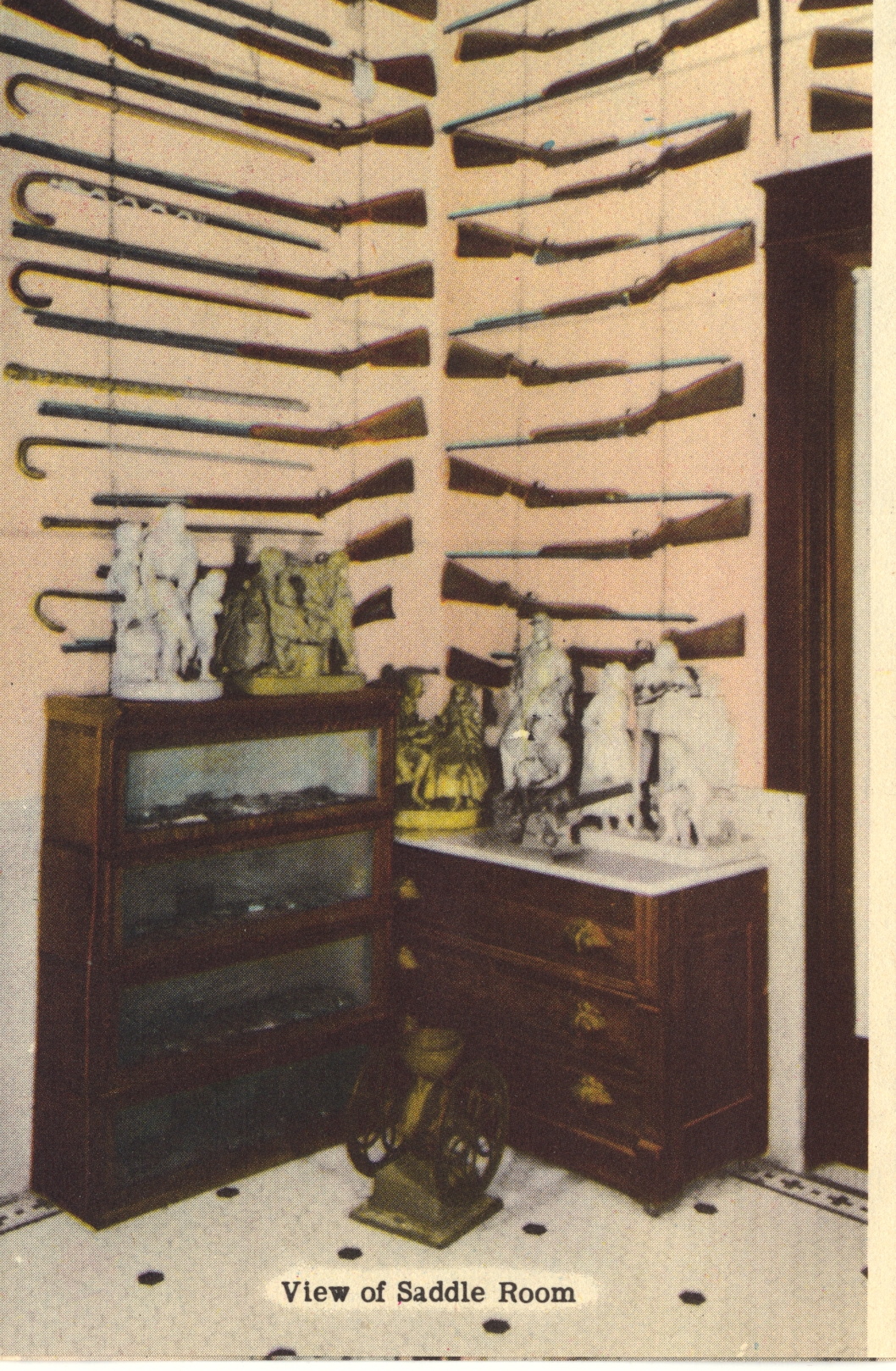 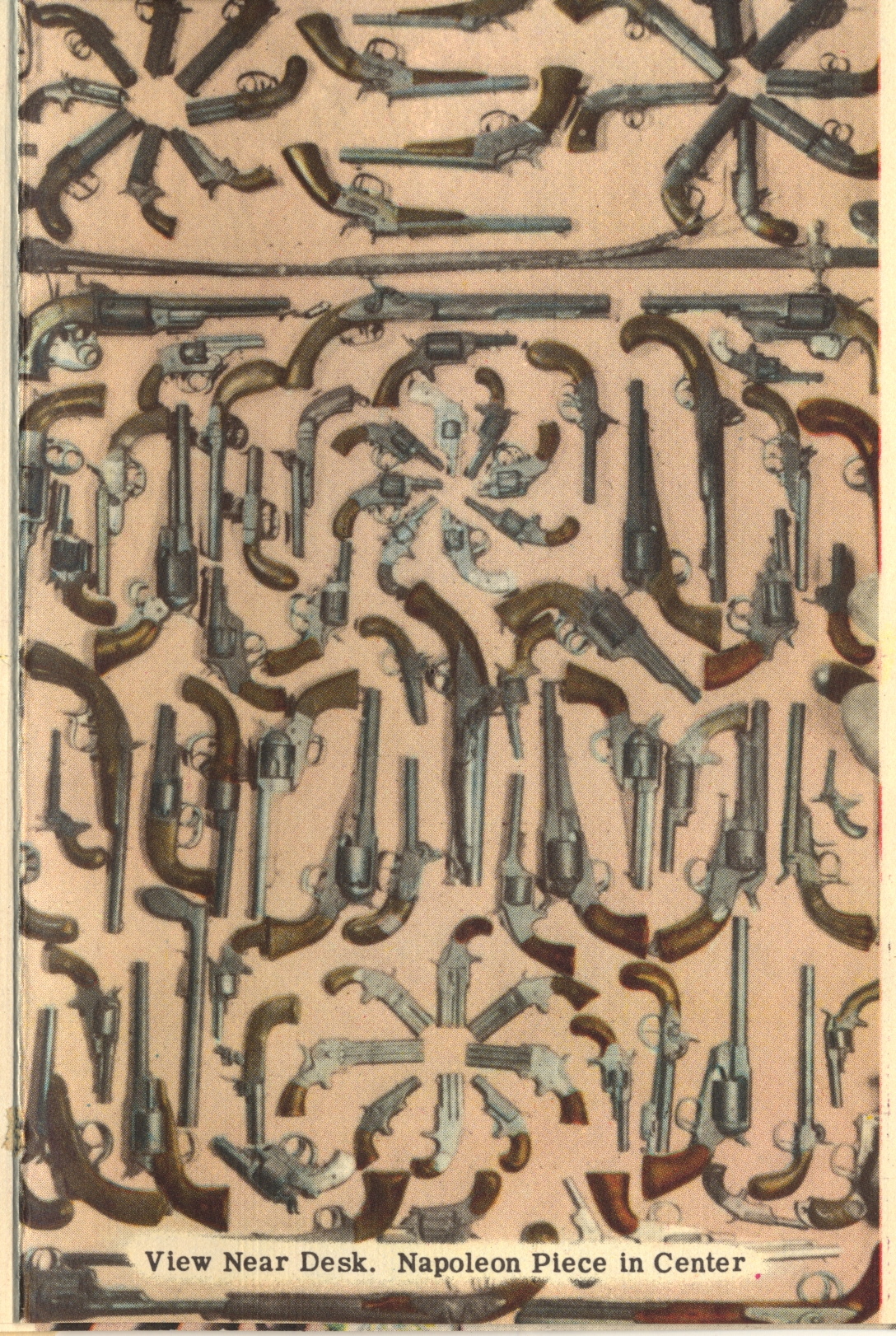 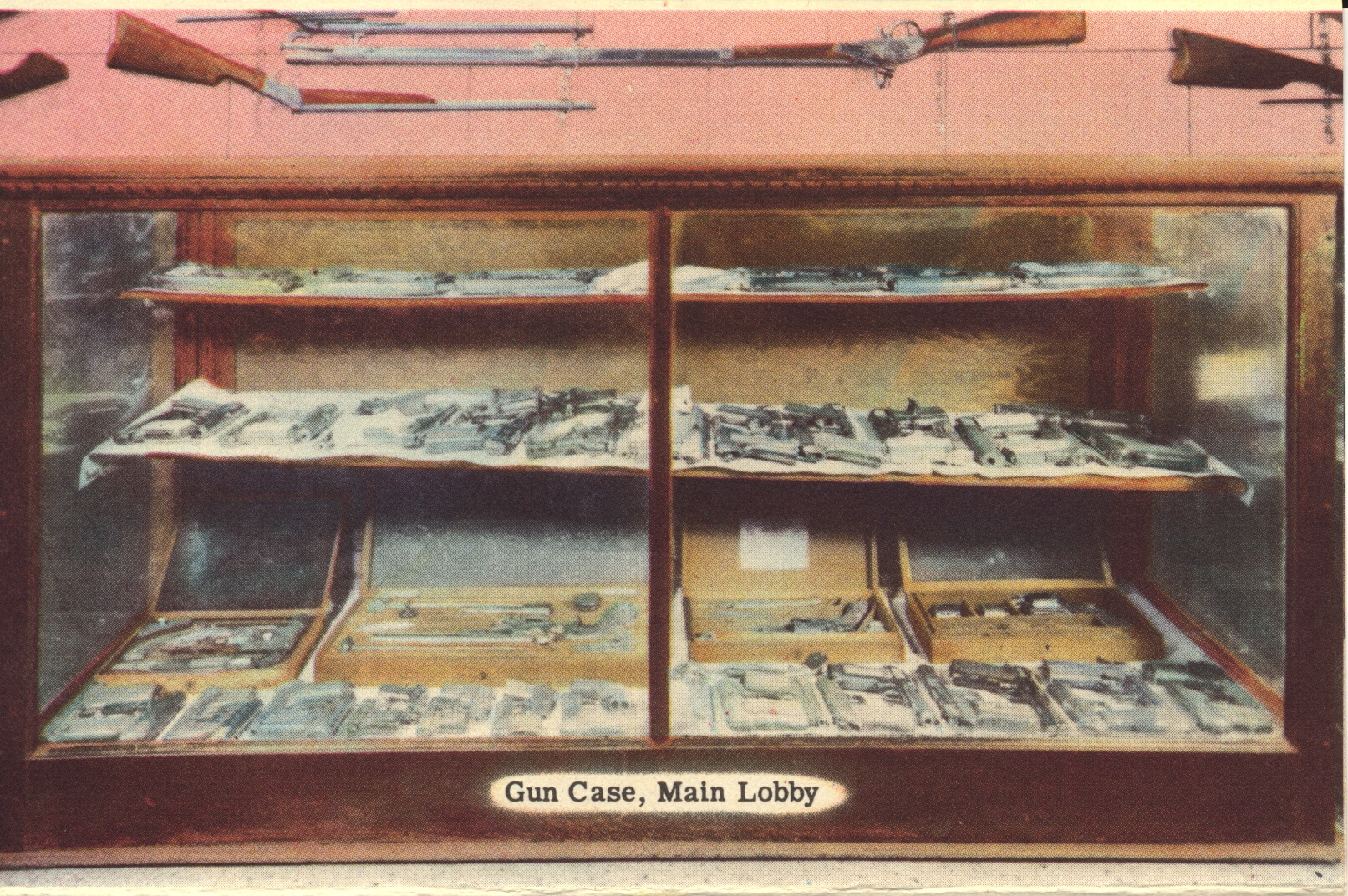 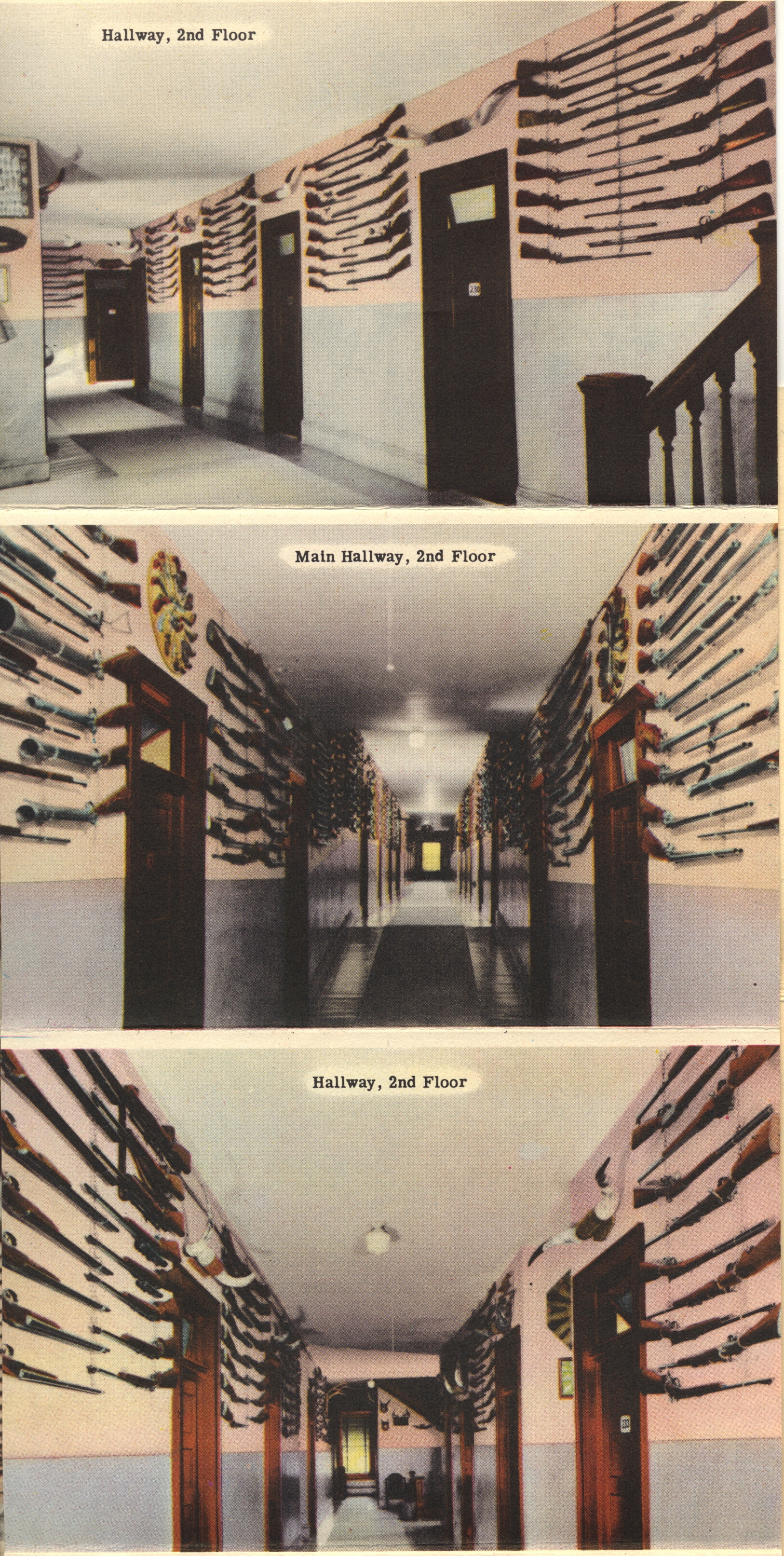 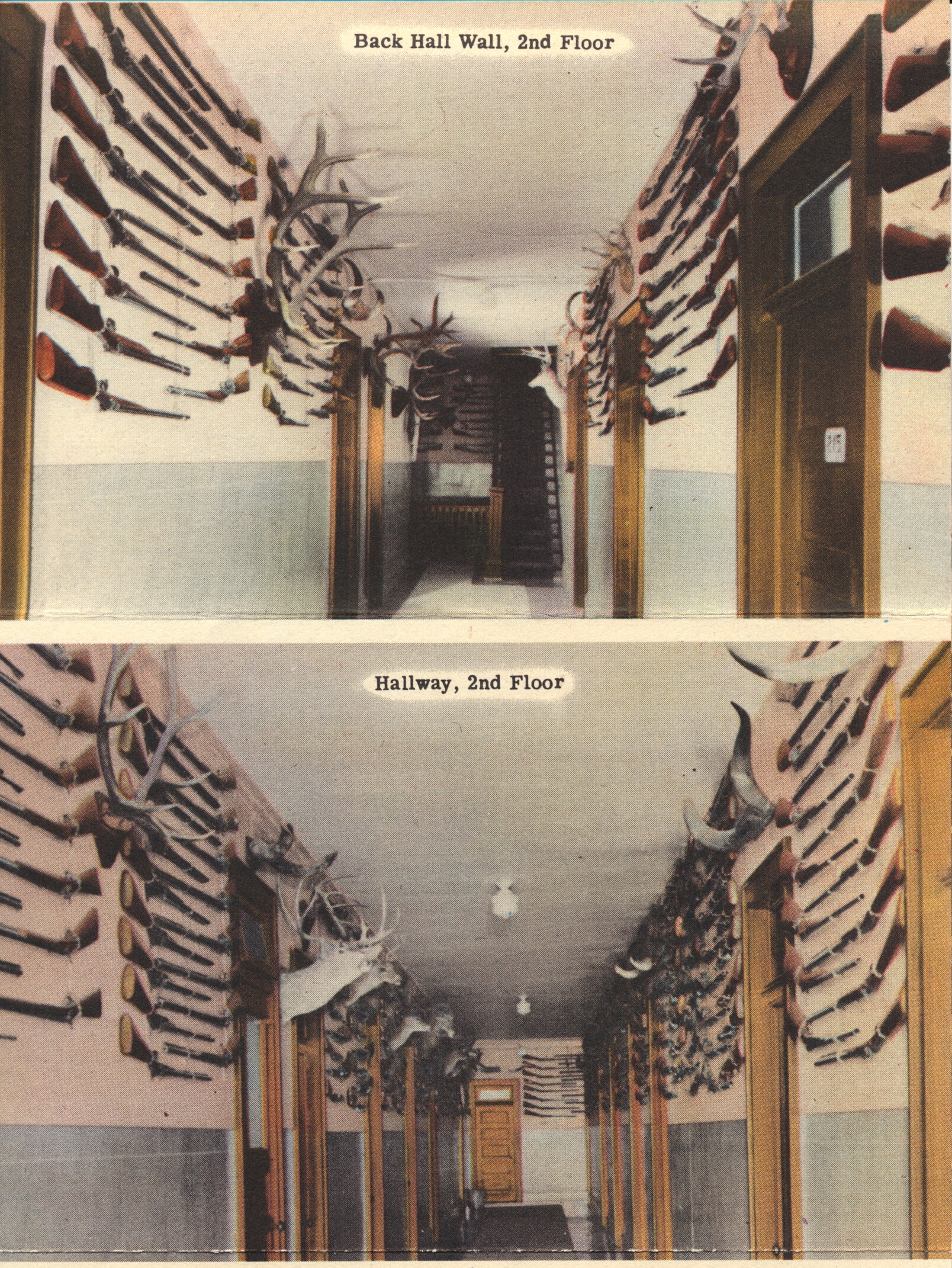 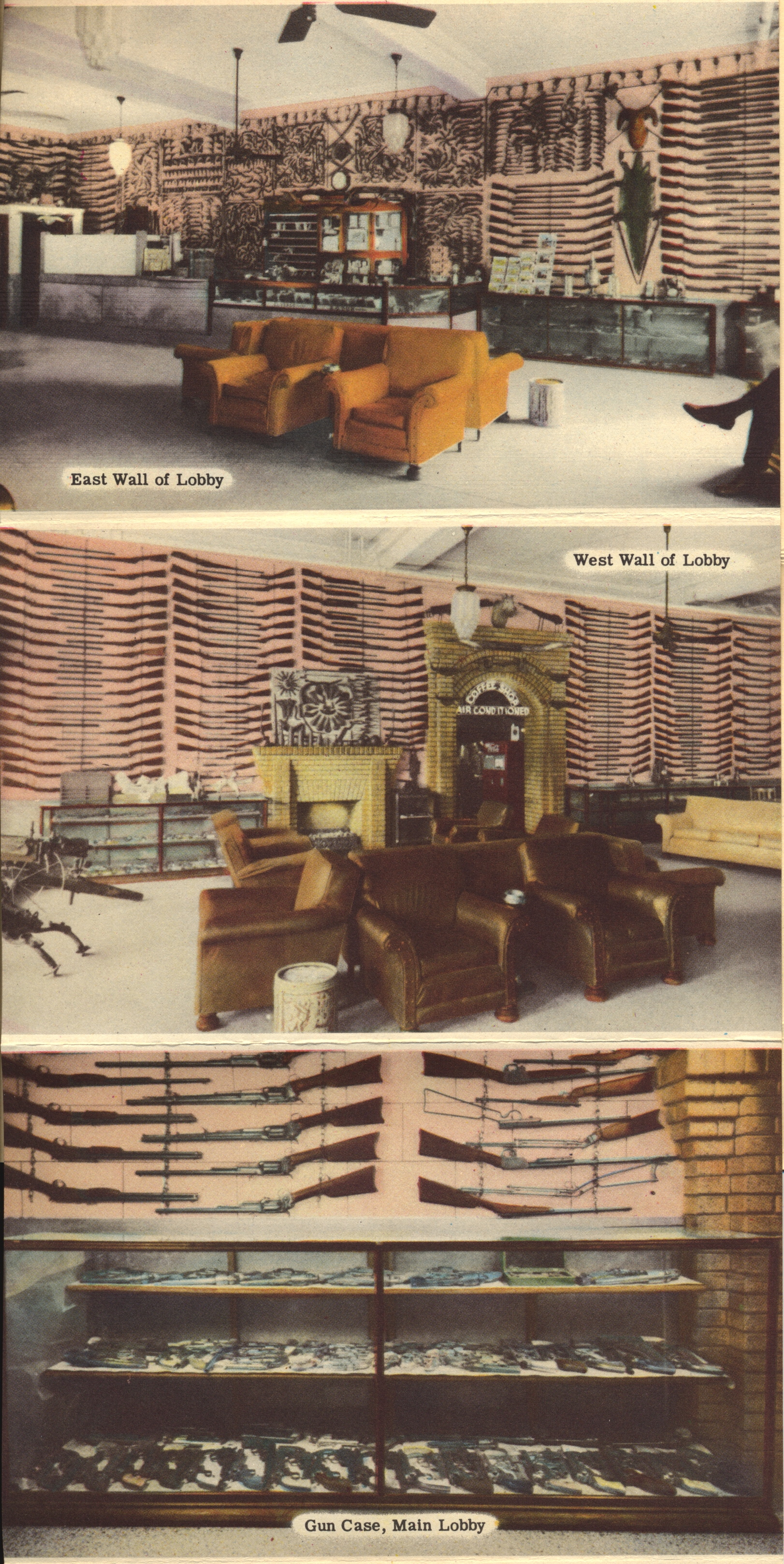 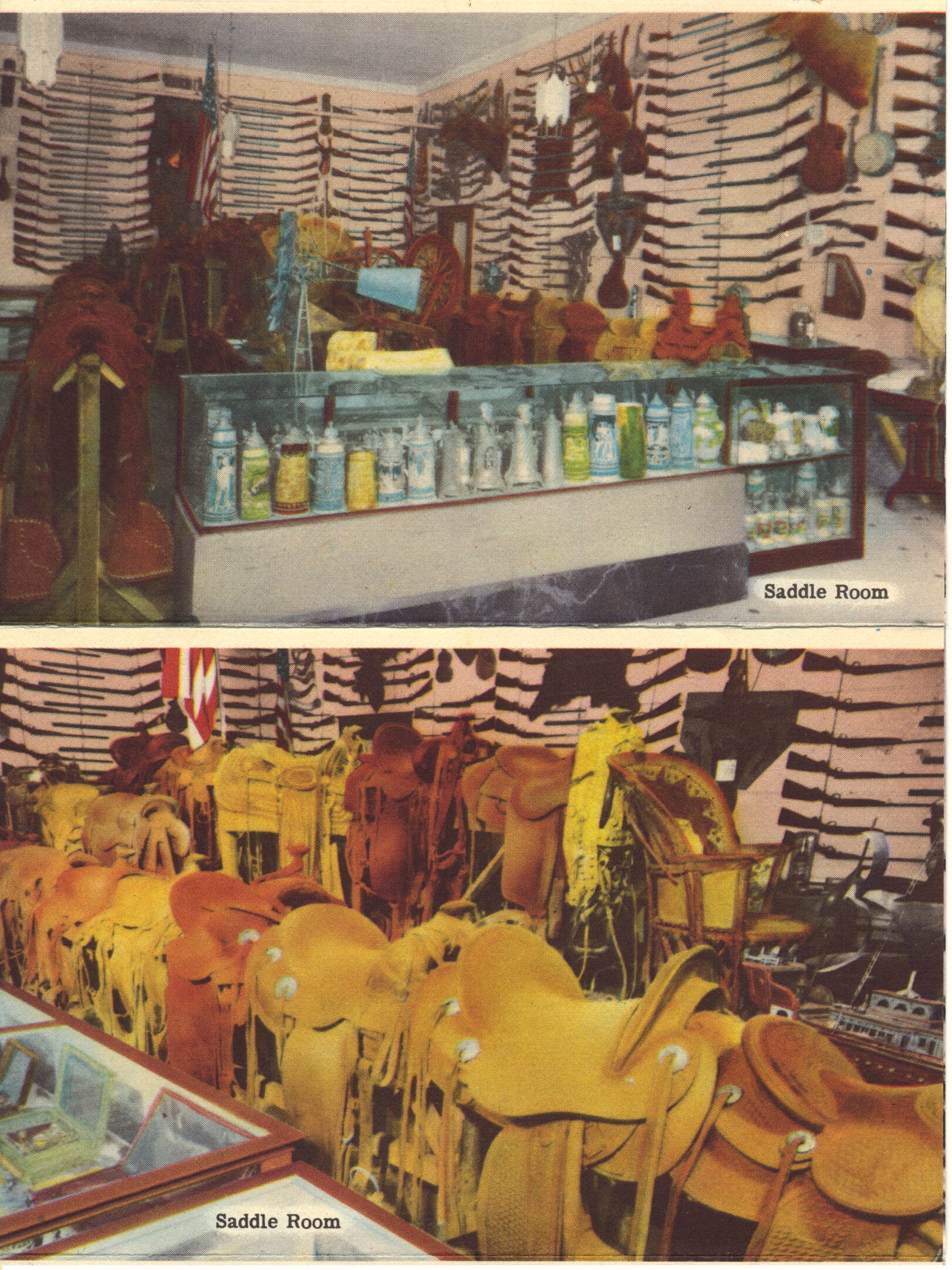 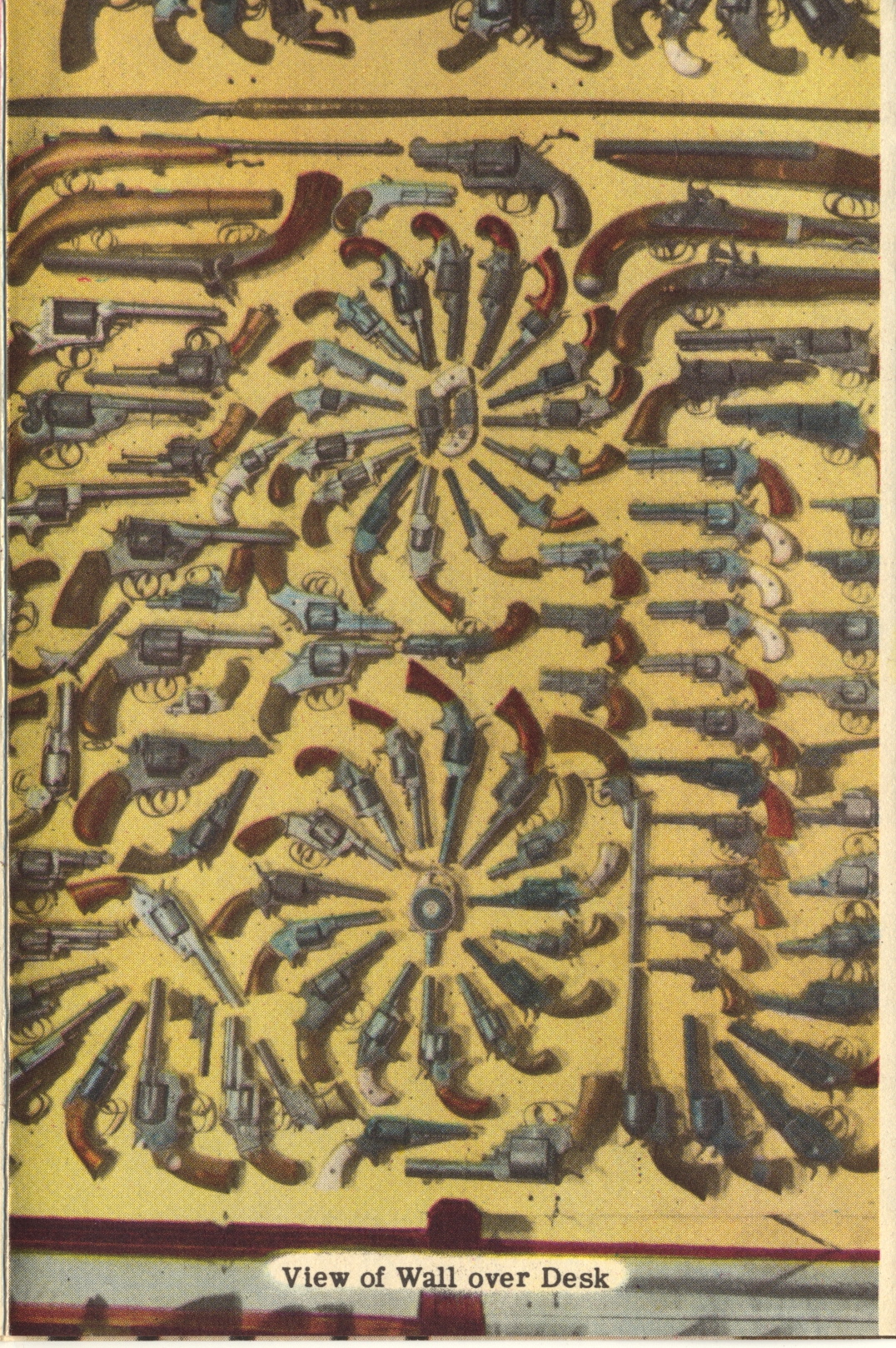 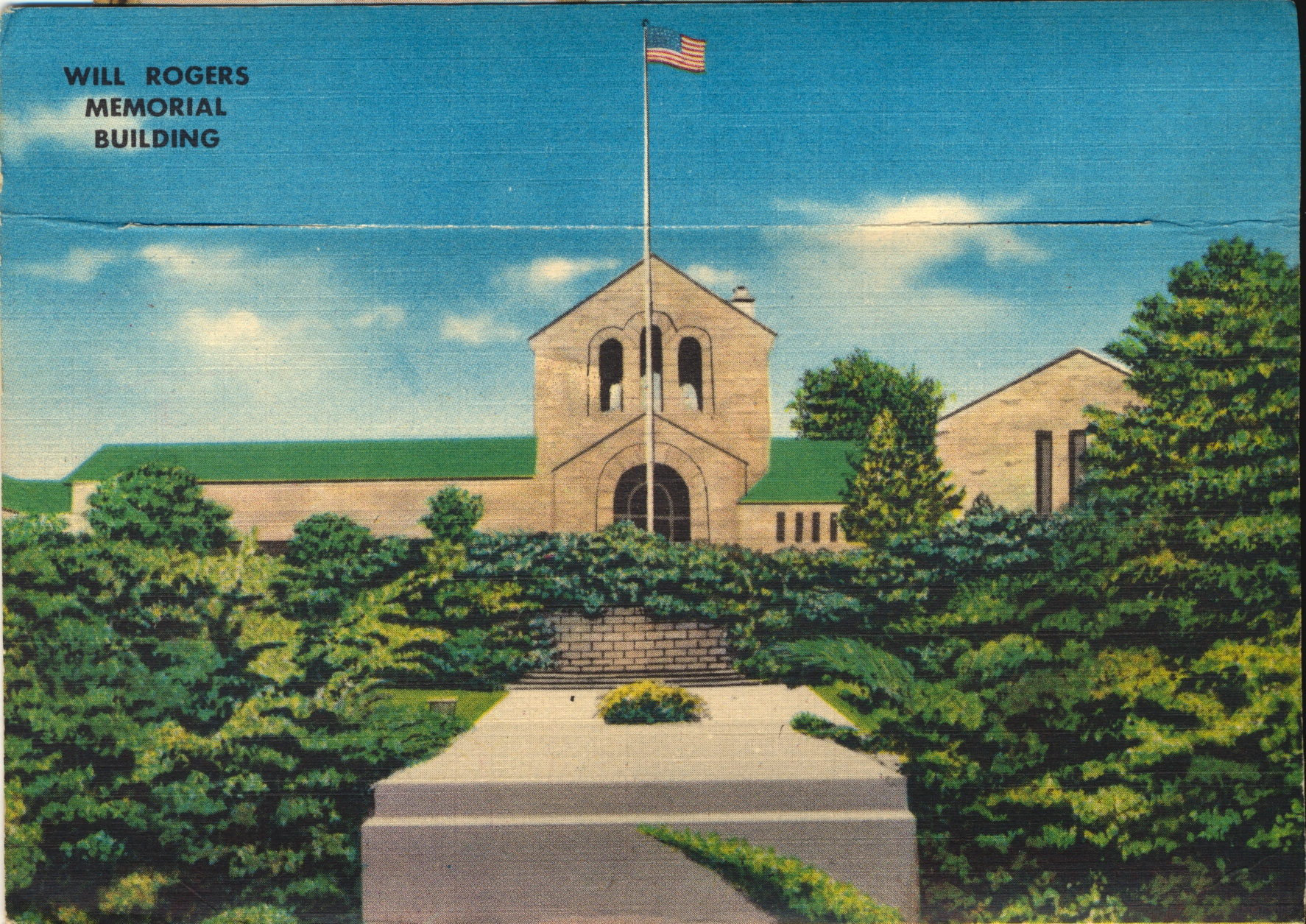 The last image (from the back of the folio) is of the nearby memorial to Will Rogers, the actor, humorist, journalist and aviator of the early part of the century who was born and lived nearby.

These colorized photos date from the late 1940’s.