This postcard depicts the antebellum church of Midway, GA. It is a Congregational Church building reconstructed in 1792 after the original structure was destroyed by British soldiers during the American Revolutionary War. 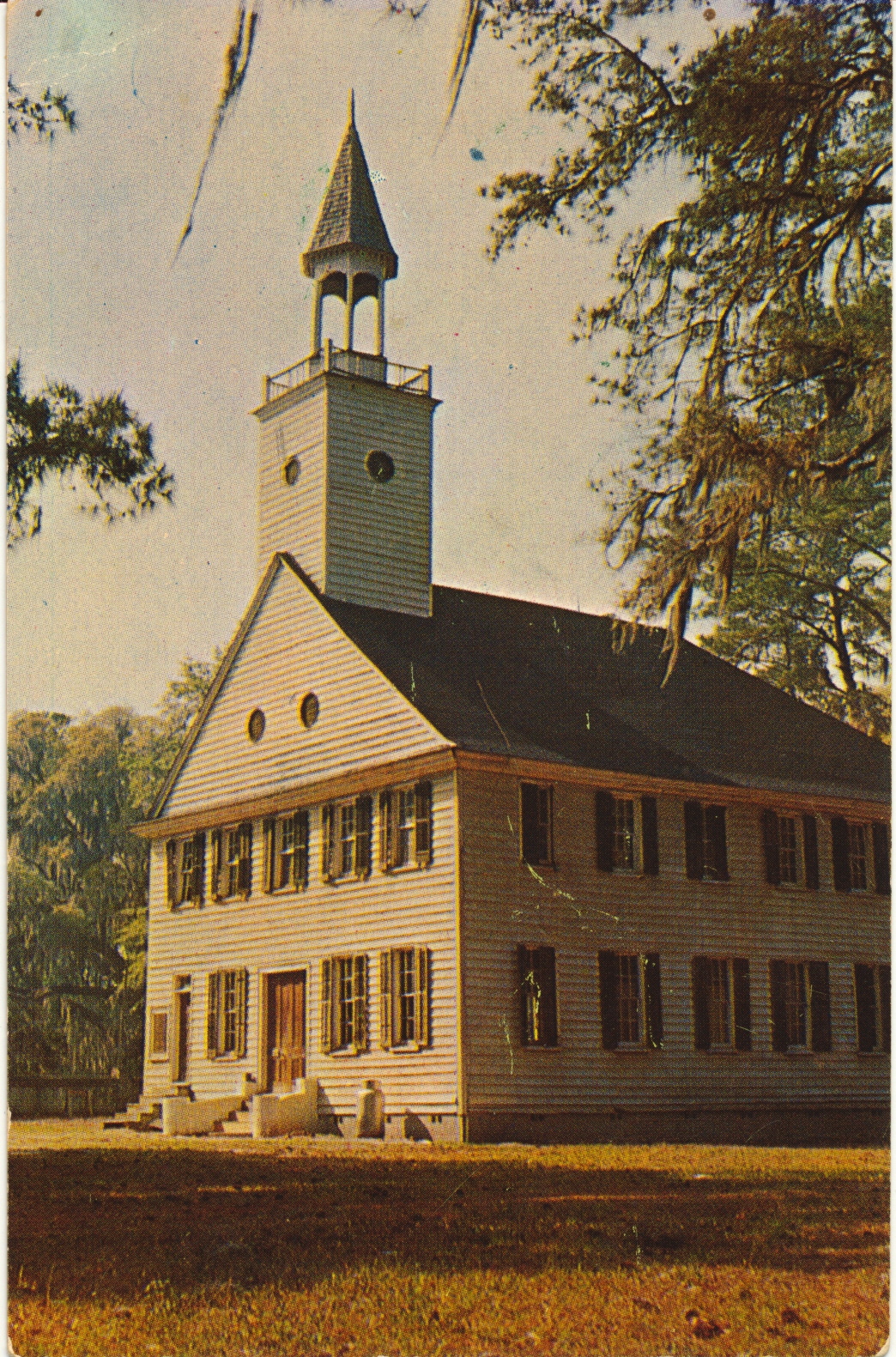 One of the oldest settlements in Georgia, famous for its old church of simple architecture containing a large slave gallery, high pulpit and plain pews. Across the highway is the graveyard shadowed by magnificent oaks.

— The postcard most likely dates from the late 1950’s, since this was the only time my family was living or visiting in Georgia. My father was stationed as a soldier at Fort Stewart near Savannah, and Midway is a few miles SSW of the city.