This 59 cent folio of postcard photos depicts the construction of the Mackinac Bridge across the straits of the same name in the mid-1950s. It was opened to traffic on 1 November 1957. 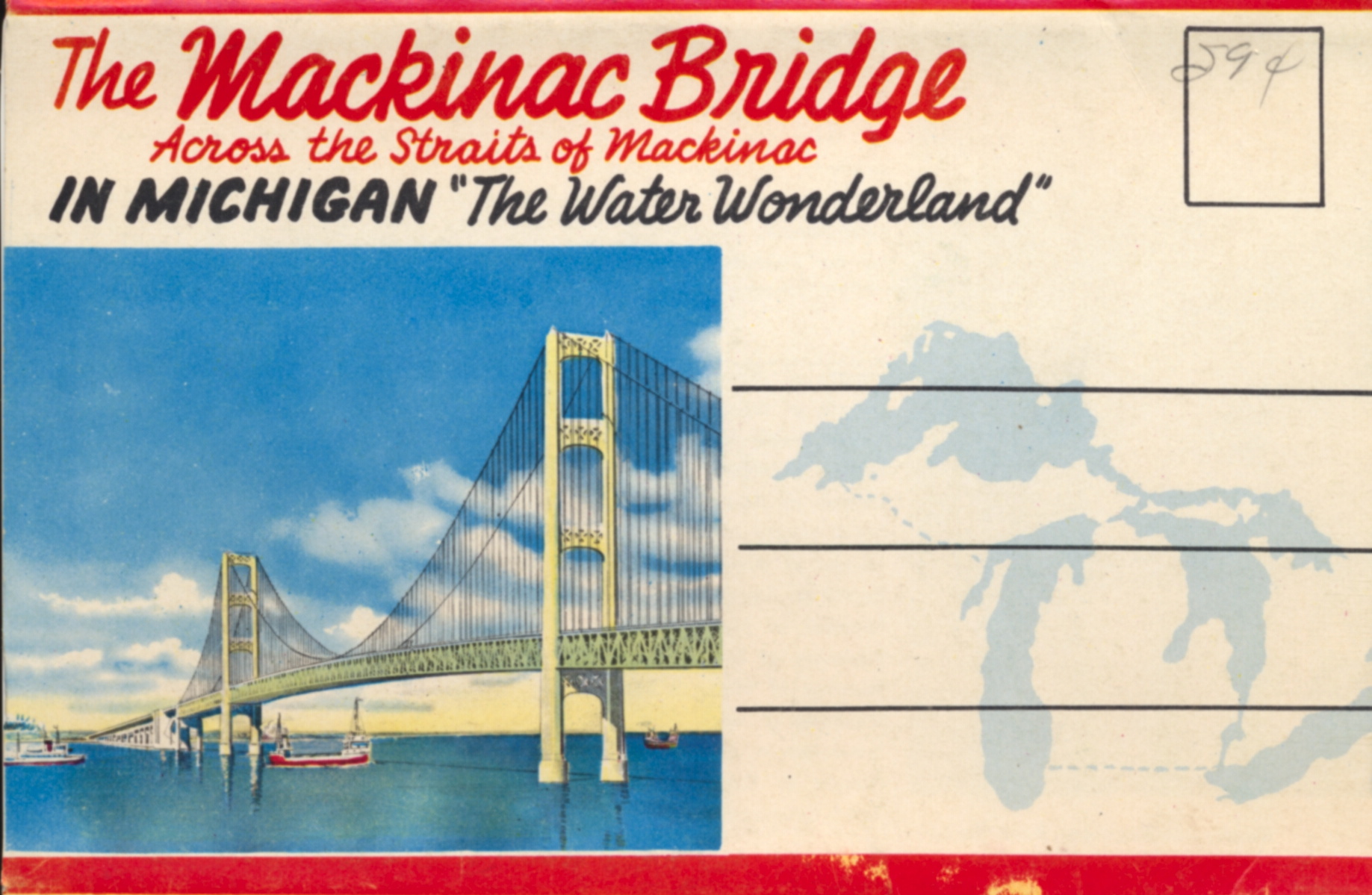 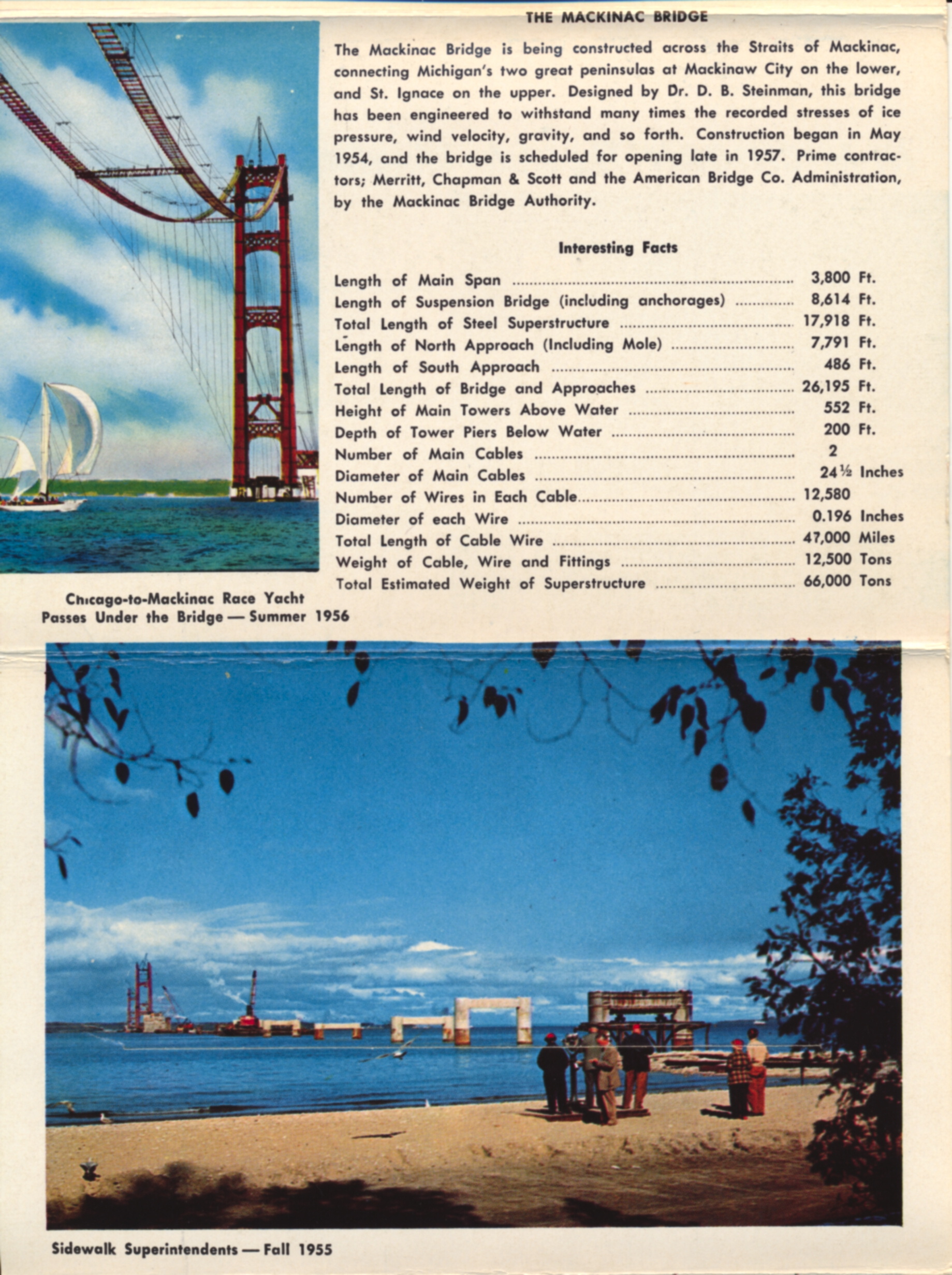 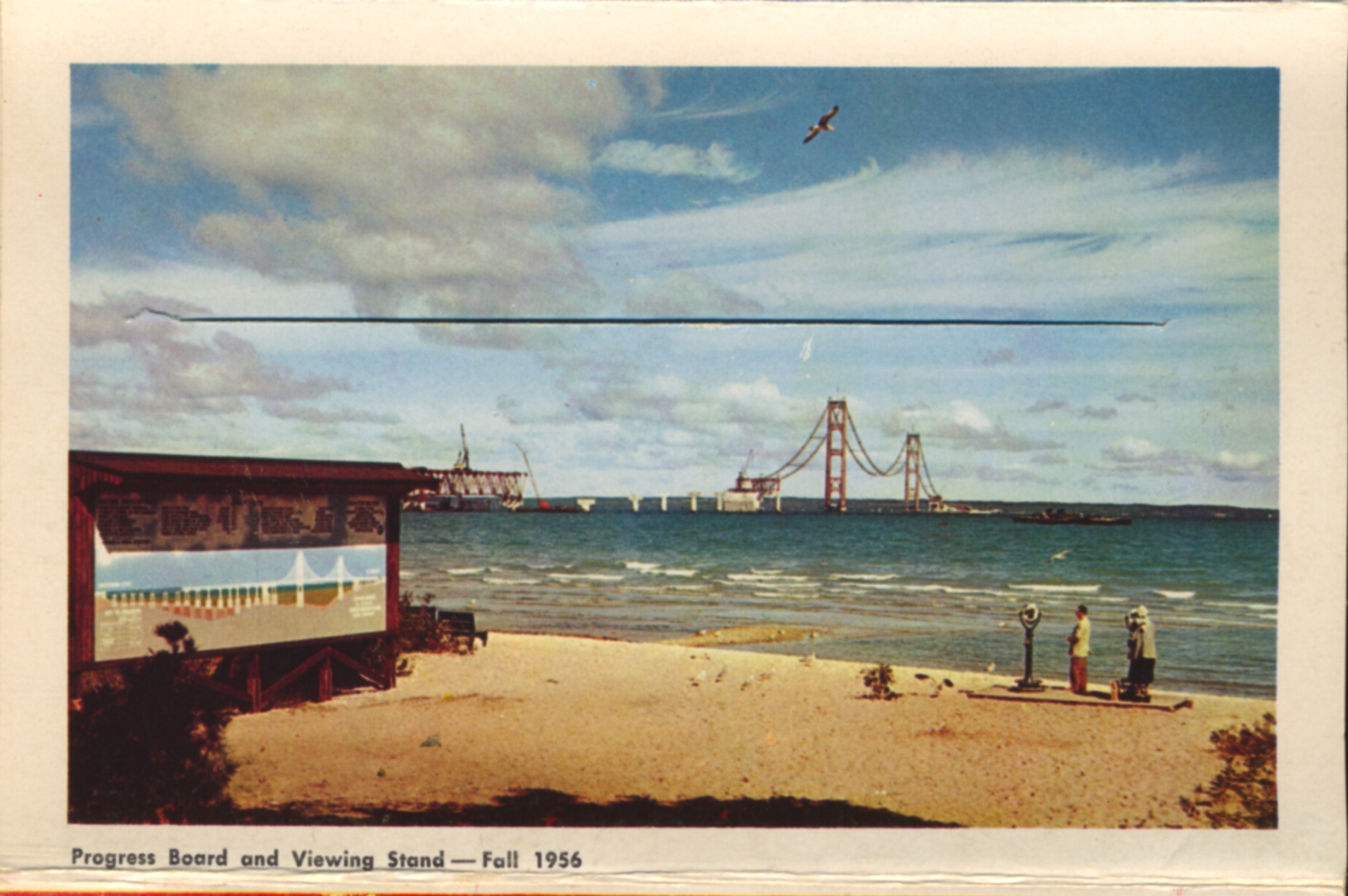 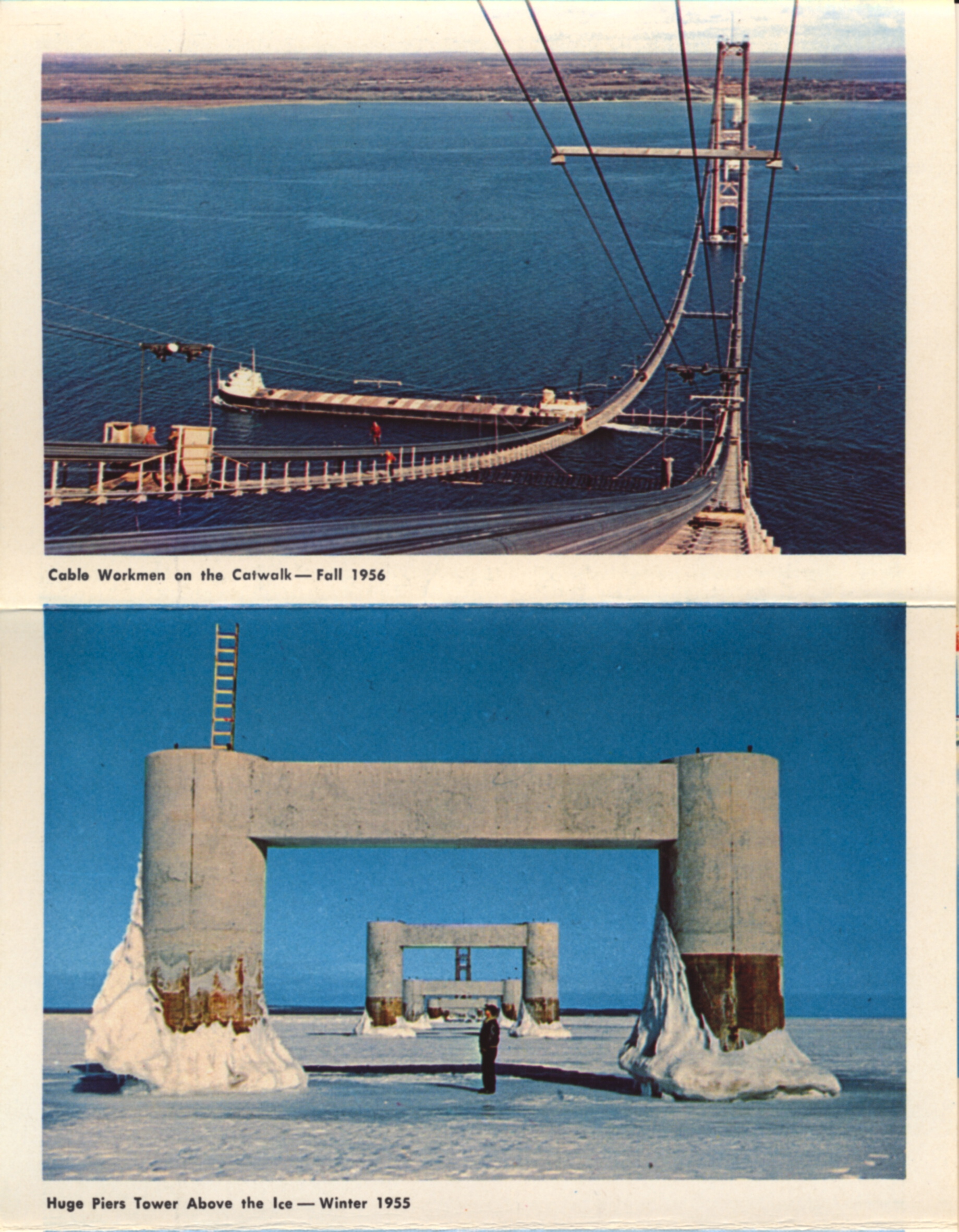 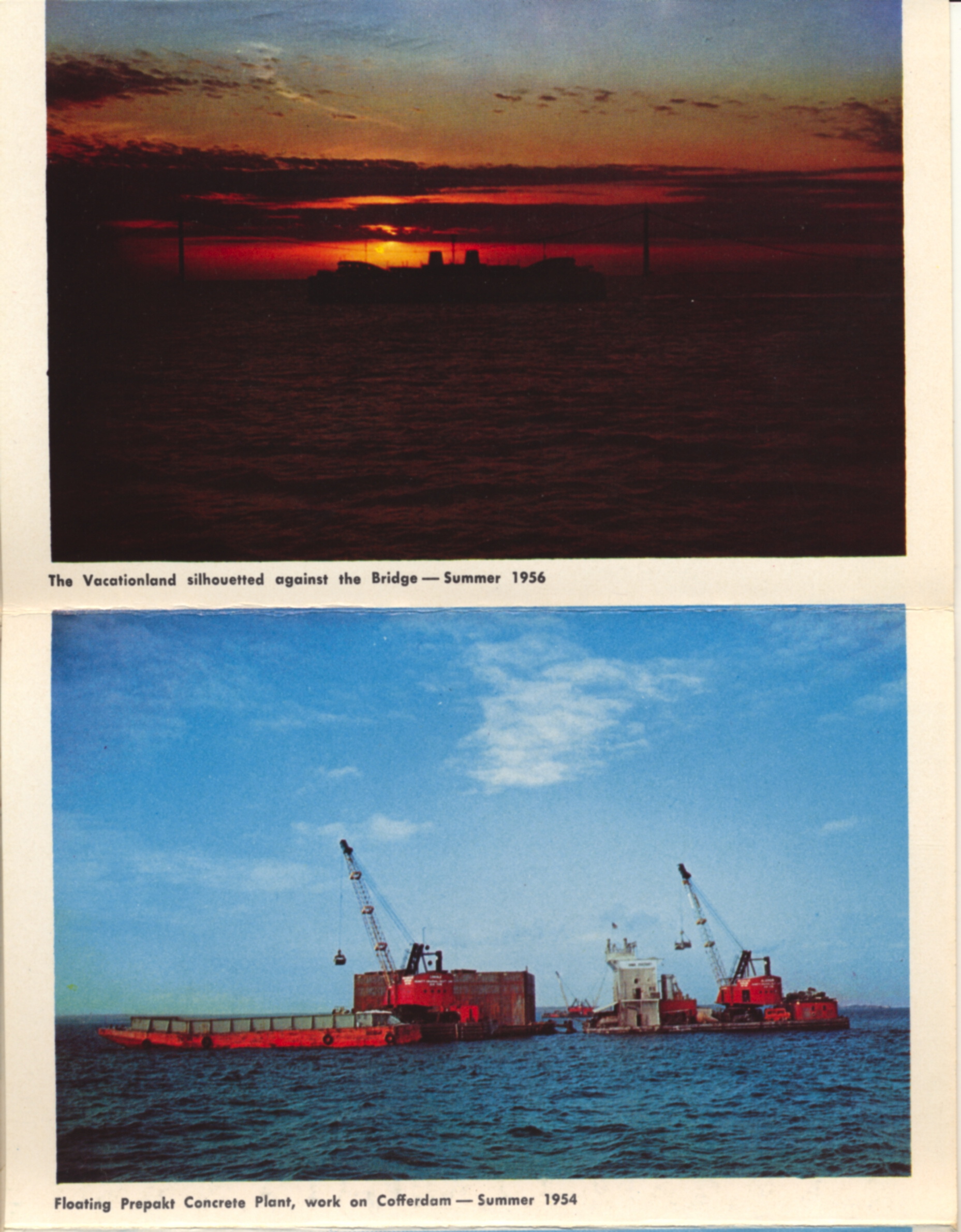 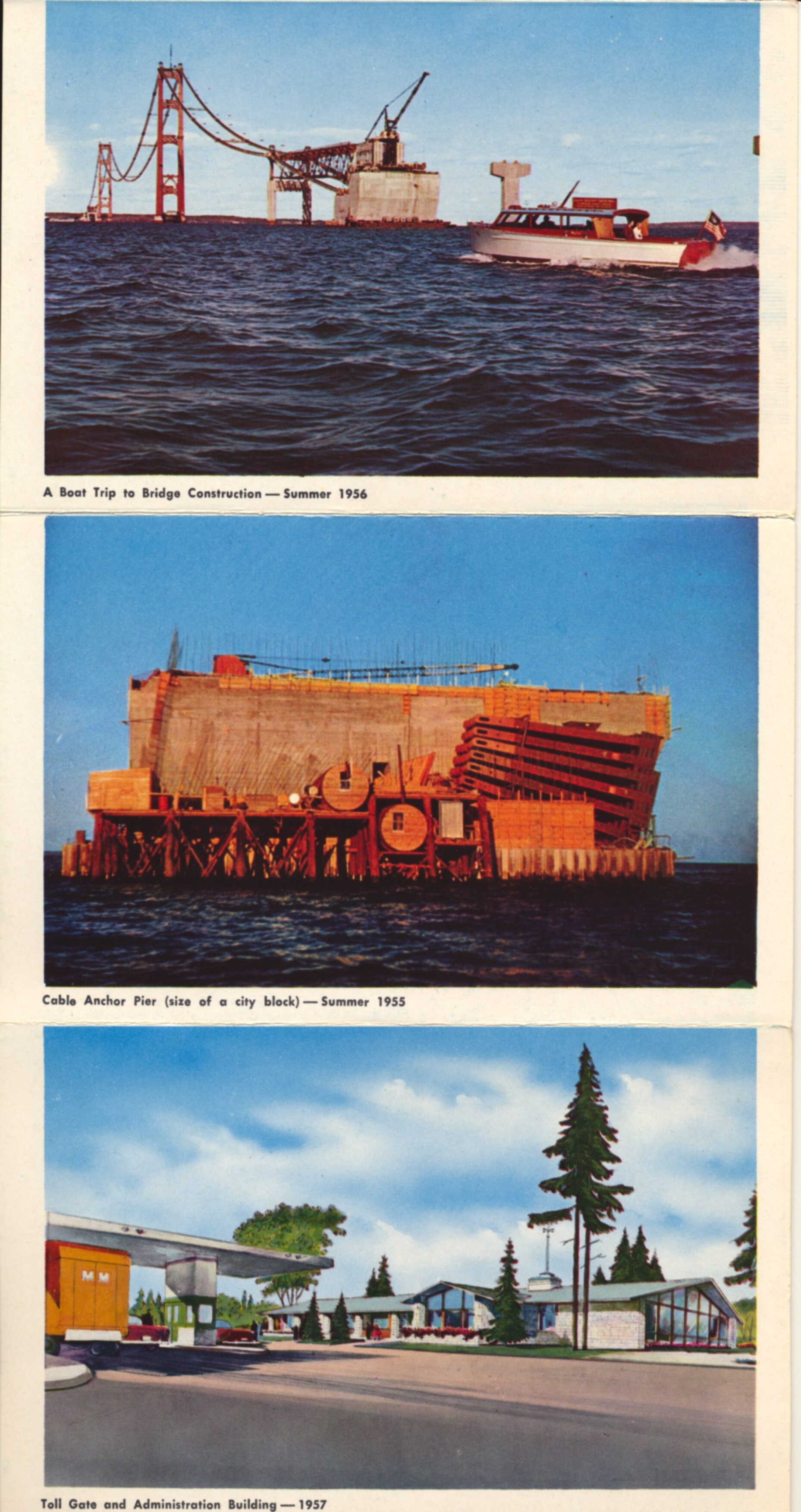 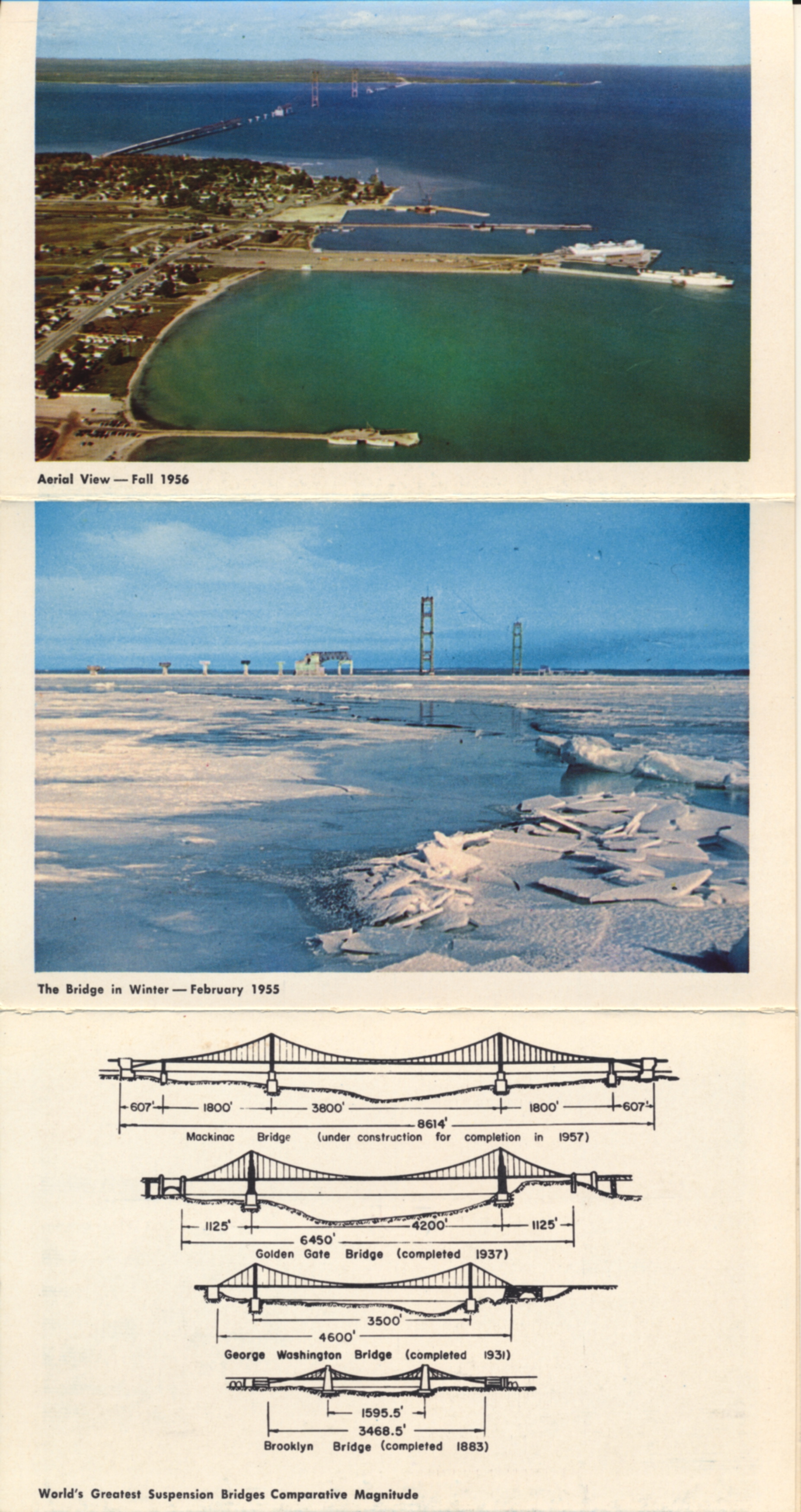 This folio was produced before the completion of the bridge in 1957, as evidenced by the absence of photos of the opening or vehicles on the bridge. Also, the Toll Gate and Administration building card is an artist’s rendition and not a photograph, since the structures were not complete either by the publication of this collection.

There is an ongoing controversy about the ‘longest bridge’, which is hinted at in the last illustration above. Some have championed the Bay Bridge spanning the distance between San Francisco and Oakland, CA. However, this is a multi-span bridge that ‘island hops’ along the way. The illustration above compares only single-span suspension bridges, but even in this comparison there is room for dispute. While the Big Mac, as it has come to be called, is longer from pier to pier, the Golden Gate is longer between towers. Both have since been surpassed on this measure by the Verrazano Narrows Bridge.