This is a promotional postcard for the High Life Motel, Inc. It would appear there are not a lot of rooms or that the entire structure is not shown in this photo, since there are only two entry doors, two parked cars and the elevated center section, which presumably houses the office.

The motel was located in the northern central area of the Lower Peninsula of Michigan, near the town of Indian River. 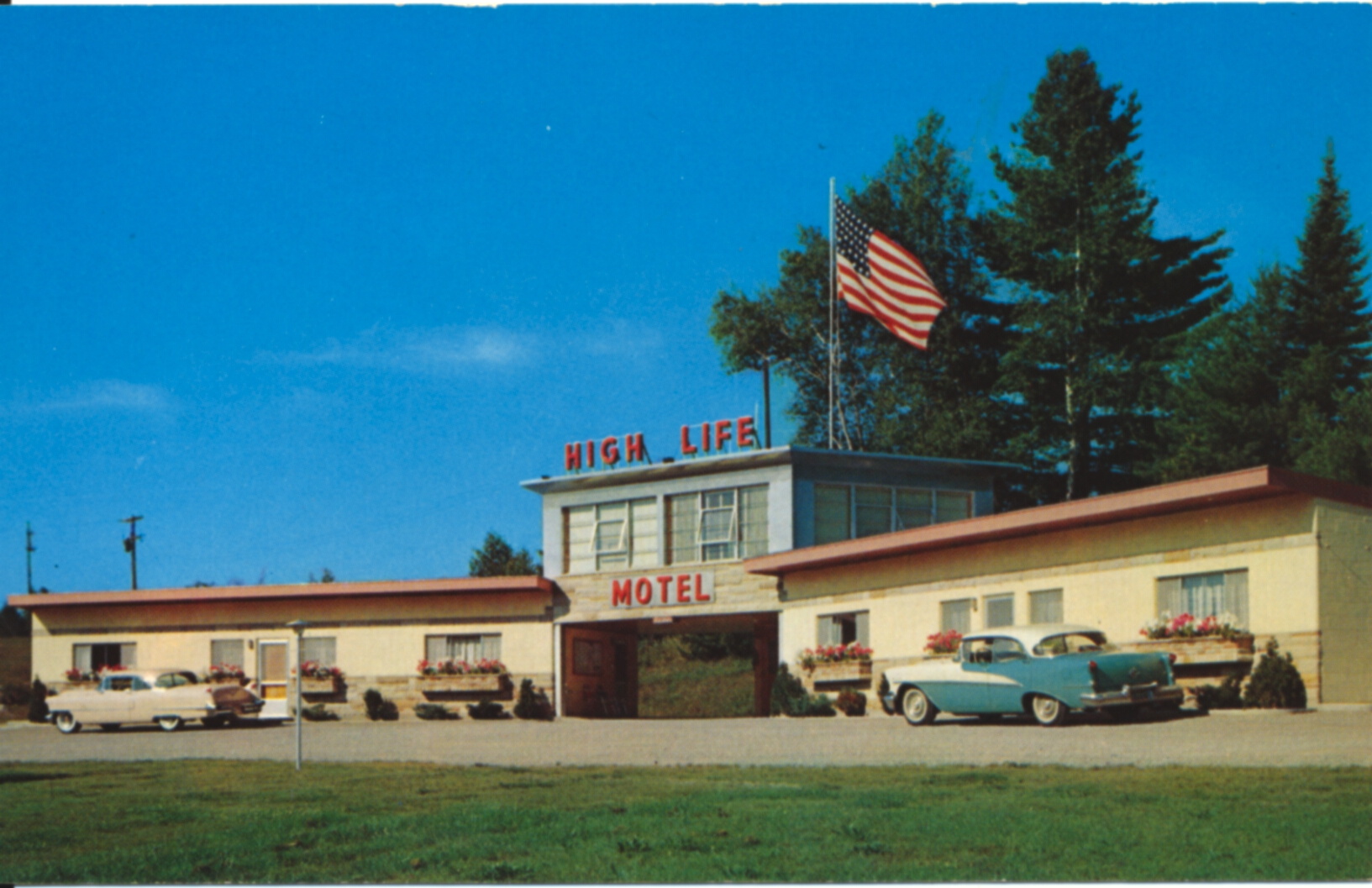 The description on the back reads:

The card is dated 1956, which is confirmed by the cars in the photo. US 27 has largely been abandoned or absorbed into state highways in the Michigan area.