Among the other pictorial souvenirs available were these business card sized ones, which were not meant to be mailed (being too small). They were usually given as promotional advertising reminders or as small collectibles.

First is a business card from a boarding house in Watkins Glen, NY. 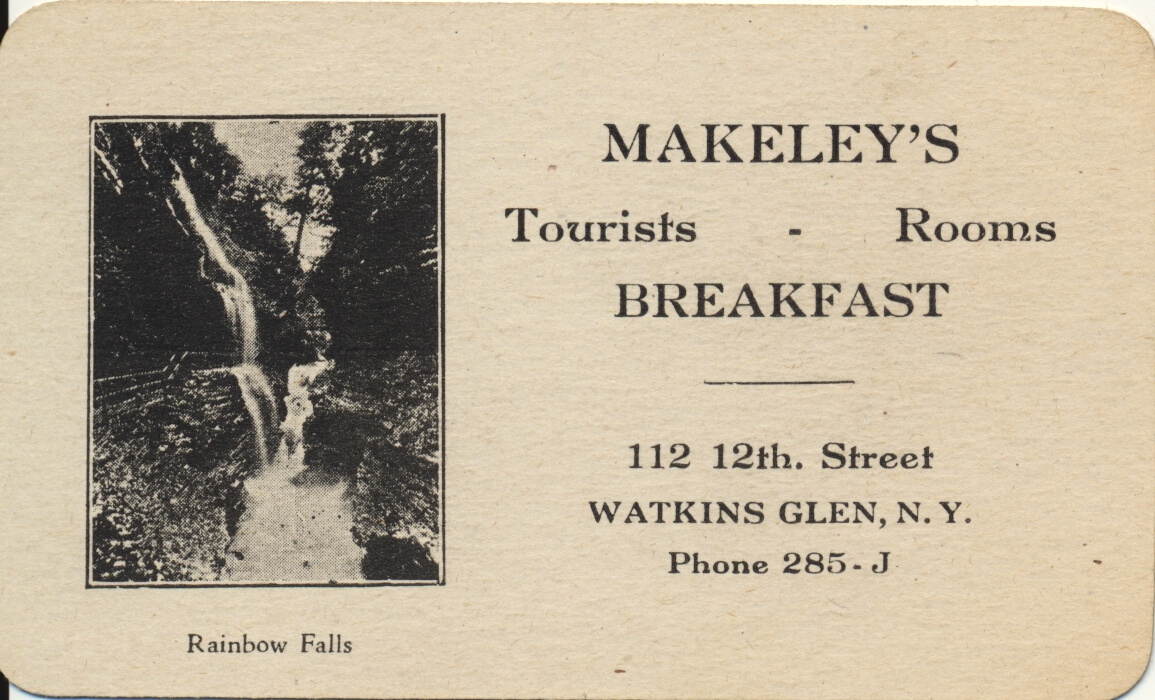 The card appears to be from the 1940’s, since the phone number is a local branch office type which were widely replaced in the 1940s and 1950s. Also, an online search shows a multi-family structure at this address built in 1940, which would fit the type of business described.

Next is a two sided color photo business card from a motel in Willamsburg, VA. 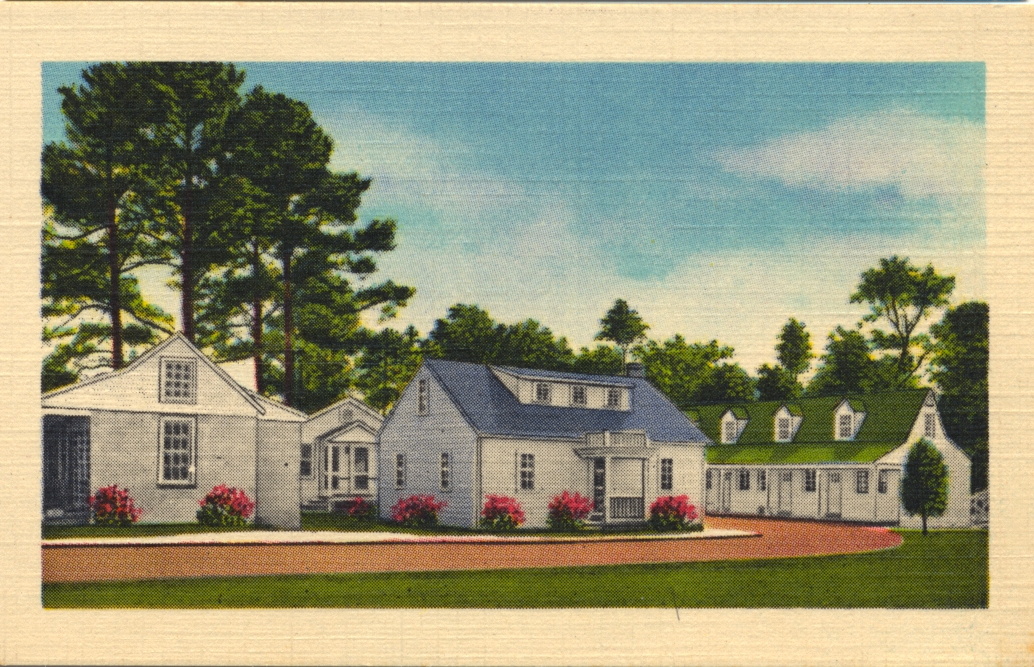 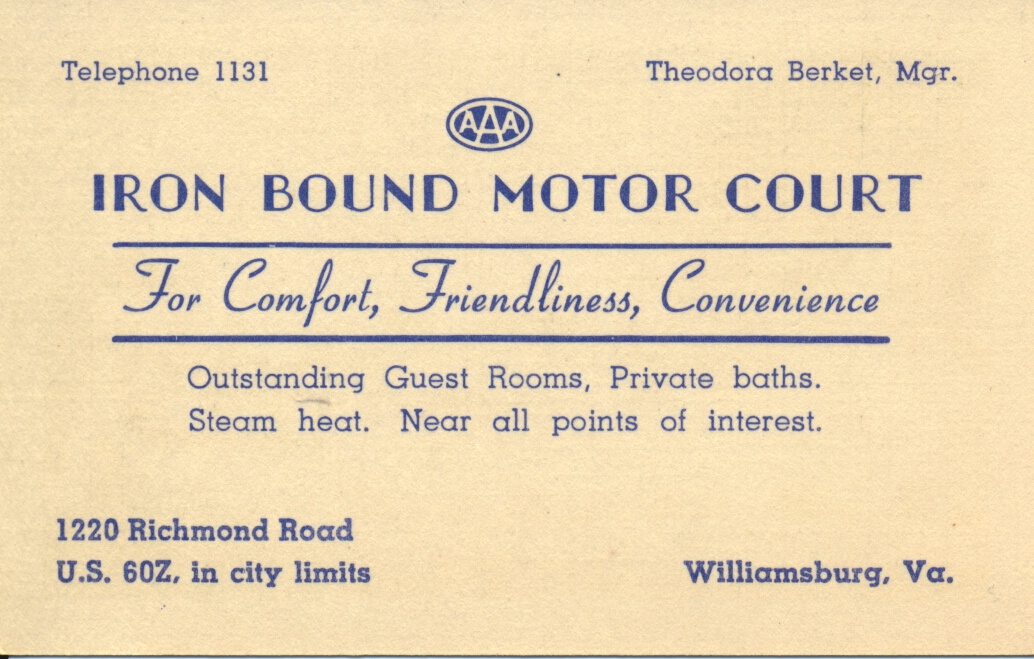 Again, this card is likely from the 1940s, as indicated from the obsolete four digit phone number. An online search (via Trulia) shows the buildings in the photograph still standing, but boarded up and blocked by a fence. More recent satellite imagery indicates the old buildings were torn down recently and replaced with a condo/apartment building on the site.

Next are three souvenir photo cards from the Mark Twain birthplace in Hannibal, MO. They have descriptions on the back transcribed after each photo. 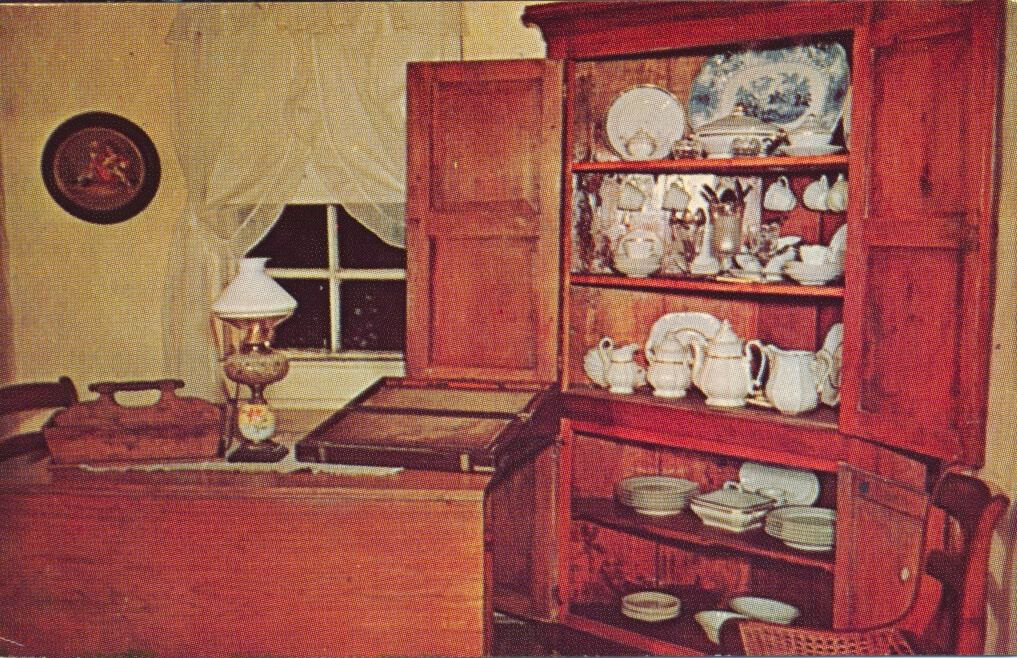 The Dining Room in Mark Twain’s Boyhood Home, Hannibal, Missouri. On the table is Mark Twain’s own lap writing desk, and a knife-and-fork basket. In the “Adventures of Tom Sawyer” Peter the Cat jumped out the window of this room, squalling and breathing fire, after Tom gave him a dose of Pain-killer, a patent medicine. 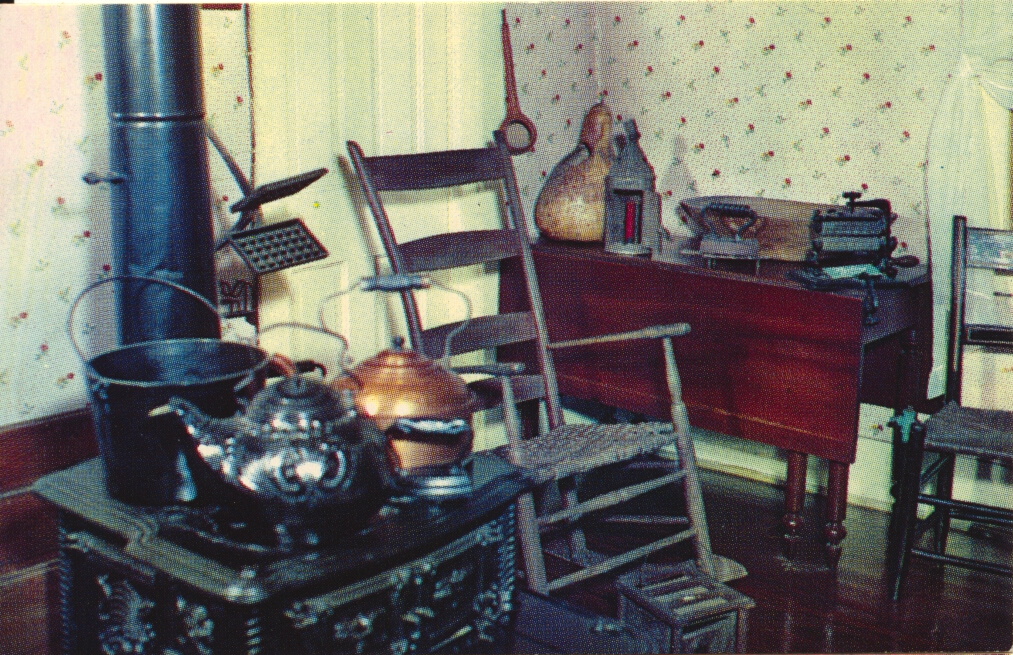 The Kitchen in Mark Twain’s Boyhood Home, the Tom Sawyer House, in Hannibal, Missouri. A charcoal foot-warmer sits before the ancient rocker. On the table is a candle-lantern, and a fluter (device for putting ruffles in dresses and curtains) with a crank. Brass and iron kettles gleam on the “Geneva No. 7” stove 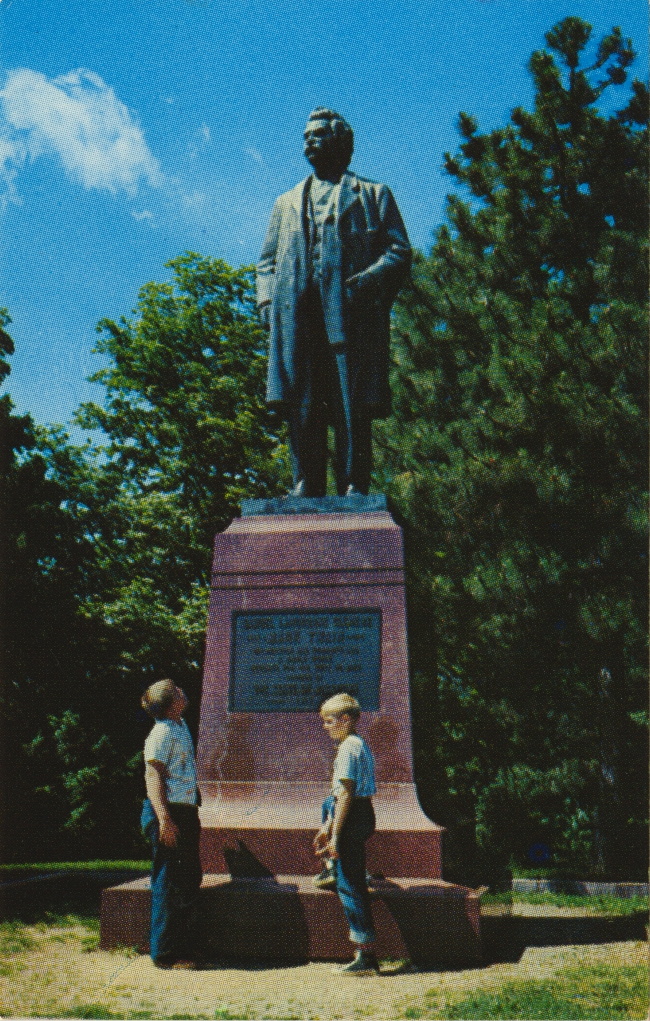 Stature of Mark Twain in Riverview Park, Hannibal, Missouri. Erected by the State of Missouri in 1913, the sculptor was Frederick Hibbard. The inscription reads: “His religion was humanity, and a whole world mourned for him when he died.” The heroic bronze figure looks out from a three-hundred foor bluff over the river that he played on as a boy and navigated as a pilot. On a clear day places twenty miles and more away may be seen from here.

These photos are also likely from the 1940’s.