This postcard is a closeup of the famous memorial to the Swiss Guards who defended the French Monarchy against the revolutionary mobs in France in 1792. The card has as its only legend the Swiss name Löwendenkmal. 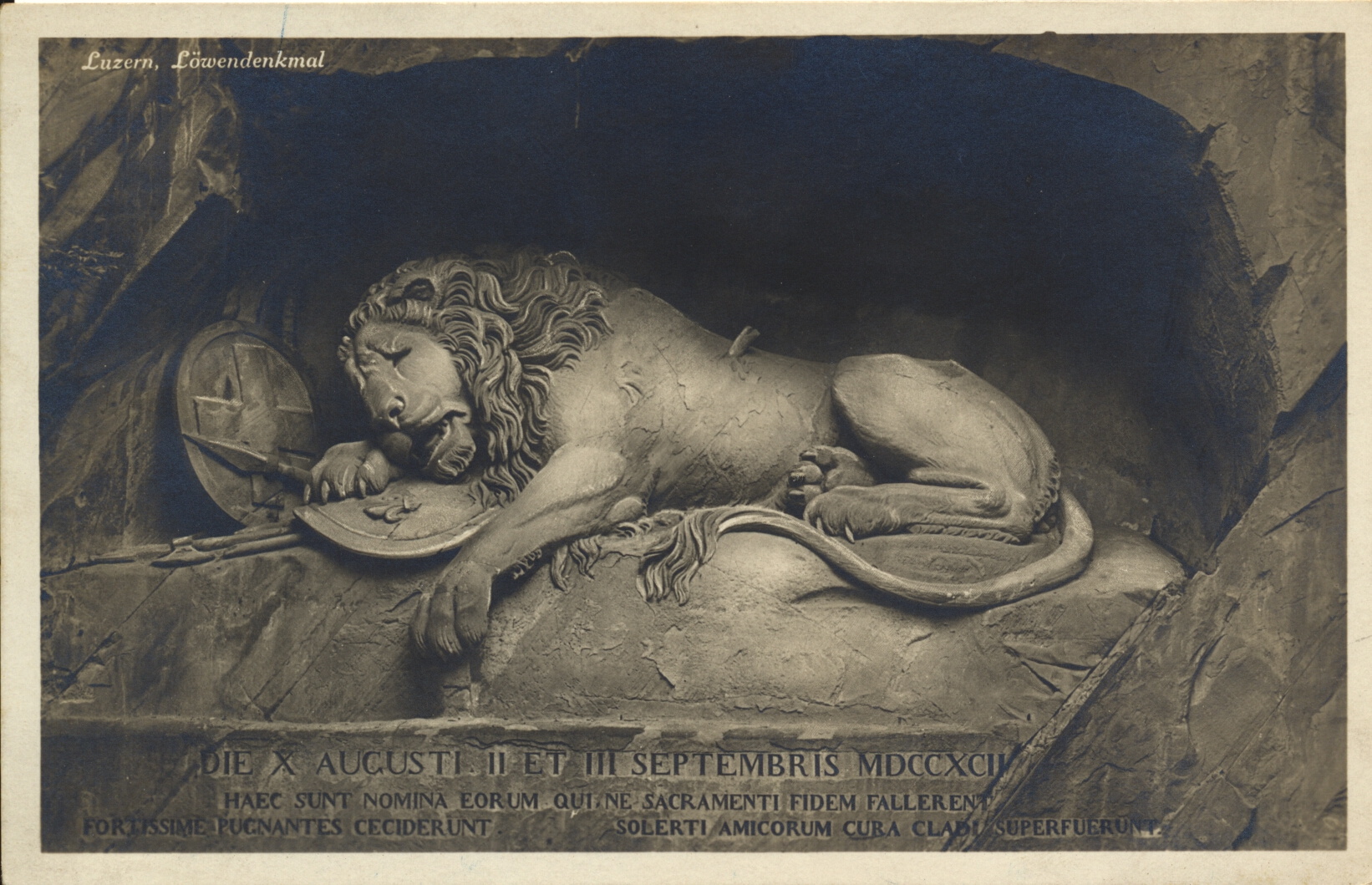 The inscription below the lion is much longer than shown here, and includes the names of many of those who died in the defense. The postcard was likely purchased in 1930, though the artwork has not changed meaningfully since its creation.

1 thought on “The Lion of Lucerne, Switzerland”