This is a rather ostentatious monument to the man who ruled over Germany in the latter half of the 19th Century.  Though it is called the Kaiser Wilhelm Monument, there are several hundred such monuments of various types dedicated to him. 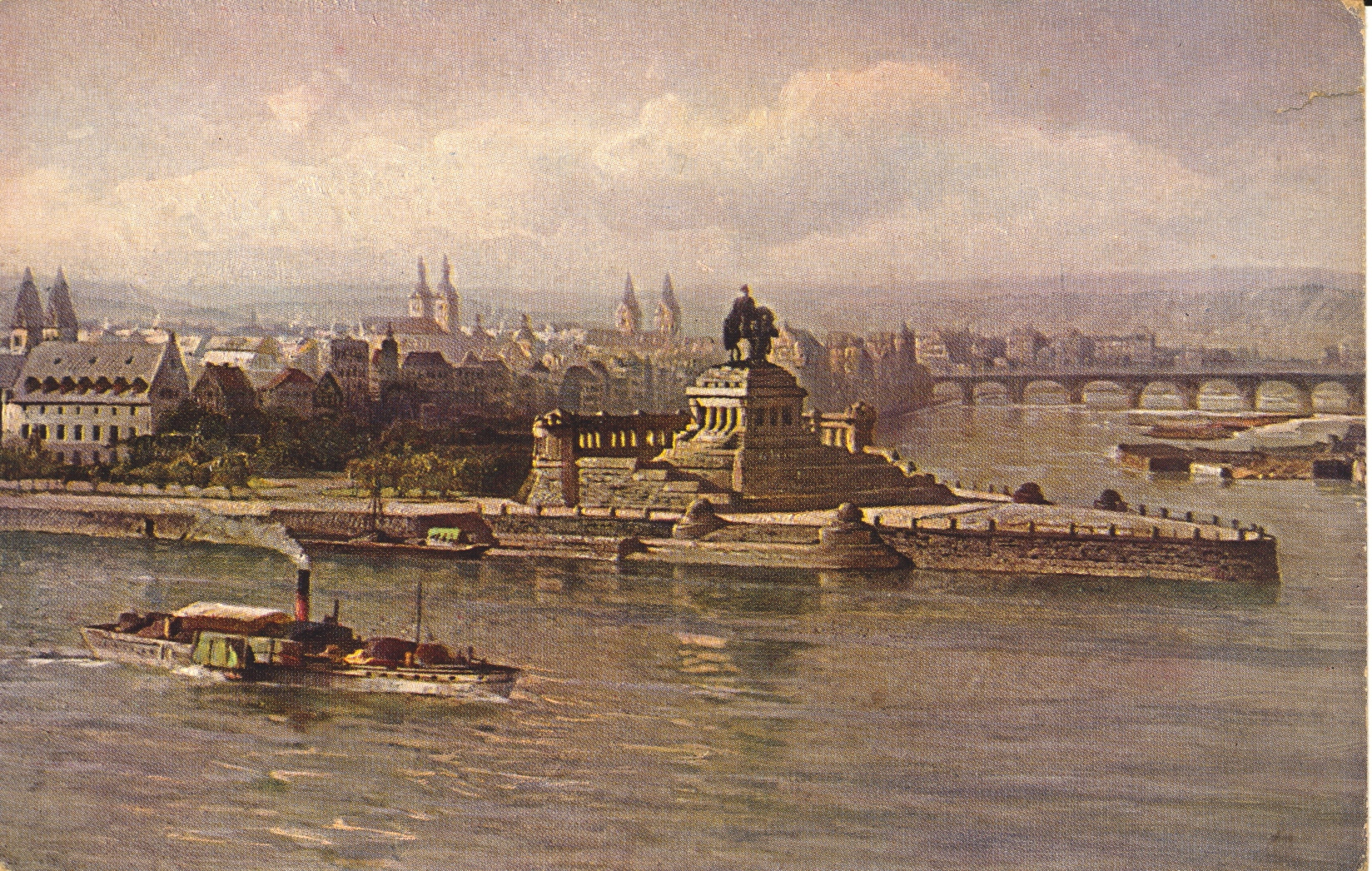 Too bad his son wasn’t a particularly good leader or military commander, since it meant the end of the monarchy in Germany along with the destruction of its empire. The text on the back of the card translates as:

The Kaiser Wilhelm Monument at the German Corner, located at the confluence of the Rhine and Mosel, is one of the buildings that was built in honor of Emperor Wilhelm 1 of Germany. Two Berlin artists are its builders: Professor Bruno Schmidtz and the sculptor Professor Hundrieser. The monument was inaugurated in 1897.