Next is a view of the “Mouse Tower” a keep in the middle of the Rhine river on a small island. 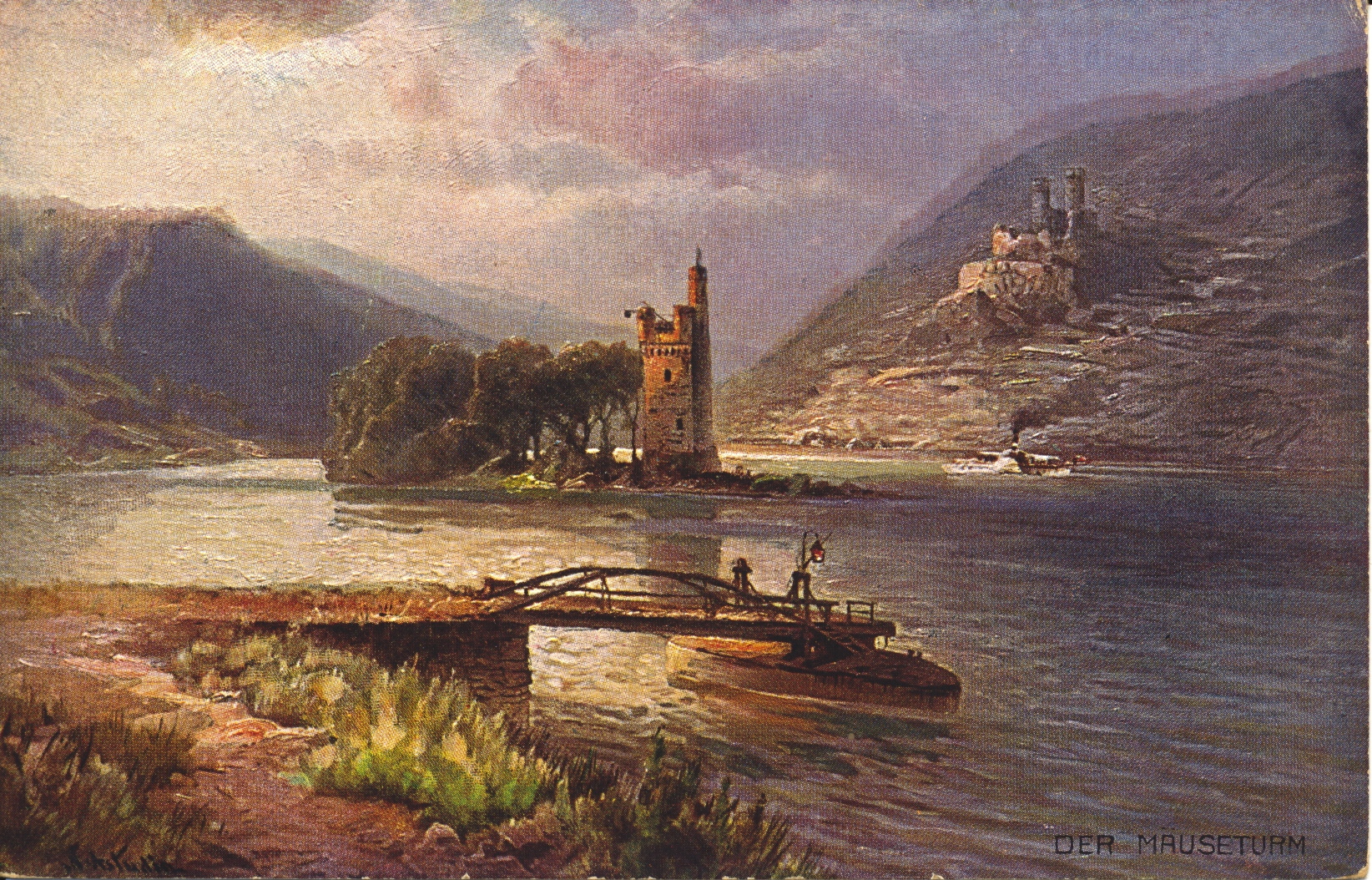 The description on the back of this card, translated from German:

The Mouse Tower on the Rhine near Bingen received its present form in 1856, but has existed since the mid 13th century. The grisly legend, the scene of which it forms, Rutland tells in his book Tell Rhine. Today the Mouse Tower serves as a signal light for shipping. About Rudesheimer against the mountain we see the glorious ruins of the castle rock.