The end of the week returns to California, with an aerial view of SFO, showing the terminal in the upper left and one ‘pinwheel’ terminal, in use by United Airlines. From the presence of DC-8 jets at several jetways, this picture looks to be from around 1970. 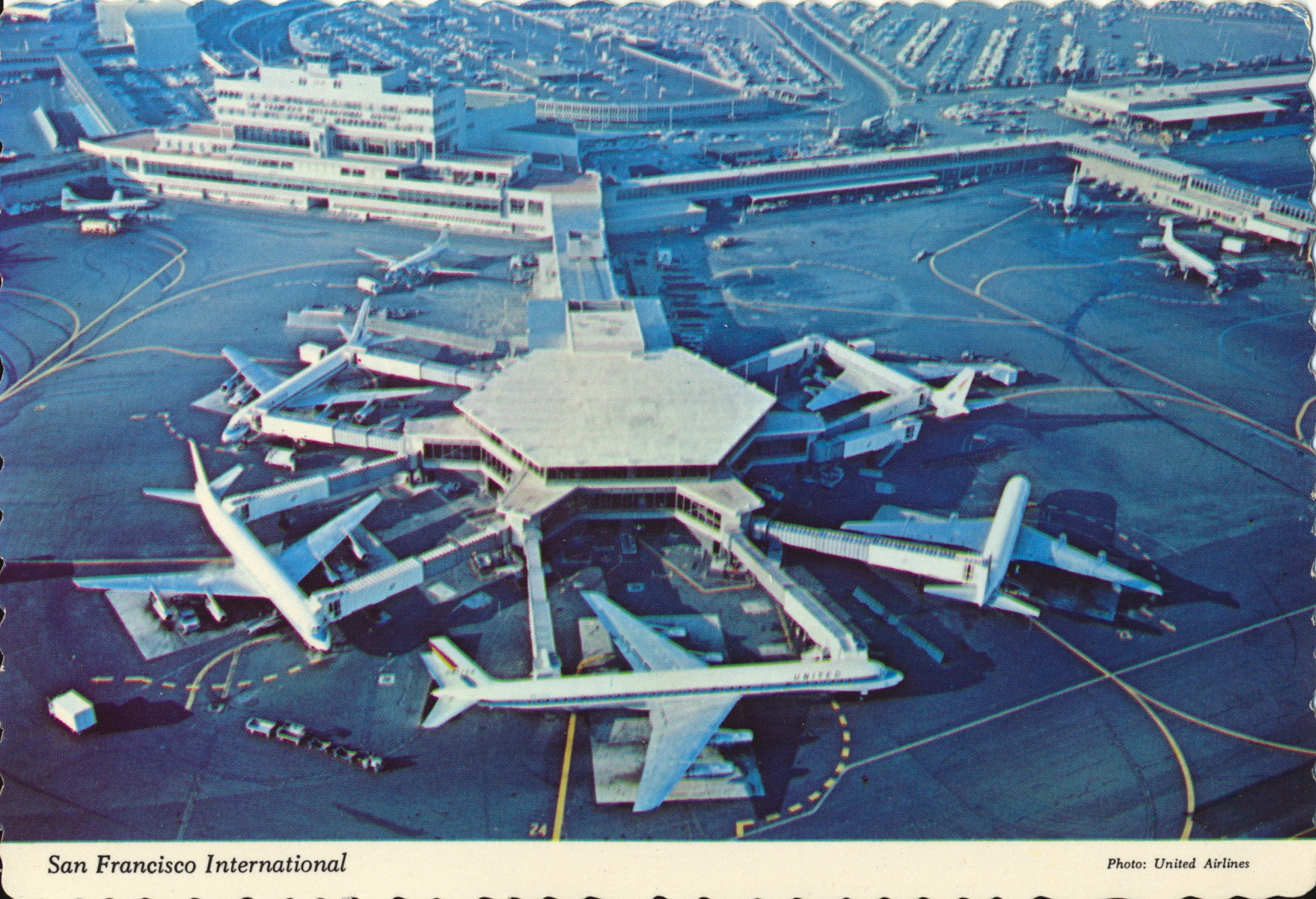 SFO doesn’t look much like this any more. The terminals have been extensively rebuilt with a new international terminal added, the parking area is now a multi-level garage with additional garages to the upper right and off the picture at the top. There is a tram that cycles between the different terminals, and the BART (Bay Area Rapid Transit) line is now linked to the airport as well.

It is also interesting to note that most of the airplanes are connected to the terminal with two jetways, one at the front and back of each plane, a policy which has since been abandoned. Now planes are boarded through one jetway, a much slower process, particularly for the larger capacity aircraft.