Returning to the United States, here’s a card from one of the many hotels which dotted the 50’s landscape for the auto traveller. This one was wisely built at the intersection of two US highways: 14 and 16 in Rapid City, South Dakota, giving it an enviable location to entice weary travellers. 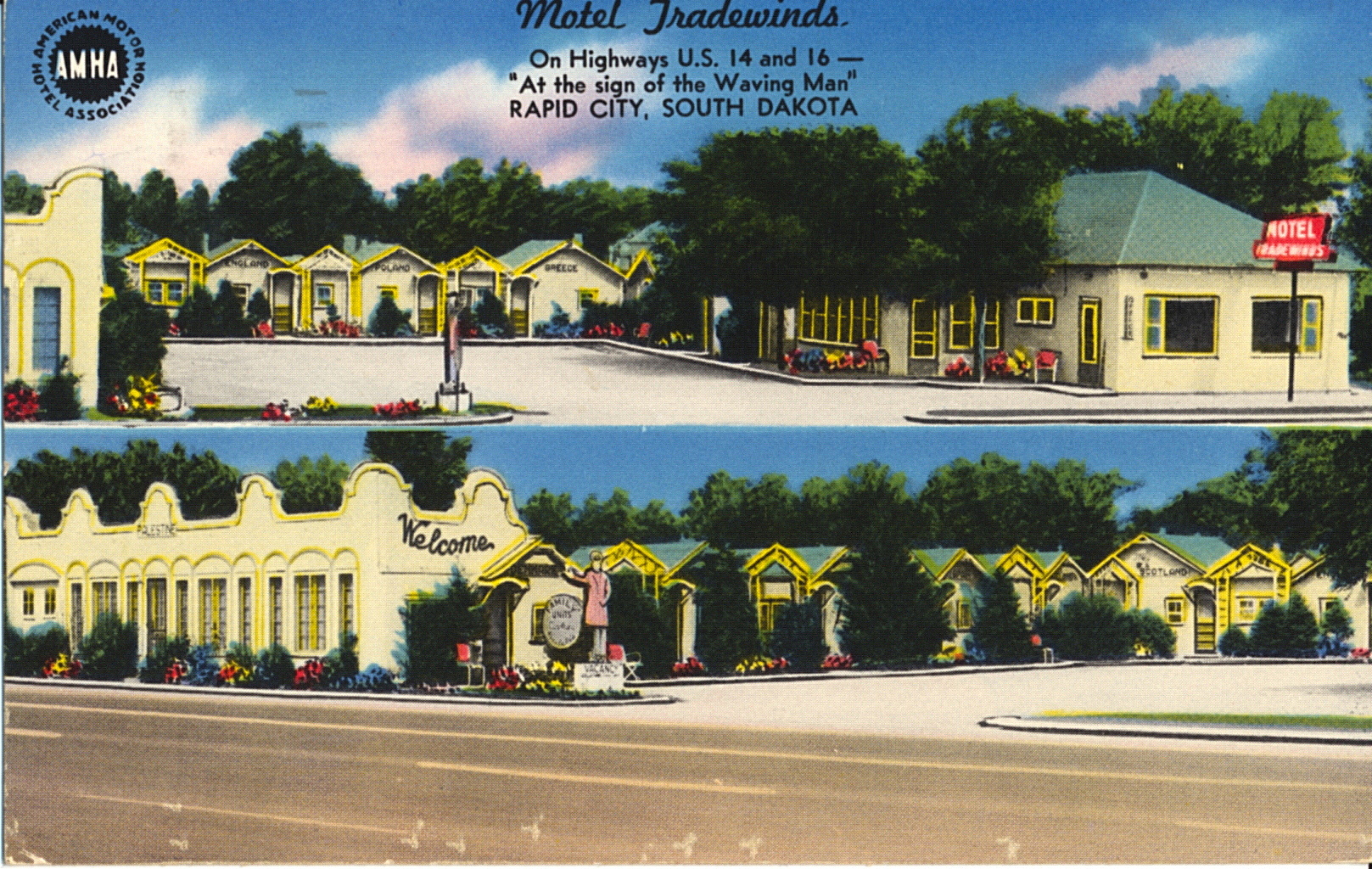 Careful viewing will discover the various rooms are named for European nations. In the upper shot the cabins are England, Greece and Poland, in the lower shot is Scotland in the background and Palestine in the left foreground along the road. In other versions available on the web this latter cabin appears to have been renamed Finland.

Captioned on the back
Motel Tradewinds, on US Highways 14 and 16, East Side of Rapid City, South Dakota – “At the sign of the Waving Man – Fifteen modern family units, individually heated, with or without cooking facilities. For reservations Phone F I llmore 2-7632. Your hosts Mr. and Mrs. Robert W. Beach

The postcard is used and postmarked August 30, 1956. A cursory search of the address online indicates the motel was demolished and replaced.