Here’s the first post in a long running project to exhibit most of the postcards in my collection. I acquired them from a number of my relatives who collected them in their travels around North America and the world. During the mid-20th century, post cards were regularly mailed by travelers to relatives and friends remaining home, or collected as pictorial souvenirs of the locations they visited when cameras were expensive, limited and film development often unavailable.

The majority are from the mid-century, but some are both earlier and later.

This one begins with a world famous location: the section of Lombard Street in San Francisco, CA with elaborate turns, multi-level housing and beautiful flower beds along the way. 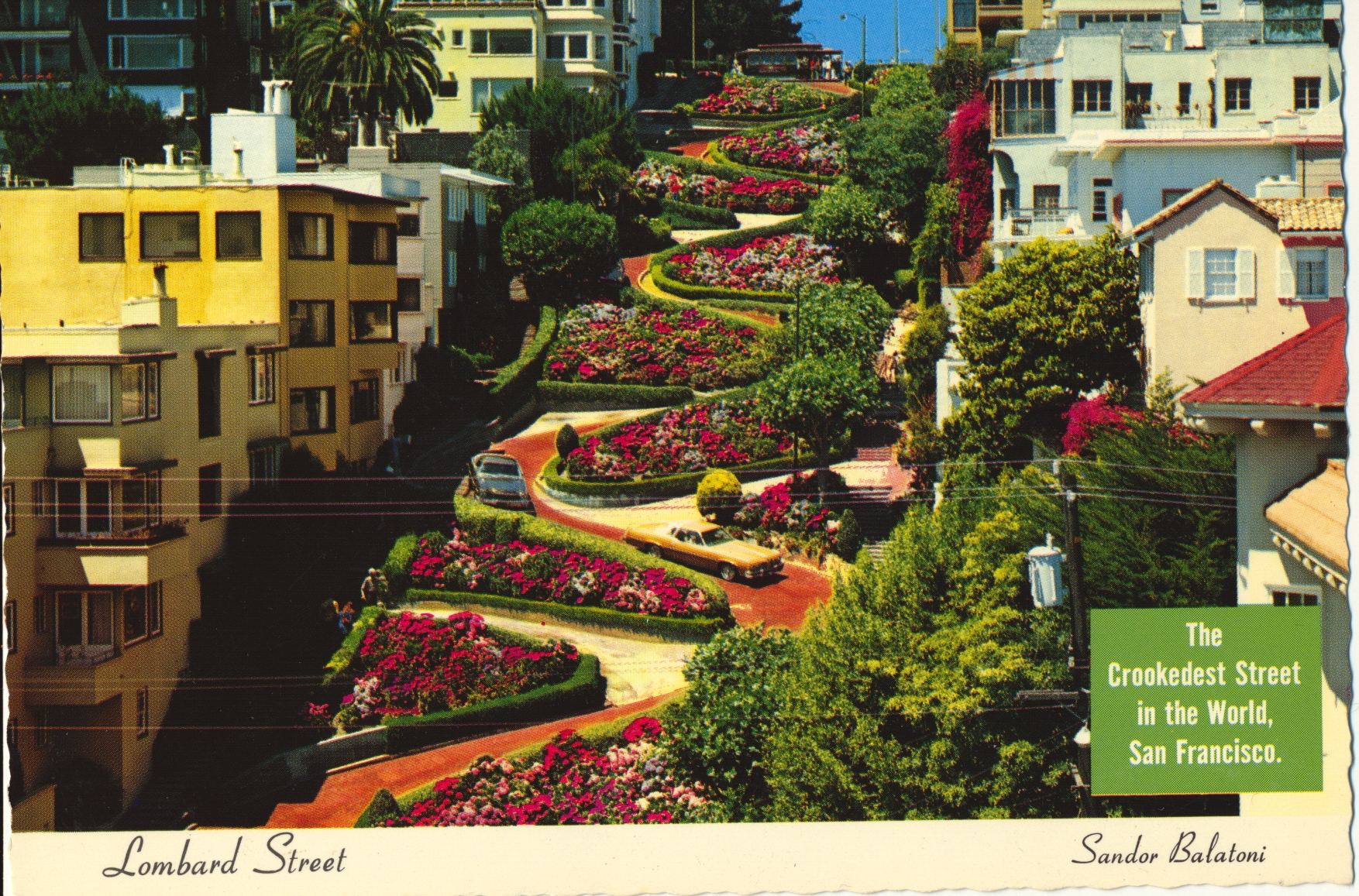 A cable car passes above the crookedest street. Red brick and colorful flowers highlight this beautiful landmark in San Francisco.